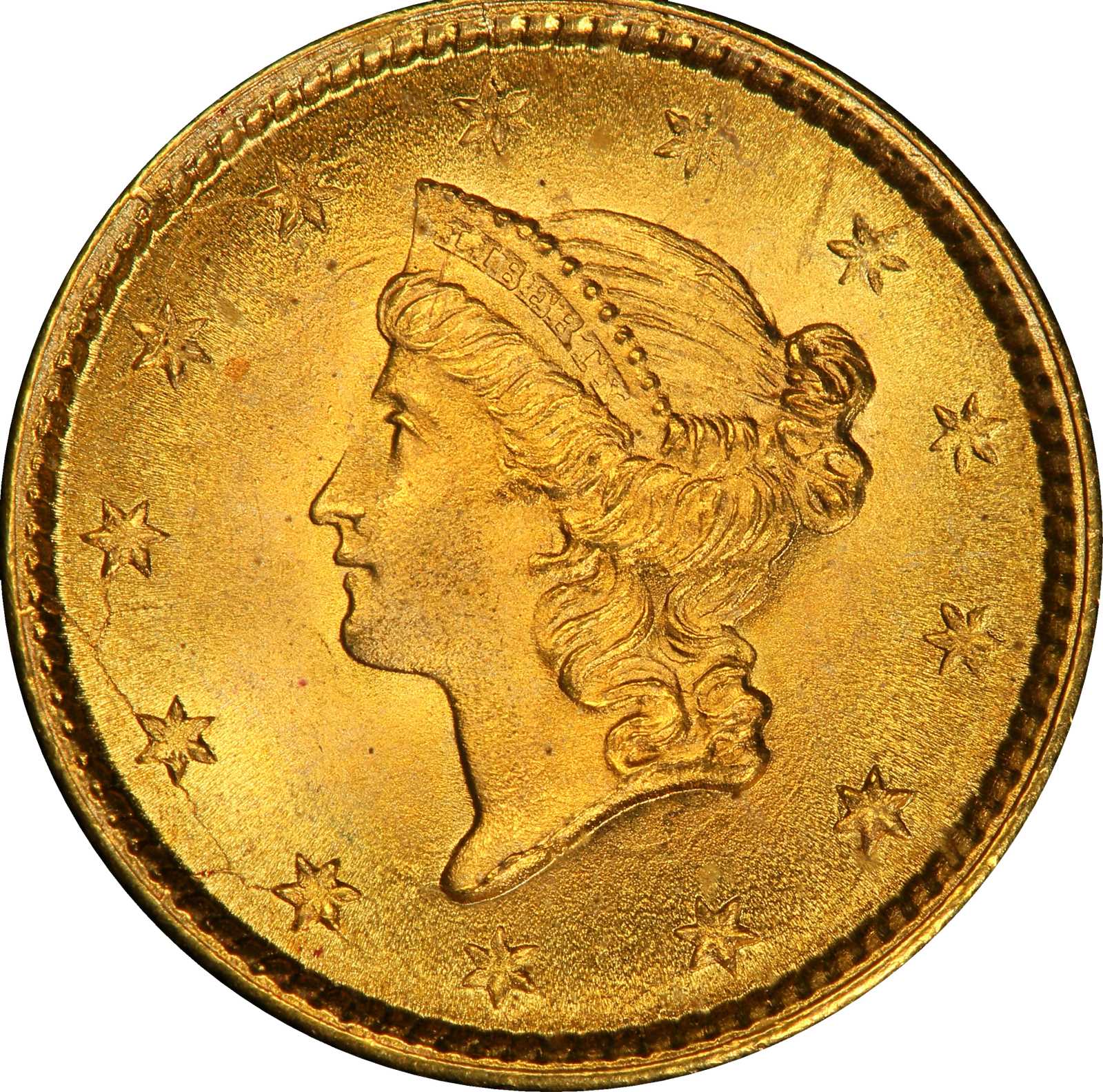 1853 Gold Dollar. MS-68 (PCGS). CAC. This is an incredible example that displays frosty luster that blends nicely with handsome golden-orange patina. A few blushes of even more vivid reddish-gold iridescence are evident here and there. The surfaces are free of even the most trivial blemishes; several interesting obverse die cracks at the left border and along the truncation of Libertys neck are as made. Striations in several areas in the reverse field and faint clash marks at the back of Libertys head can be seen under a loupe, and they are also as made.Because the price of gold had fallen so much in relation to silver in the early 1850s, many of the silver coins in circulation ended up in the hands of precious metals dealers. The desire for a gold dollar to use in commerce reached its zenith in 1853, helping to drive a record-setting mintage of 4,076,051 pieces at Philadelphia. Most Mint State 1853 gold dollars are at the lower end of the scale. While Gem specimens may be found with some ease, above MS-66 the population drops sharply. NGC has no record of any example above MS-67, while PCGS records four above that level, including this. Here is a coin that will attract a lot of attention from advanced specialists and Registry Set participants. From the D. Brent Pogue Collection. Earlier, from Heritages FUN Signature Sale of January 2003, lot 8380; our (Bowers and Merenas) Baltimore ANA Auction of July-August 2003, lot 2419; Heritages CSNS Signature Sale of May 2004, lot 8979.