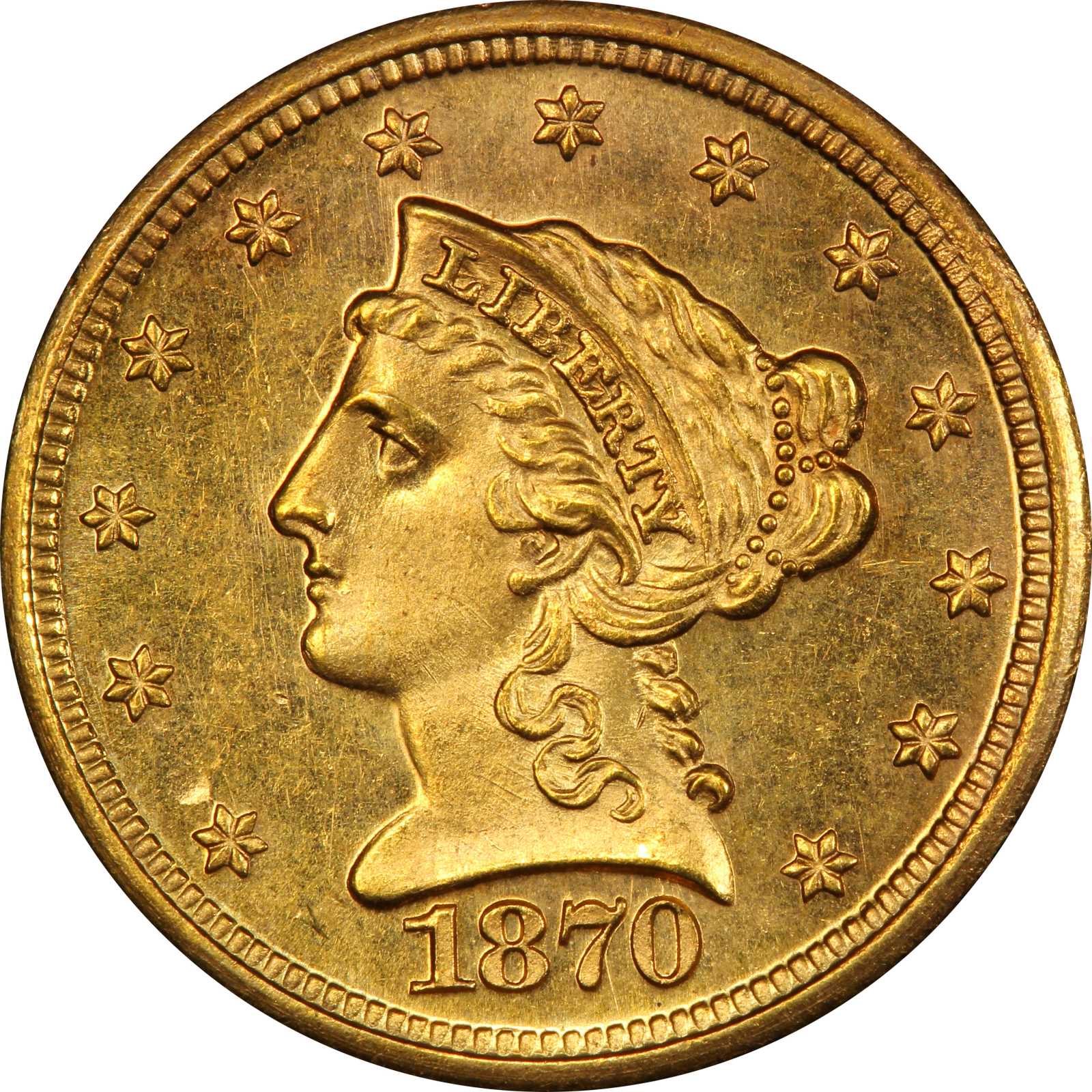 1870-S Liberty Head Quarter Eagle. MS-64 (PCGS). CAC. Boldly prooflike in finish, this beautiful example is enhanced by a full, vivid rose-orange patina. Both sides are sharply struck throughout the design with remarkably smooth surfaces for this scarce and conditionally challenging issue. A faint planchet drift mark (as made) on the reverse at the letter E in AMERICA serves a useful identifier for this Condition Census near-Gem.In 1870, almost all of the San Francisco Mints gold was directed toward the production of double eagles, of which nearly a million were struck. The other gold denominations were struck in quite small quantities, the most famous of which is the unique (and noncollectable) 1870-S three-dollar gold piece. Although gold coins were by far the preferred medium of exchange in the West and had been for many years, only 16,000 quarter eagles were struck at the San Francisco Mint in 1870. While a small quantity, it represents more than four times as many coined at Philadelphia.The coins entered circulation and were swiftly absorbed into everyday life in the West where they saw considerable use; few numismatists were around to save them. By the time interest in collecting by mintmarks took off in the 1890s, the issue was found to be a rarity in any condition. What few remaining examples that could be found had already seen significant circulation, and most surviving pieces fall between VF and AU. Mint State examples are prohibitively rare; PCGS notes only 13 certification events for all Mint State grades combined and even estimates that no more than seven such individual coins likely exist. None reaches the Gem level. This solitary PCGS MS-64 is joined by a specimen certified at NGC at the same grade level. The remarkable state of preservation of the Pogue coin is a testimony to persistence and perseverance. A true prize for the advanced numismatist. 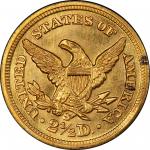