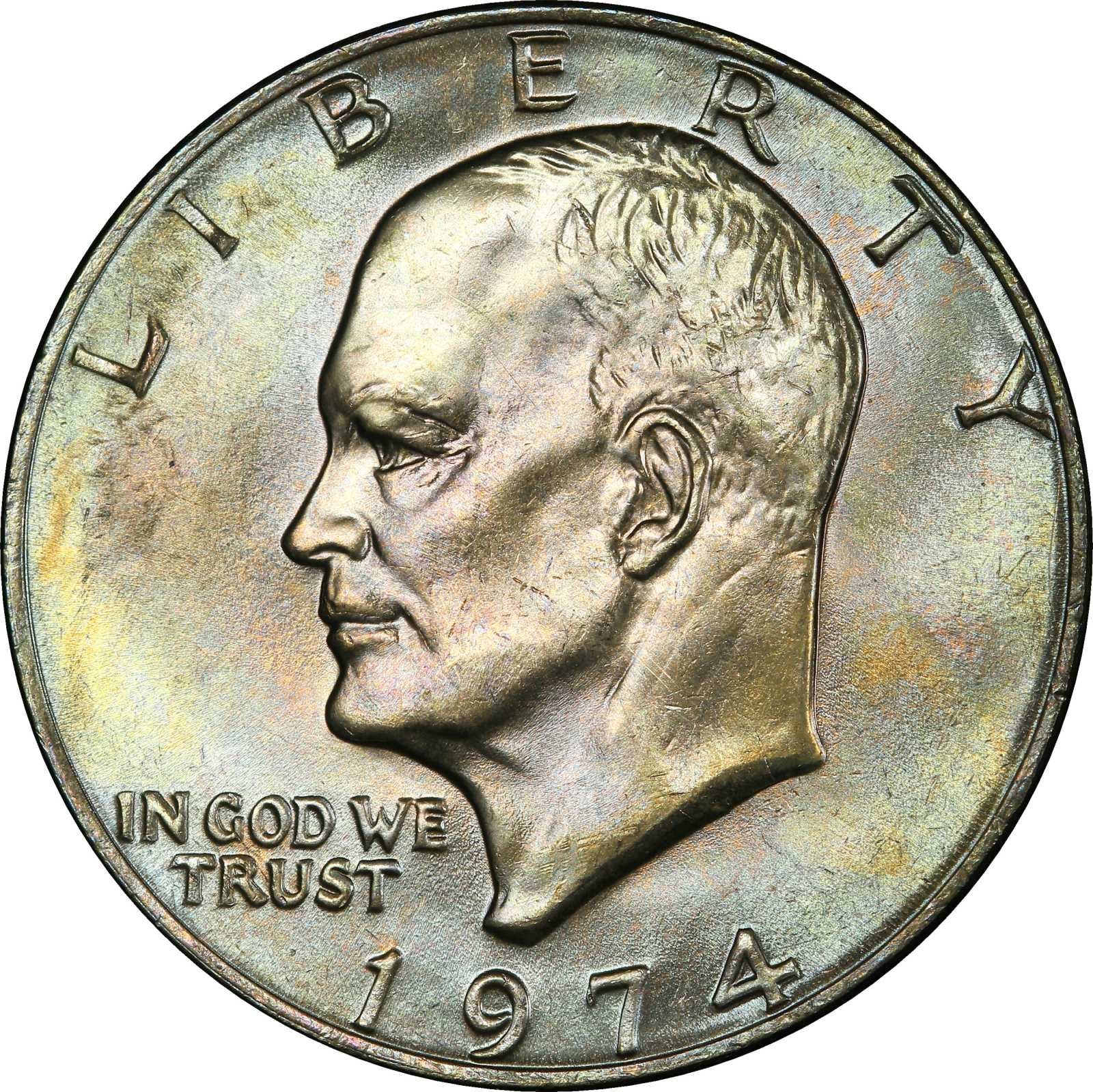 1974 Eisenhower Dollar. MS-66+ (PCGS). CAC. Predominantly pearl gray surfaces reveal intermingled powder blue, olive-gold and pale pink highlights under a light. Expertly produced and very carefully preserved.With a mintage of more than 27 million coins, the 1974 cupro-nickel Eisenhower dollar is not a rare issue. However, not a lot of attention was paid to it at the time of production and few Gems are known. Several factors account for the lack of nice examples; they were carelessly made and had overall low relief making them more susceptible to early wear especially when jostled around in pockets or stored in sacks. In addition, once the novelty of the coin wore off, the only real customer for them was casinos where they spent time in dollar slot machines getting all sorts of mechanical damage. Assembling a top tier collection of Eisenhower dollars can be surprisingly formidable. Only a single MS-67 is recorded at each of the certification services with none finer, making this MS-66+ specimen a find.