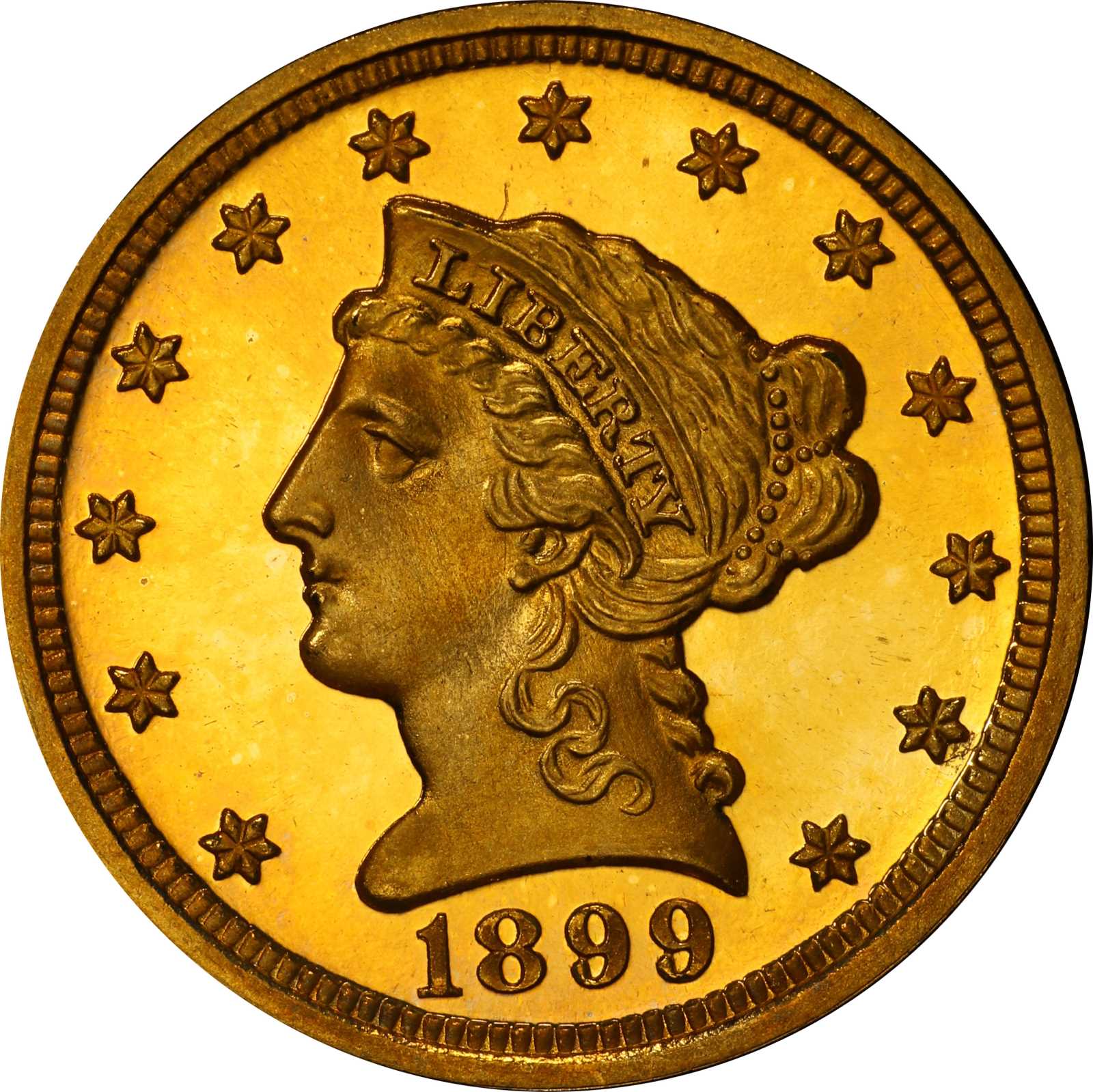 1899 Liberty Head Quarter Eagle. JD-1, the only known dies. Rarity-4. Proof-68 Deep Cameo (PCGS). CAC. One of the finest of the 150 Proof quarter eagles coined for the year of 1899, this Superb Gem features thick mint frost to Libertys portrait, the eagle and all stars and lettering. The present coin is as close to perfection as one could possibly hope to acquire. There is a tiny lintmark up from Libertys head above the letter I in LIBERTY, and another extending off the tip of the arrow feather on the reverse. These lintmarks (as made) were imparted by microscopic thread fragments that adhered to the dies during the coining process, as they were frequently wiped between strikes by the coiner. Lintmarks are normally unique to each Proof coin struck, and often move around between strikes, although occasionally they remain stationary and appear on a number of Proofs struck of a given issue. The lintmarks here helped us to identify our earlier offering of this coin. There is a hint of natural coppery haze in the fields, and the rich reddish-orange color is ideal for a Proof gold coin from the late nineteenth century. In contrast, many less desirable pieces have been "brightened" by chemical treatment. This is a simply stunning example of this rare issue, among the finest of 90 to 110 believed extant (per John W. Dannreuther, <em>United States Proof Coins, Volume IV: Gold, Part One</em>, 2018). A highlight of the gold offerings in the present Pogue catalog and worthy of strong bids. From our sale of the ABI Collection, August 2011 Chicago ANA Sale, lot 7925.