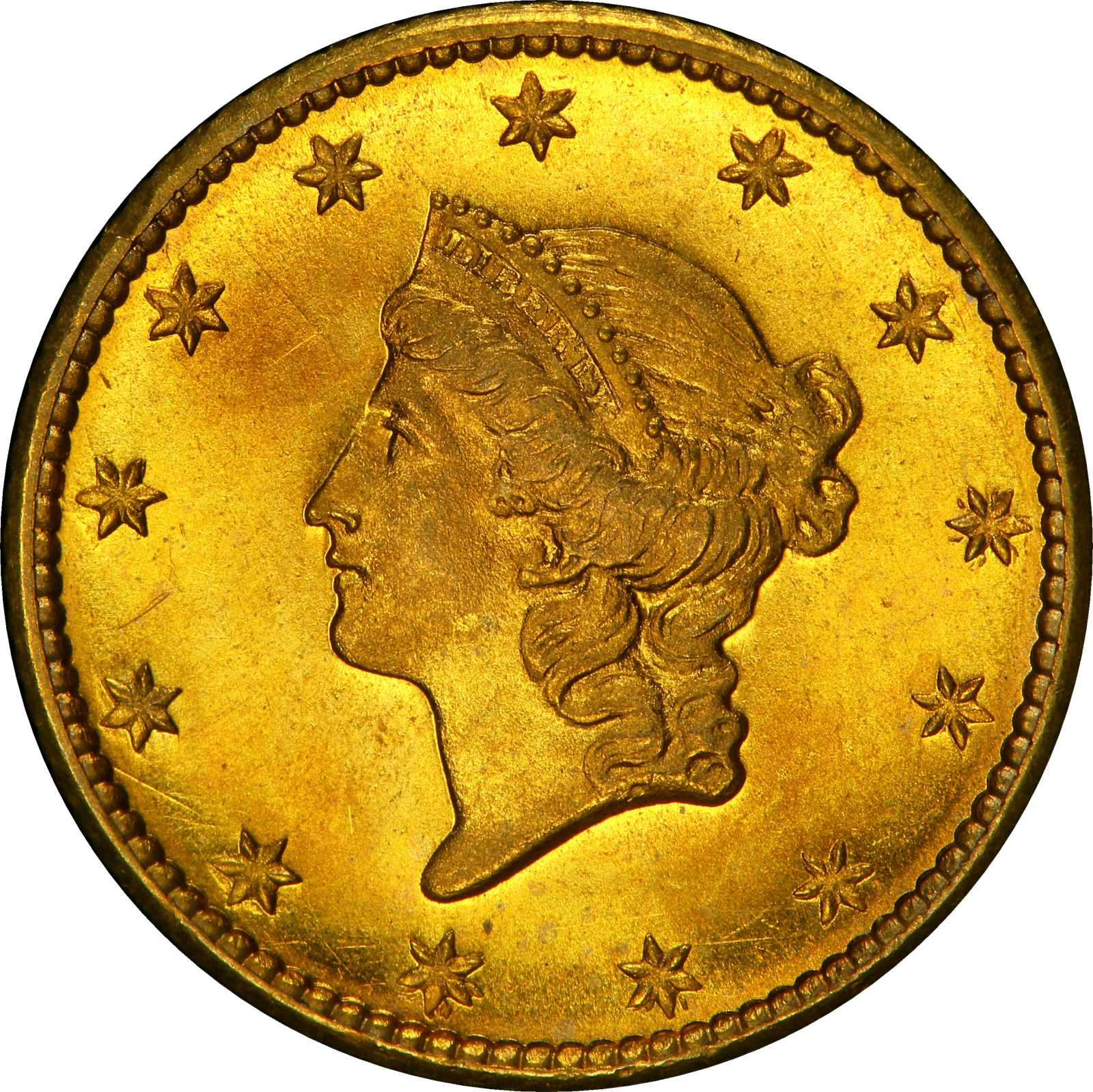 1849 Gold Dollar. Open Wreath, No L. Dannreuther-1. Normal Stars. MS-67 (PCGS). Featuring golden-orange patina and frosty mint luster, this phenomenal Superb Gem also has a razor sharp strike throughout the design. The gold dollar denomination has its origins in the Appalachian Mountains of North Carolina with a family of German jewelers and gunsmiths, the Bechtlers who, in the 1830s, began striking gold brought to them by local miners into smaller denominations, including gold dollars, a denomination that was not being made by the U.S. Mint. These were a success in the region and soon the coins were accepted in trade throughout the South.Officials at the Mint took notice of the success of the Bechtlers gold dollar and started producing patterns for a one dollar gold piece beginning in the 1830s. Not much came of these proposals until 1848 when vast quantities of gold started coming out of California. In 1849, two new denominations were added to the nations coinage, the $20 double eagle and the gold dollar (although the $20 coins were not produced for circulation until 1850). While various patterns were proposed, including a version with a hole in the center, ultimately James Longacres design with a bust of Liberty wearing a coronet on the obverse and wreath surrounding the denomination on the reverse was adopted. On May 7, the No L 1849 gold dollars were struck from one obverse die paired with two reverse dies. Those two reverse dies were found to have cracked easily leading to some minor modifications to the obverse hubs. At the same time Longacre added his initial L on the truncation of Libertys neck. This variety comprises a tiny fraction of the 688,567 coins produced in 1849. The majority of grading events are between MS-61 and MS-65, with quantities dropping off dramatically as the grades go up. Only two grading events are noted at the Superb Gem level at PCGS. Here is a remarkable near-pristine example of the first official gold dollars struck.