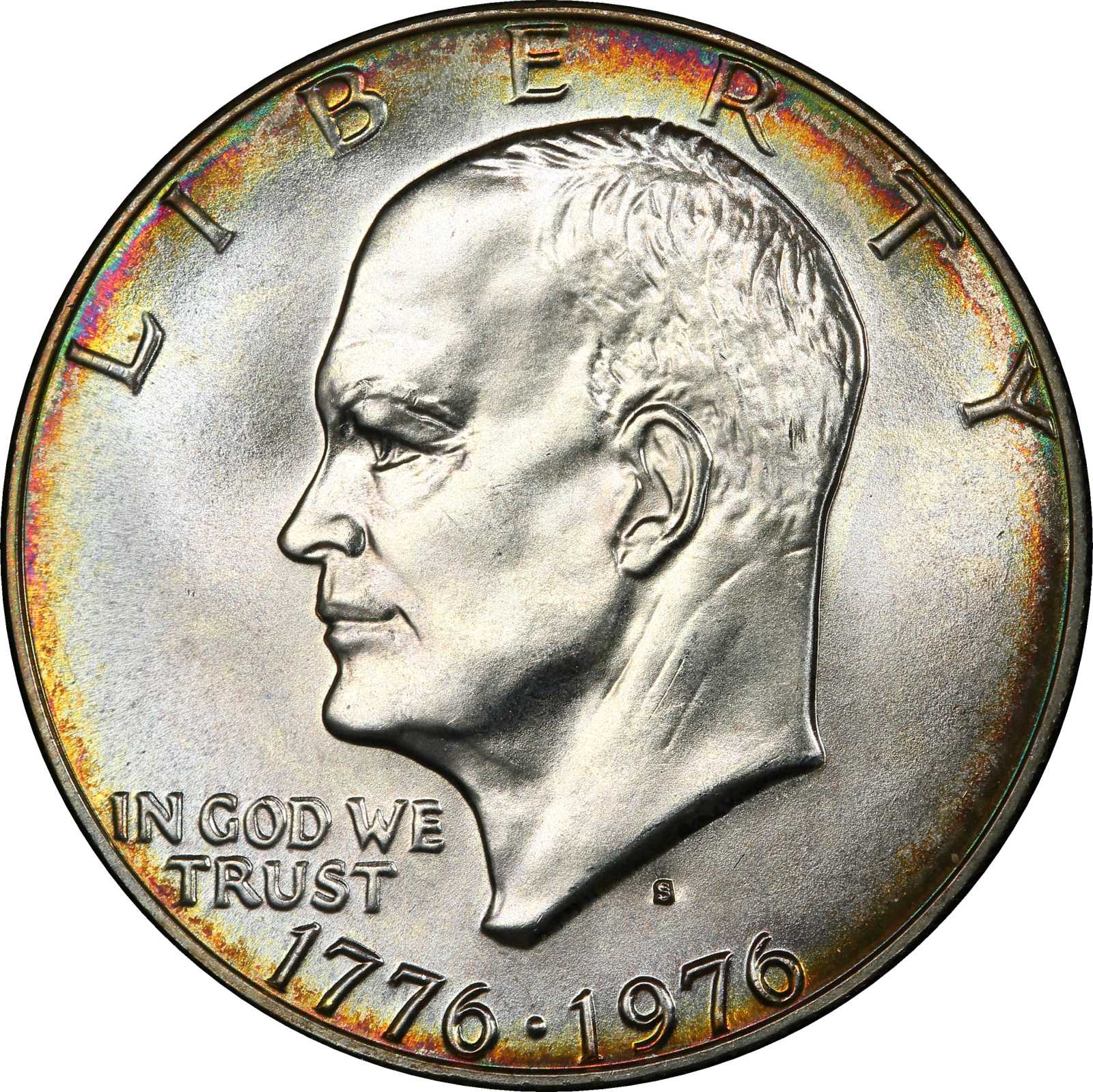 1976-S Eisenhower Dollar. Silver Clad. MS-68 (PCGS). Brilliant centers yield to peripheral toning in vivid reddish-orange, salmon pink antique gold and sea green frames, more expansive on the reverse. The surfaces are frosty throughout.As with the 1971 to 1974 issues, a special issue of 40% silver clad Bicentennial silver dollars was struck entirely at the San Francisco Mint and all with the Type I wide flat letters reverse. This proved to be the final issue in silver, as none were made in 1977 or 1978. The 11 million in silver were reasonably well struck and while many were saved for collections, the great silver melts around 1980 consigned more than a few into the crucible, with even more melted during subsequent runs on silver prices. Today, certified examples may be readily found in MS-66 and even MS-67, though the population begins a sharp dive above that level. MS-68 is about as fine as can be found, with only two finer graded MS-68+ at PCGS and a solitary MS-69 at NGC. With remarkable eye appeal due to the aforementioned toning, this is an above average example that is worthy of strong bids.