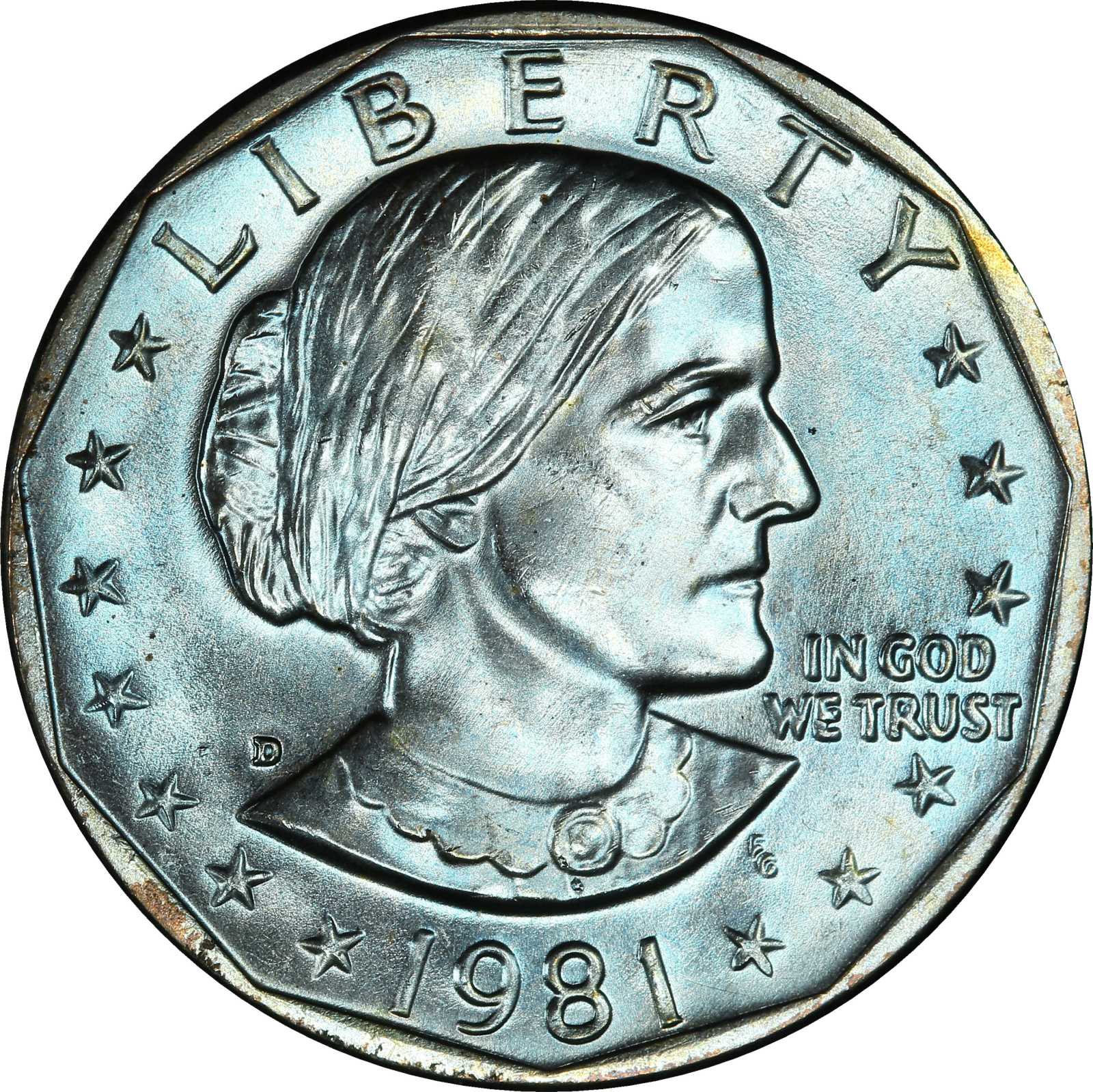 1981-D Anthony Dollar. MS-67 (PCGS). Outstanding cobalt blue iridescence blankets the obverse and central reverse, blending with slightly warmer olive-gold around the periphery on the reverse. A fully struck, highly lustrous coin with exceptionally well preserved surfaces for the design type.The Susan B. Anthony dollar has been one of the most aggressively disliked coins and often held up as an abject failure. Conceived as a replacement for the large and bulky Eisenhower dollar (almost exclusively used in casinos by this time), it was hoped that a smaller diameter coin would be better accepted. However, the diameter and edge reeding were similar to the quarter, few if any vending machines at the time would take the coins, and one dollar Federal Reserve Notes would continue to be printed. After only two years in circulation, in 1981 the coin was produced exclusively for collectors with only 3,250,000 struck at the Denver Mint, then abandoned until a brief resurrection in 1999 on the eve of the Sacagawea dollar. To this day, the legacy of that experiment has tainted the introduction of other dollar coins, which still resist active circulation. Even as a strictly numismatic coin, the 1981-D was not generally well made and those at the very top levels of preservation are remarkably scarce; PCGS has recorded not a single example above MS-67 and NGC has certified a solitary MS-68.