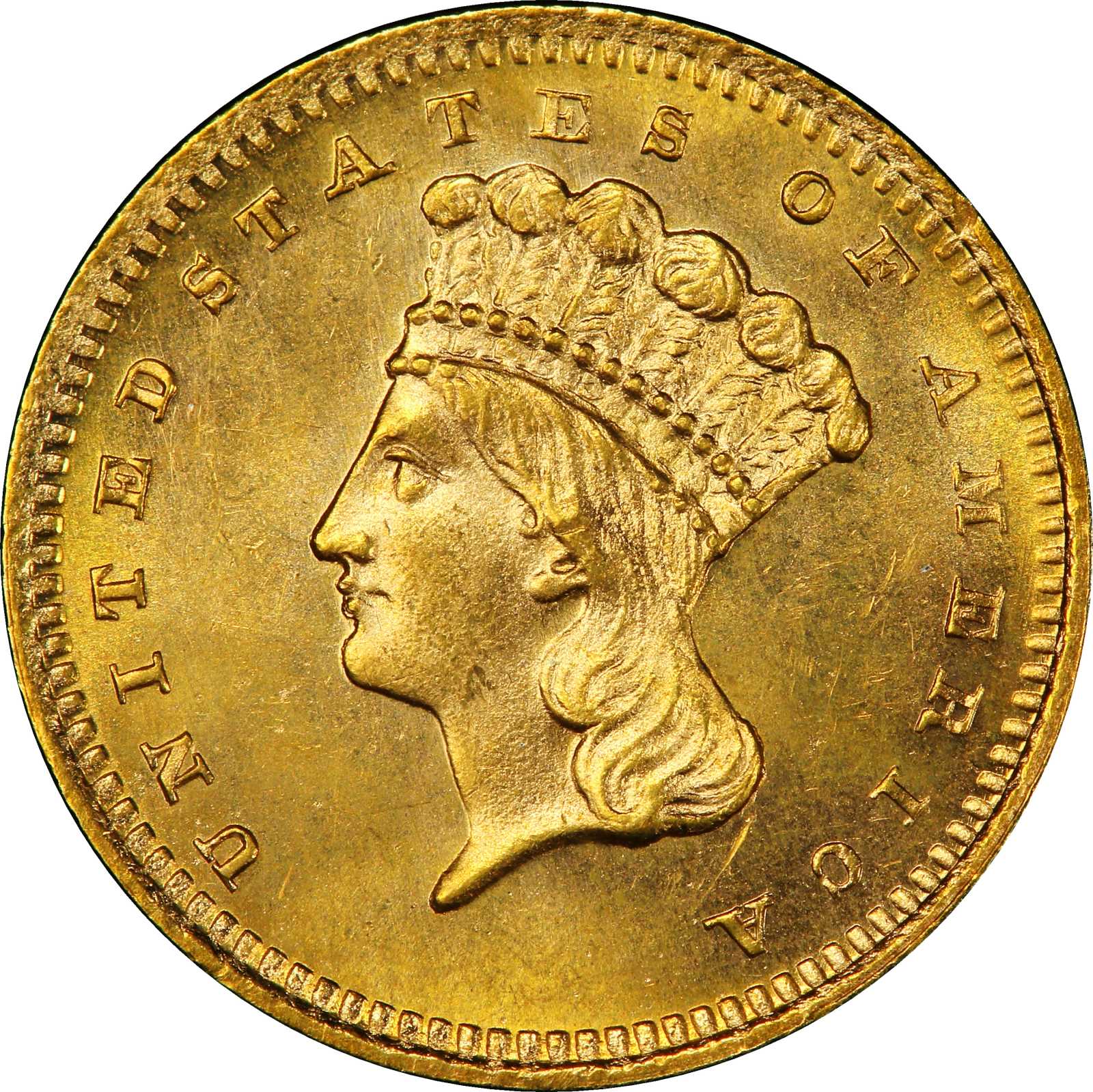 1870-S Gold Dollar. MS-65 (PCGS). Satin to semi-reflective surfaces display vivid medium gold patina. Fully struck with intricate detail throughout the design, this exceptionally well preserved Gem will be a highlight in the finest gold cabinet. The 1870-S issue was the last circulating gold dollar struck at San Francisco, which had last produced the denomination ten years earlier in 1860. The Type III gold dollar was only struck at the San Francisco Mint in five years: 1857, 1858, 1859, 1860, and finally in 1870. Even though the gold dollar had lost much of its general function in circulation in much of the country, gold dollars did see limited use out West, which was probably the impetus for coining 3,000 pieces in 1870. Dies were prepared for an 1871-S issue in December of 1870, but went entirely unused.Some of the 1870-S gold dollars entered circulation, but were also popular for coin jewelry, as were privately produced fractional gold "coins" (at this point better classed as tokens) and other small coins. However, the 1870-S was quickly noticed by a few numismatists in the 1870s and 1880s and some were saved with some modicum of care. Today, maybe a little more than a hundred or so are believed extant in any grade level, though primarily in the lowest Mint State levels. At the Gem level, this is a conditionally challenging issue that is seldom offered. The present specimen is nice enough to have caught the Pogue familys eye for excellence.