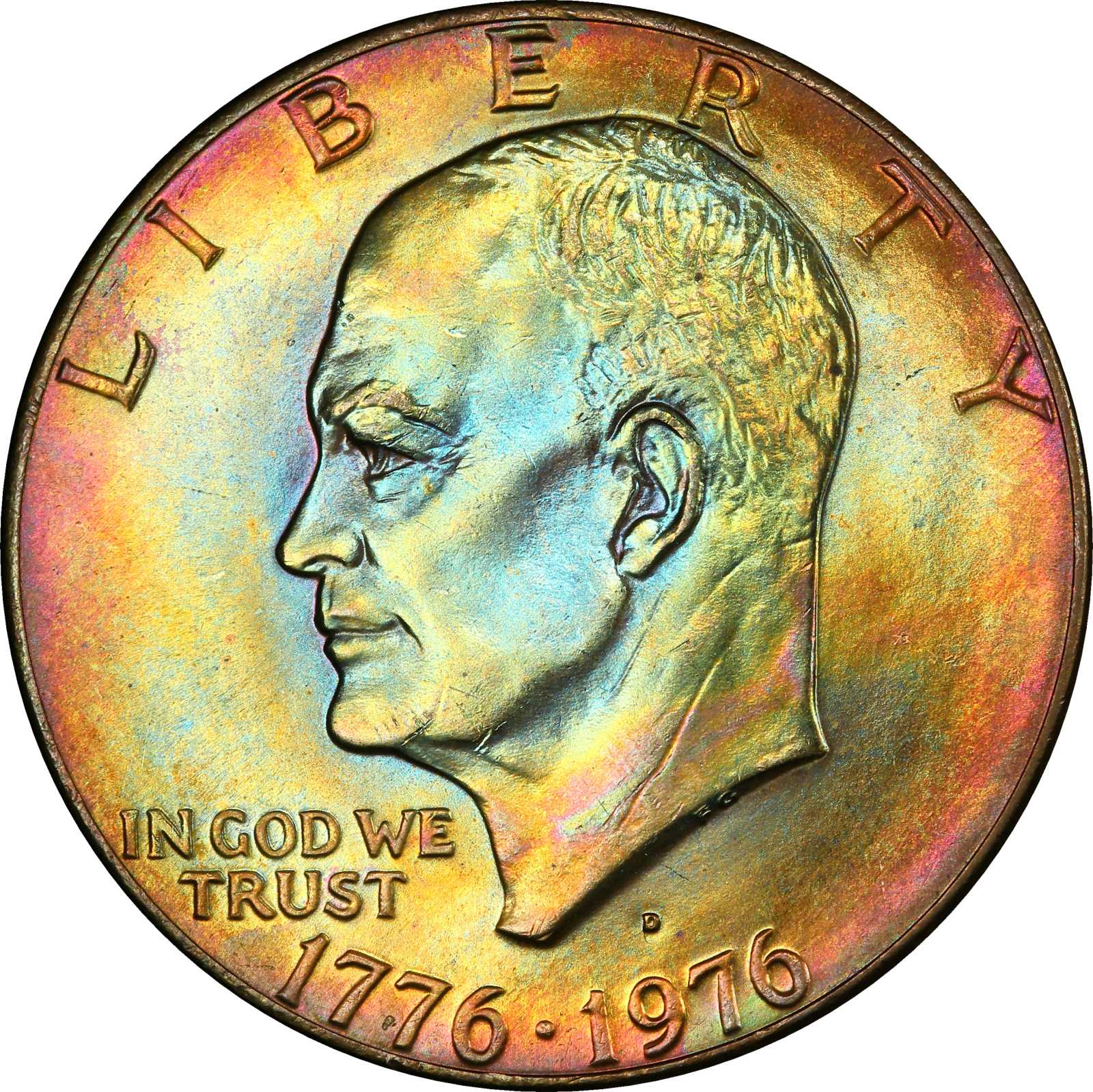 1976-D Eisenhower Dollar. Type II Reverse. MS-66 (PCGS). Seldom do copper-nickel clad Eisenhower dollars display the superb multicolored toning that adorns both sides of this Gem. Shades of burnt orange, deep rose, antique gold and blue gray are all very much in evidence. This beautiful and expertly preserved coin is sure to sell for a strong premium.In 1976, to celebrate the American Bicentennial, special reverses were designed for the quarter, half dollar, and dollar and each denomination bore the dual date 1776-1976. For the Eisenhower dollar, the Liberty Bell was superimposed over a representation of the Moon. Two different hub styles were used to coin over 100 million pieces. The Type I features large flat letters while the Type II, as here, features thinner more angular letters than before. Over 82 million were of the Type II reverse. As with many of the Eisenhower dollars, the 1976-D was not particularly well made as a whole, especially those intended for circulation, and was prone to damage. Only recently has careful attention been paid to this series, and the true rarity of such expertly preserved and well struck specimens is now coming to the fore.