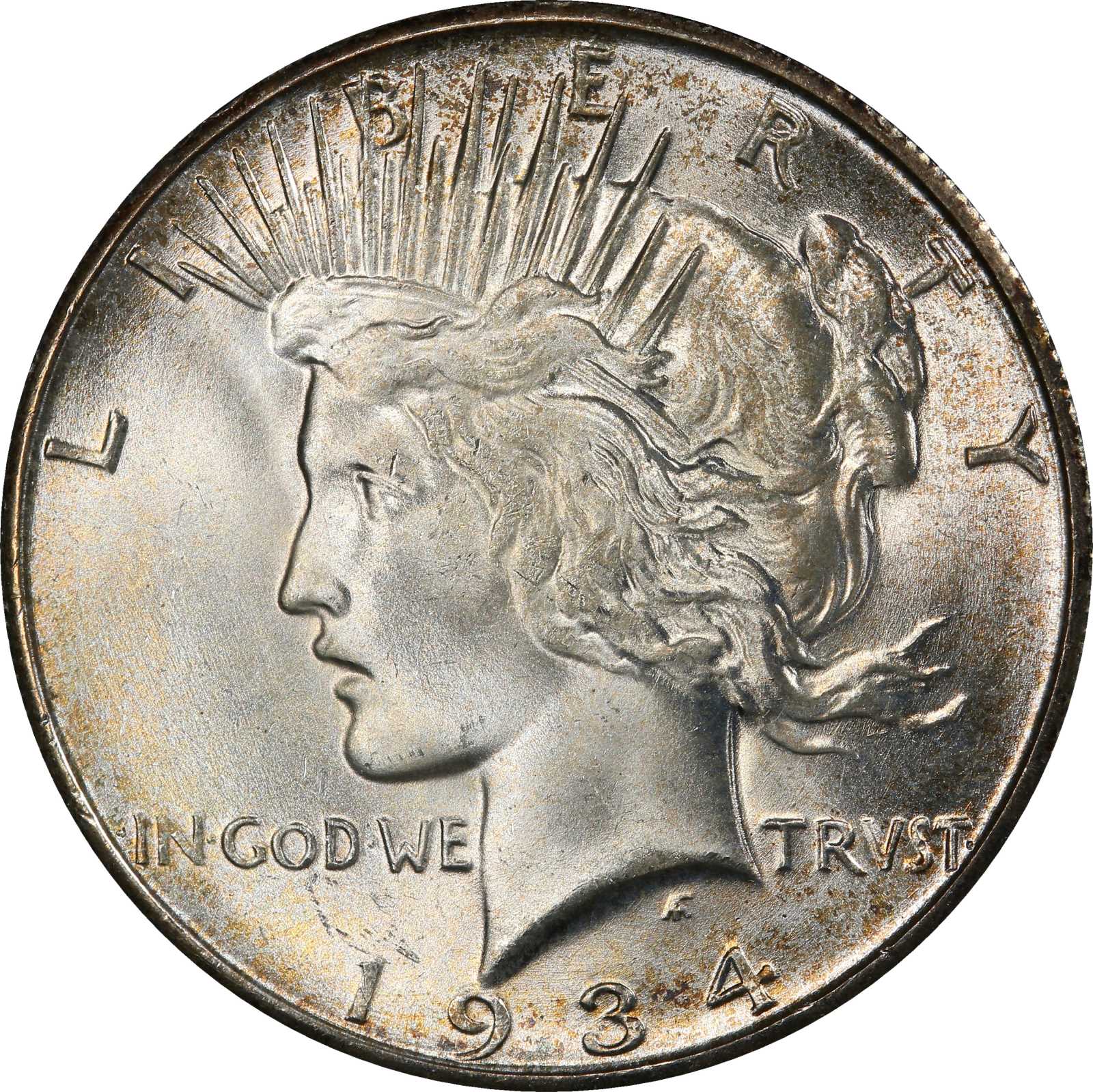 1934-S Peace Silver Dollar. MS-66 (PCGS). CAC. Lustrous satin white surfaces are lightly and attractively toned around the borders in mottled reddish-gold and olive-russet iridescence. The striking quality is superior for a San Francisco Mint Peace dollar and features sharp to full detail that even extends to central high points on both sides. Lovely!After a six year hiatus, the silver dollar resumed production at all three mints in 1934 for a brief two-year run before the denomination would be suspended again, this time effectively permanently. The San Francisco Mint coined 1,011,000 silver dollars in 1934 and many of these coins went directly into circulation in the West where the denomination was not as unfamiliar in daily use as it was in the East.For many years, the 1934-S went largely ignored by much of the numismatic world and was considered just an "ordinary" Peace dollar through much of the 1940s and 1950s. They could be bought in quantity for face value plus shipping expenses, though not in bag quantities, under the presumed impression that bags of the issue still lie in wait at the San Francisco Mint and local banks. Once the Treasury Department started paying out silver dollars in bulk, the true rarity of the 1934-S was realized. No more than a couple thousand examples were ultimately released and soon the coin was listed as a desirable key date, a status it retains to this day. The 1934-S is not the rarest Peace dollar at the MS-65 level - the 1923-S, 1924-S, and 1928-S are scarcer - but it is the rarest in terms of total number of Uncirculated coins extant. As a key to the series, the 1934-S is one of the most popular dates and is in constant demand. The acquisition of an MS-66 specimen, as here, is a noteworthy achievement. From the D. Brent Pogue Collection.