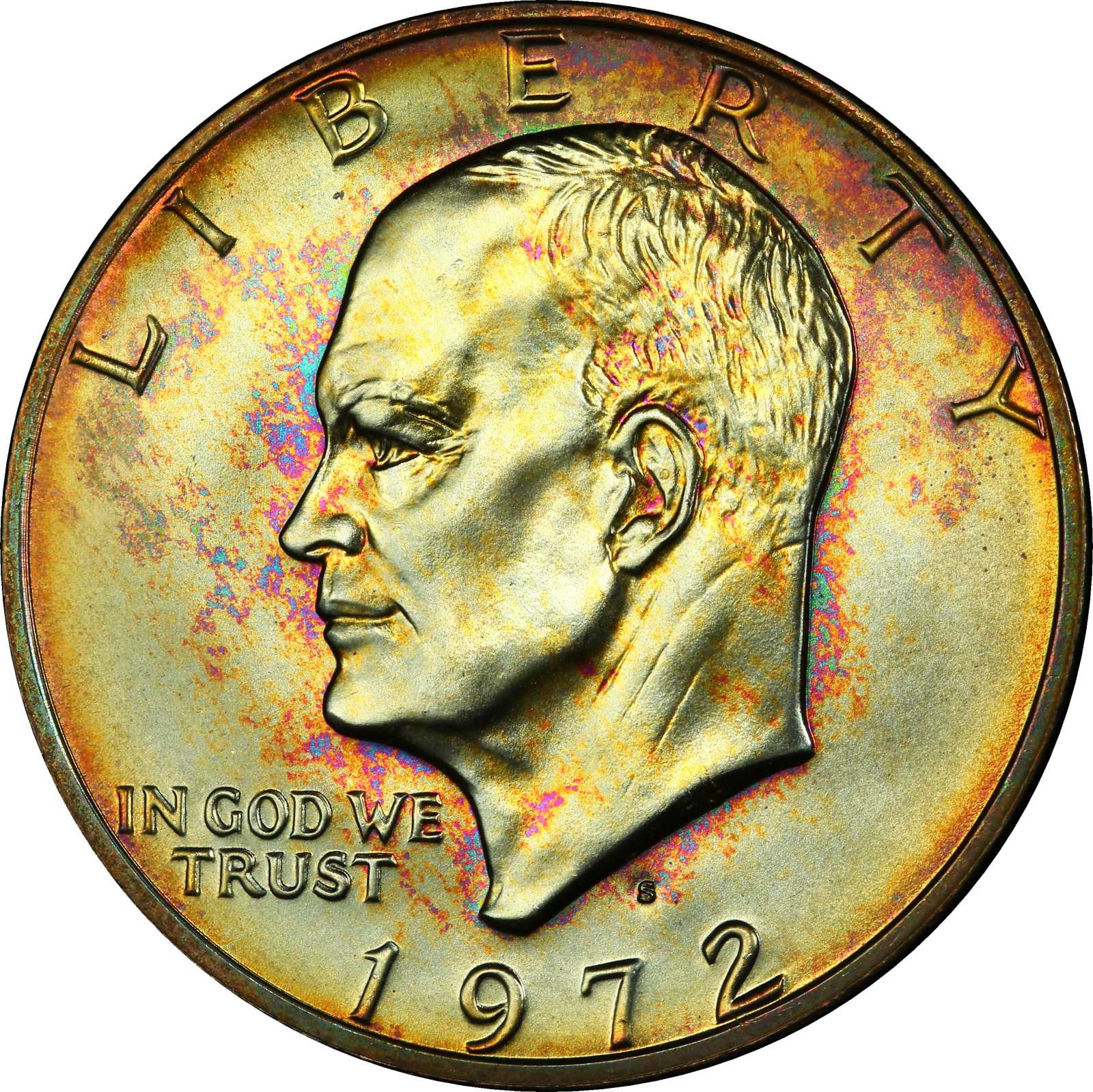 1972-S Eisenhower Dollar. Silver Clad. MS-68 (PCGS). Blushes of cobalt blue and reddish-rose iridescence enhance lovely golden-olive toning on both sides of this exquisite Eisenhower dollar. This softly frosted, silky smooth example is among the finest obtainable in PCGS-certified MS-68.In 1969, President Dwight Eisenhower died not long after Apollo 11 landed on the Moon, and a coin was soon authorized to commemorate both events. After the five-year ban on dollar production expired, the new cupro-nickel dollar was selected and released to the public in 1971. Some were struck specially for collectors at the San Francisco Mint in the same 40% silver cladding as used in the earlier half dollars; in 1972 the mintage for these special issues was 2,193,056. The challenge with the 40% silver Uncirculated dollars is that little care was taken in their handling at the Mint. The insert in the blue envelope in which the coins were packaged remarkably states this plainly: "The uncirculated coins, unlike the individually produced proof coins, are minted on high speed presses, moved along conveyors, and run through counting machines. No attempt is made to impart a special finish such as appears on the hand-processed proof coins." The insert then notes - in bold text no less - that "The Treasury cannot guarantee that the uncirculated coins will be free from blemishes." This somewhat lackadaisical attitude towards handling makes the comparatively few coins at the MS-67 level and finer very desirable to quality conscious collectors.