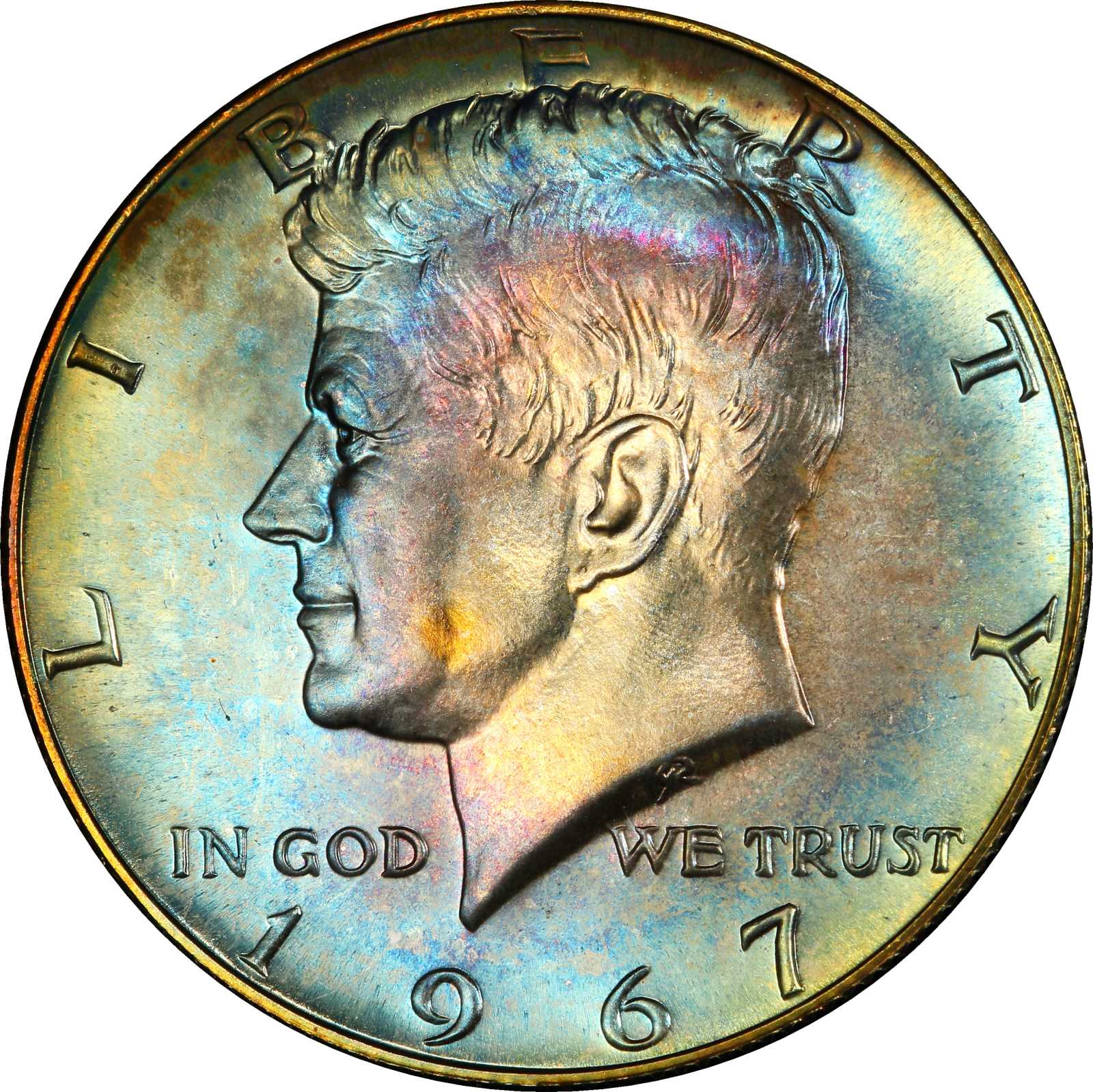 1967 Kennedy Half Dollar. SMS. Specimen-68 (PCGS). Powder blue, antique-gold, olive-gray and champagne-pink iridescence are seen on both sides of this expertly preserved Superb Gem. Universally reflective with a full strike and a virtually pristine appearance.Circulating silver coinage in the United States ended in 1964 with the removal of all silver from the dime and quarter. However, the half dollar remained silver, but only 40% silver clad instead of the earlier statutory 90% fineness, a composition used through 1970. During this period there was a shortage of coins in circulation, erroneously blamed on numismatists hoarding coins. The Mint went into high gear to produce the required coins and briefly discontinued Proof sets. Instead, they offered what they called Special Mint Sets featuring coins struck from overpolished dies using higher tonnage presses but without the additional preparation required for Proofs. These coins bear no mintmarks, though all were struck at San Francisco. Only a couple dozen out of the 1.8 million SMS half dollars struck exclusively for collectors are known at the SP-68 level. As such, the Pogue specimen is extraordinary and worthy of careful consideration.