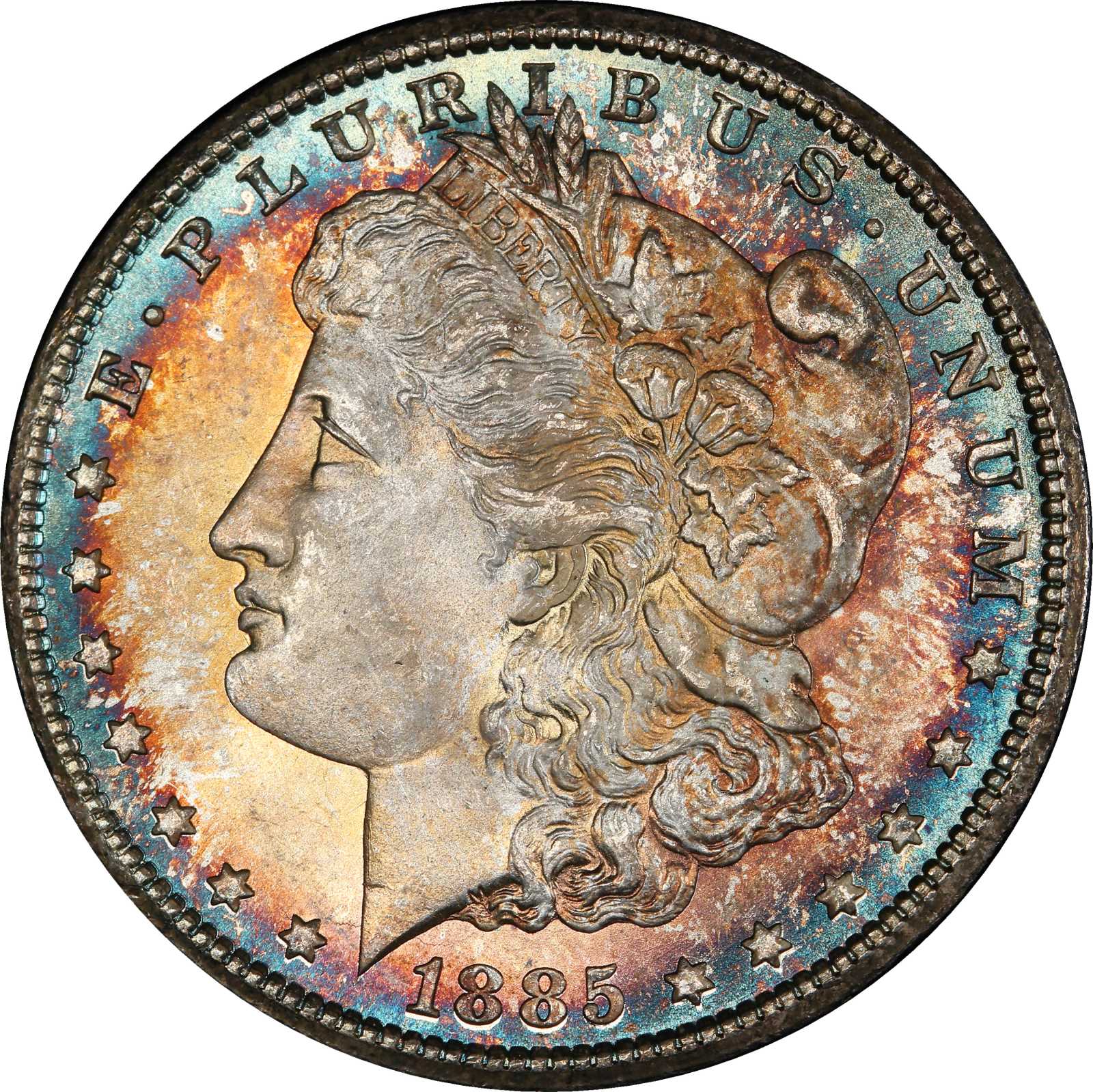 1885-CC Morgan Silver Dollar. MS-66+ (PCGS). CAC. This vividly toned Carson City Morgan dollar exhibits intense cobalt blue peripheral iridescence with slightly mottled reddish-apricot and pinkish-rose toward the centers. It is frosty and sharply struck with carefully preserved surfaces that are well deserving of the premium Gem Mint State rating.While many of the coins struck at the Carson City Mint entered immediate circulation region, this does not appear to have been the case with the 1885-CC silver dollar. Almost the entire mintage was stored in Treasury vaults for decades and for many years the 1885-CC was considered rare. The situation began to change in the 1930s when Bowie, Maryland dealer John Zug obtained a few specimens at the Treasury Cash Window in downtown Washington. Over the next couple decades, additional bags were paid out, ending with the GSA sales in the 1970s. The delightful blue toning on the Pogue example adds visual appeal to this Morgan dollar from the historic Nevada mint.