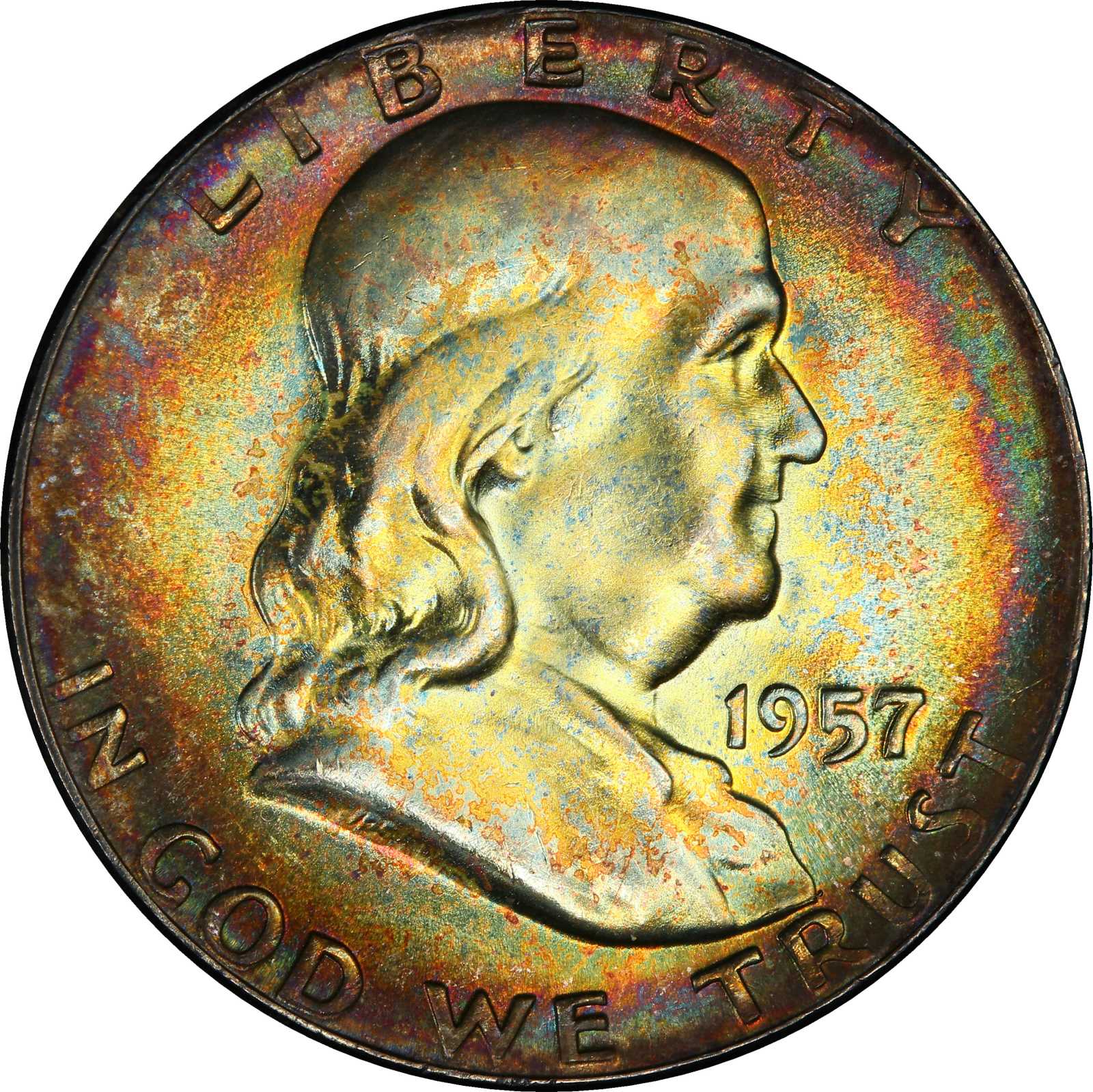 1957 Franklin Half Dollar. MS-66 FBL (PCGS). CAC. Bright iridescent rose-apricot, cobalt blue and olive-gold toning is seen on both sides of this exquisite Gem with a pronounced target-like distribution from the rims to the centers. With its quality and outstanding toning, this half dollar is sure to sell for a strong premium.The mintage of 5,114,000 half dollars for circulation at the Philadelphia Mint (with an additional 1,247,952 Proofs) represents one of the lower production figures for this facility. With a glut of Walking Liberty half dollars still in circulation, need for the relatively new Franklin half dollar was still fairly low. The main challenge facing the numismatist interested in the series is locating an example with Full Bell Lines on the reverse, not found on many issues. The Pogue 1957 Franklin half dollar offers an excellent opportunity for the selective numismatist desiring an appealing specimen for a modern type cabinet. From our (American Numismatic Rarities) sale of the Haig A. Koshkarian Collection, March 2004, lot 263.