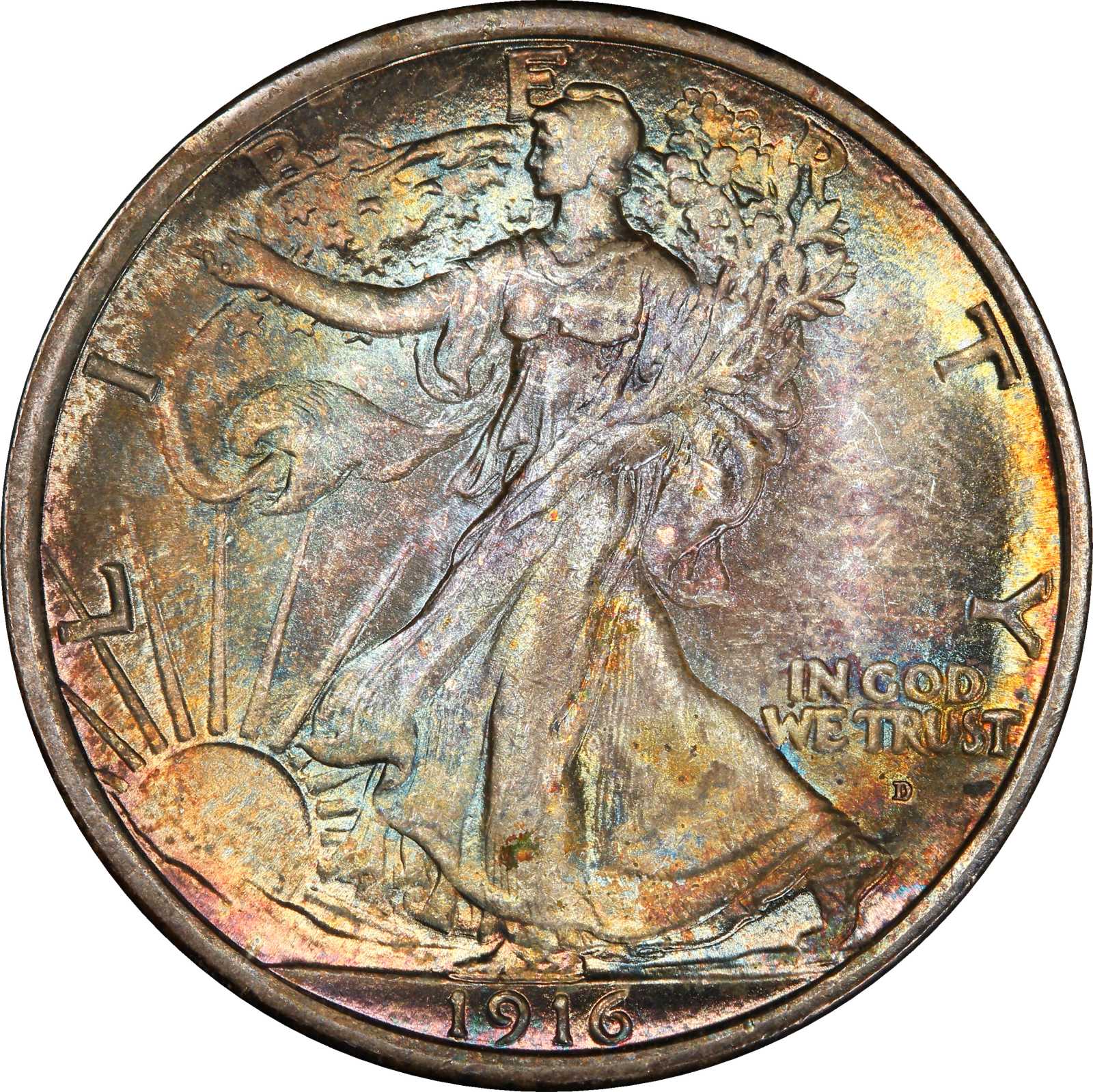 1916-D Walking Liberty Half Dollar. MS-67 (PCGS). CAC. This impressive Superb Gem has sweeping cartwheel luster that supports a vivid array of incredible rainbow toning, that includes gold, green, lilac, blue, and more! Not only does this coin get high points for beauty, but for its quality as well. The strike is strong for the issue, with much hand and cap detail seen on the obverse. If you love gloriously toned silver, prepare to bid strongly for this beautiful condition rarity 1916-D half dollar.The Barber-designed silver coins were on their way out in 1916 when outside artists were invited to submit designs for the dime, quarter, and half dollar. For the half dollar and the dime, designs by New York City artist Adolph A. Weinman were selected. These have long been considered among the most beautiful American coin designs. Even though the dies for the new Walking Liberty half dollar did not arrive at the Denver Mint until November 27, 1916, the branch mint managed to strike 1,014,400 of the new coins, almost as many as at the Philadelphia and San Francisco mints combined. For 1916 and part of 1917, the mintmark was located on the obverse; later in 1917 it was moved to the reverse and a short-lived minor subtype was created. Generally well struck, a couple thousand Uncirculated coins were saved as first of their kind making this issue somewhat more available than the other two for the year. Superb Gems comprise no more than 1% of the certified Mint State population reported at PCGS, far fewer than needed to satisfy the demand for this first year of issue coin. Here is a rare opportunity for the quality conscious aficionado of 20th century silver. From our (American Numismatic Rarities) New York Connoisseurs Collection sale, March 2006, lot 816.