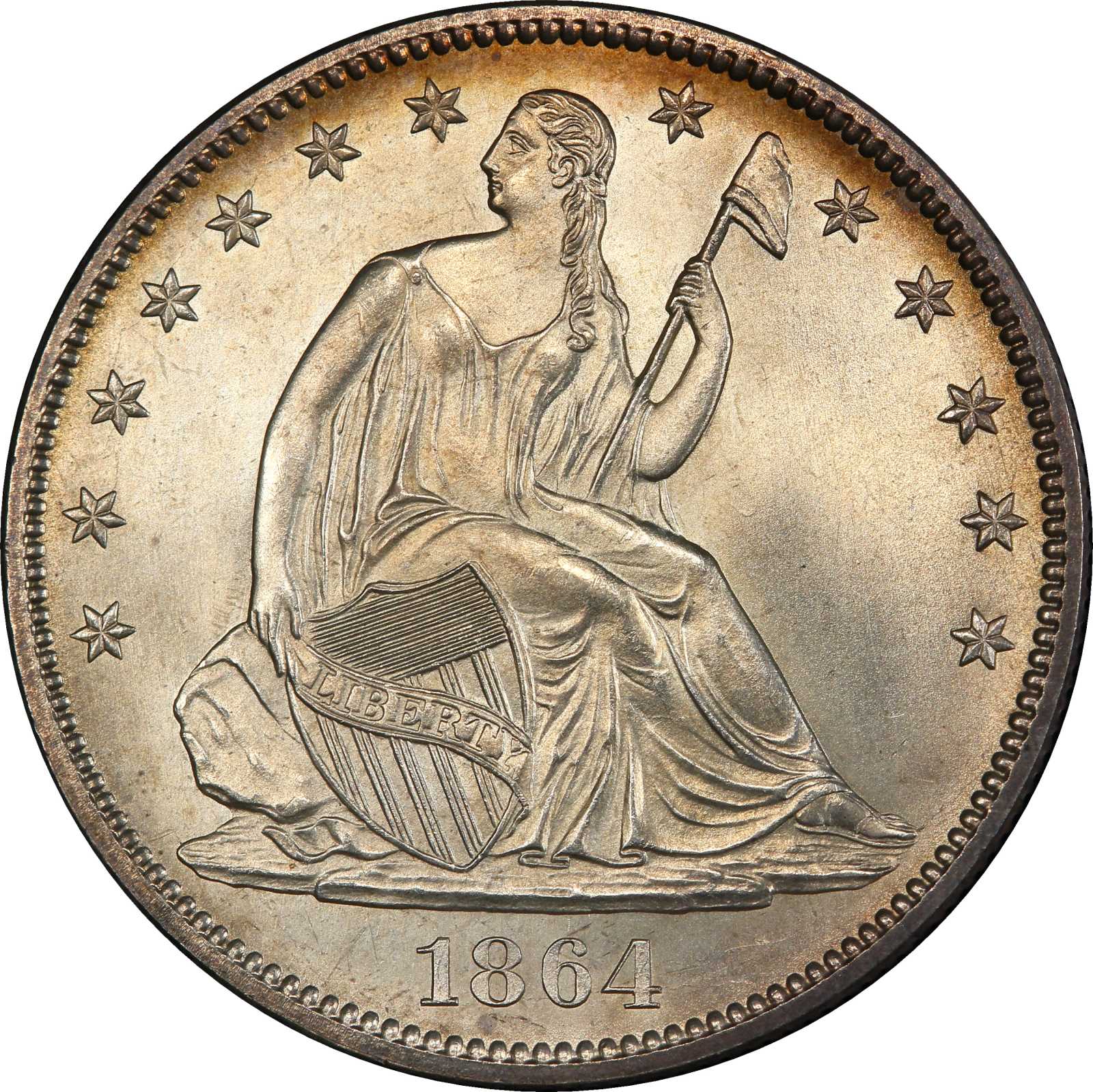 1864 Liberty Seated Half Dollar. WB-101. MS-67 (PCGS). CAC. Highly lustrous satin to softly frosted surfaces exhibit wisps of iridescent reddish-apricot toning around the peripheries. This is a fully struck coin with intricate detail to even the most minor design elements. Approaching numismatic perfection, this coin should be seen to be fully appreciated.By 1864 the Civil War was in its fourth year and while the tide had turned in favor of the Union, it would not be until 1865 that the conflict would end. Most silver and gold coinage remained largely out of sight, hoarded due to the insecurity of the times. However, there was enough of a demand for half dollars in some sections of the North and West that both the Philadelphia and San Francisco Mint produced the denomination in decent quantities. At Philadelphia, it seems that at least six obverse and five reverse dies were used to strike the 379,100 pieces, per Wiley and Bugert in their study of the issue. Nearly double the quantity were struck at San Francisco, where they immediately went into circulation in a coin-starved West and remained there for years. Those coined at Philadelphia were mostly stored away in vaults, some for many years.By the time many of these coins were released, there were enough numismatists who recognized their importance that a significant number of Mint State examples were preserved. However, the time spent in sacks with other half dollars took its toll. Only a tiny number of Gem quality coins are known, PCGS estimates perhaps 15 at most. These are coveted by highly selective connoisseurs of the series. With its exceptional quality the Superb Gem Pogue coin will attract a lot of attention when it crosses the auction block. From the D. Brent Pogue Collection. Earlier, from Heritages Pre-ANA Bullet Sale of August 1999, lot 194; Heritages FUN Signature Coin Auction of January 2008, lot 2884.