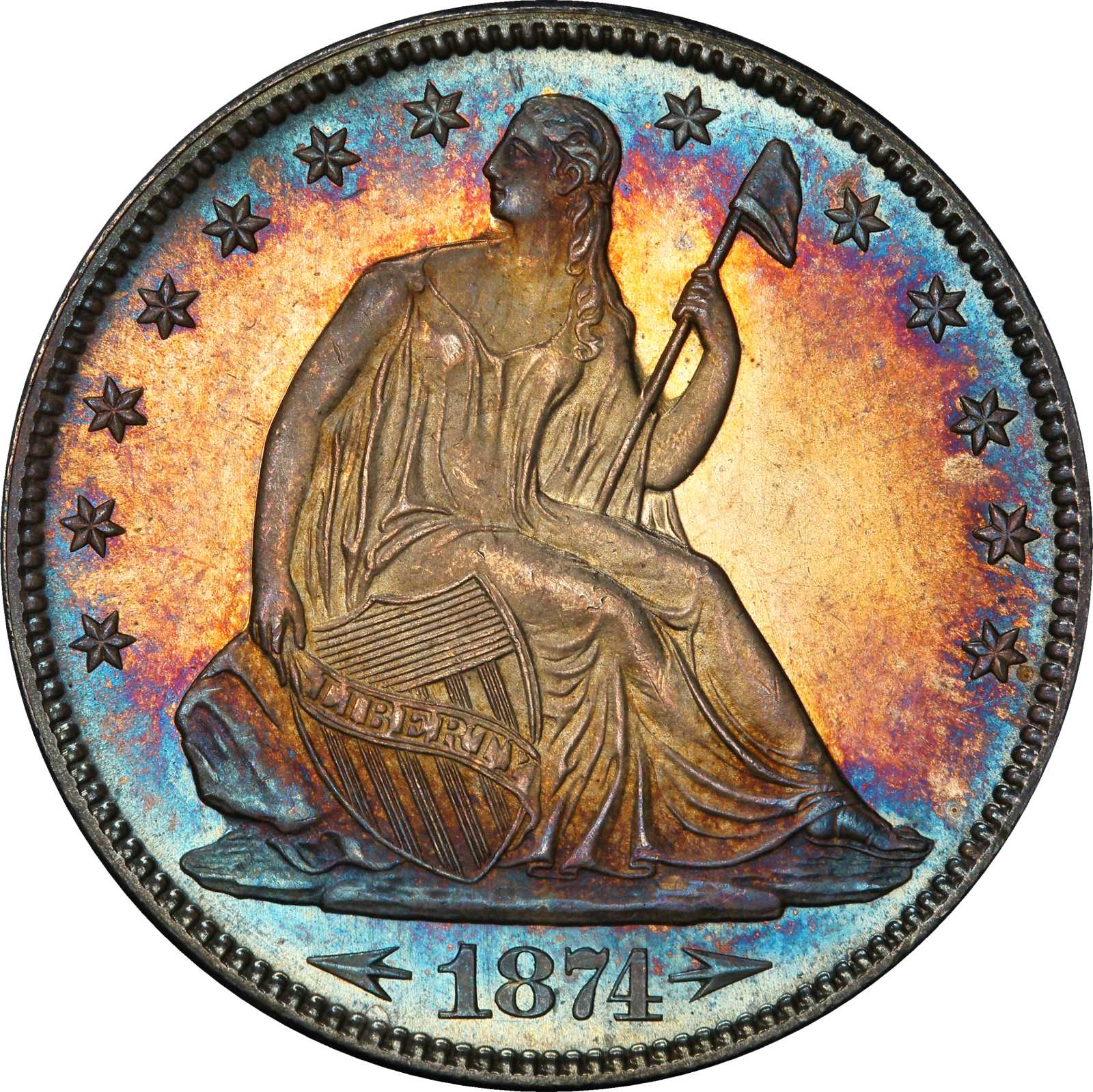 1874 Liberty Seated Half Dollar. Arrows. WB-102. Large Arrows. MS-66+ (PCGS). CAC. Silvery centers feature rich golden-apricot iridescence, while electric blue is seen around the peripheries. Here is an absolutely gorgeous coin, satiny and fully lustrous, with remarkable and artistic visual appeal.The Coinage Act of February 12, 1873, called for a very small increase in the weight of the dime, quarter and half dollar so that they would to more closely align with the silver coins of the Latin Monetary Union in Europe. The half dollars weight was raised from 12.44 grams to 12.5 grams, enough that two half dollars would be the equivalent of the French 5 franc coin. To signal this change, beginning in 1873 arrows were added on either side of the date, a feature that was directly hand punched into the working dies causing an array of minor arrow placement varieties. The arrows appear on some of the issues of 1873 and all of those from 1874, after which the arrows were removed since they were deemed unnecessary especially for such a minor statutory weight change.At 2,359,600 pieces, the 1874 Arrows half dollar has the largest mintage of the two-year type, making it very popular as a type coin. However, it can be remarkably daunting to locate at Gem and finer, with only about two dozen qualifying as such. Only a single 1874 half dollar has been certified finer than MS-66+ by PCGS. This condition rarity will be a very fine addition to an advanced cabinet. From our (American Numismatic Rarities) sale of the Haig A. Koshkarian Collection, March 2004, lot 87.