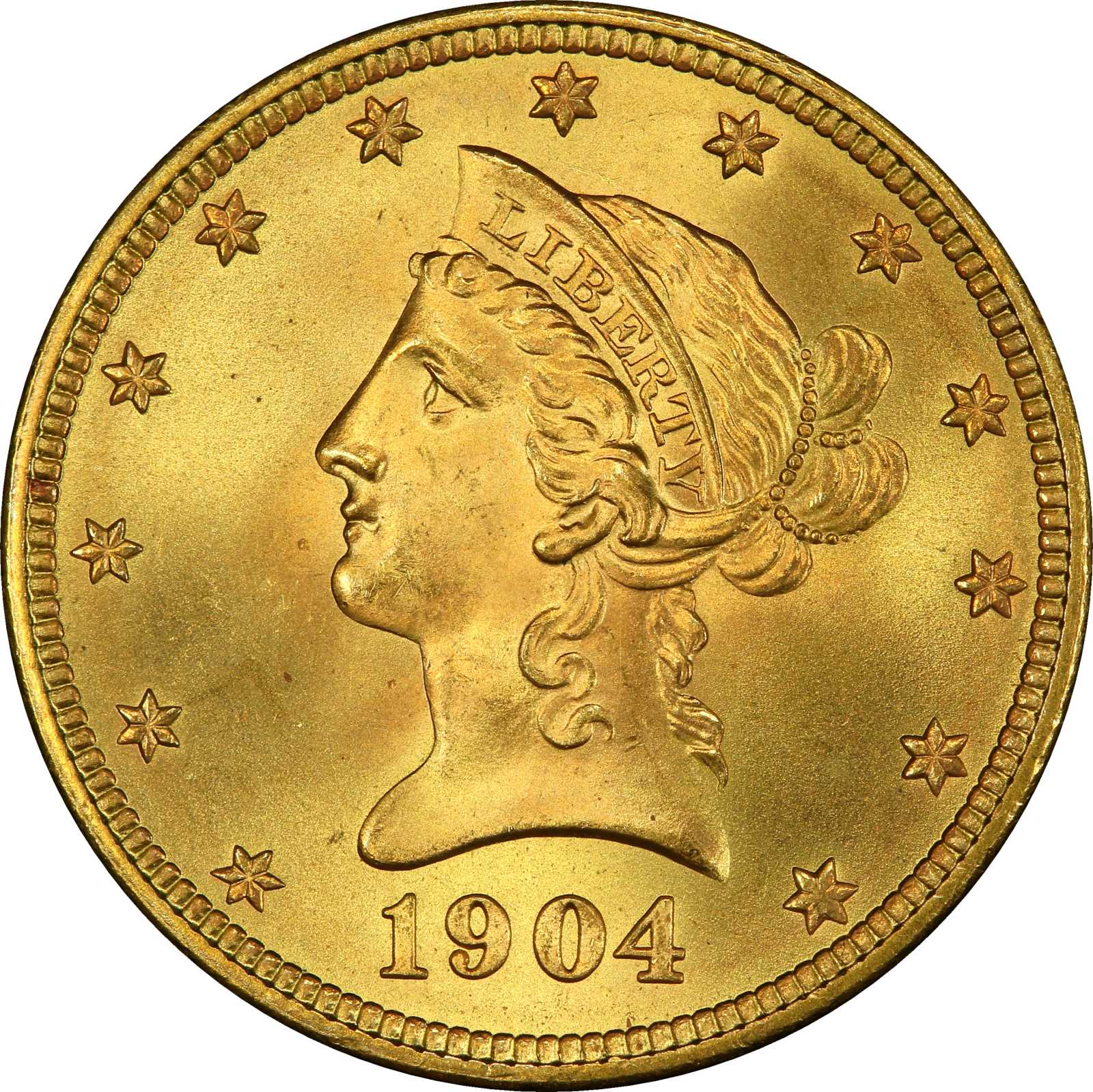 1904-O Liberty Head Eagle. Winter-1, the only known dies. MS-67+ (PCGS). CAC. Both sides of this Superb Gem Liberty Head eagle display a blend of frosty mint luster, handsome golden-orange patina and blushes of pale rose. Virtually perfect in every way, this fully struck and expertly preserved coin will please even the most discerning numismatist.The 108,950 eagles struck at the New Orleans Mint in 1904 represent the second most available issue from this southern mint, exceeded only by the 1903-O. Remarkably, this was not the first use of this reverse die, which was particularly long-lived. Harry W. Bass, Jr. found that this particular die was also used to strike 1894-O, 1895-O, 1897-O, and 1903-O eagles, with the 1904-O proving to be its last use. As with many larger denomination gold coins from the early twentieth century, quite a few were shipped abroad as payments to foreign treasuries and banks. There they sat in sacks for decades until making their way back home shortly after World War II. Few saw circulation domestically. Repatriated coins are mostly heavily bagmarked, lower end Uncirculated coins, many with deep abrasions and gouges.For most collectors, an accurately graded MS-63 1904-O eagle would suffice since above that grade the issue becomes especially arduous to locate. But the Pogue Collection is no ordinary cabinet. Only a handful of specimens at both services qualify as Gem Mint State or finer; PCGS notes a single MS-66 and the present MS-67+ at the very top of their Population Report. NGC has certified a single specimen at MS-68, with the next finest at the MS-65 level. Of the nearly quarter of a million Type III Eagle With Motto certification events at PCGS, only three are graded MS-67+, with only three finer, all MS-68+. Destined for an advanced collection. From Heritages sale of the Gold Rush Collection, January 2005 FUN Signature Sale, lot 30059.