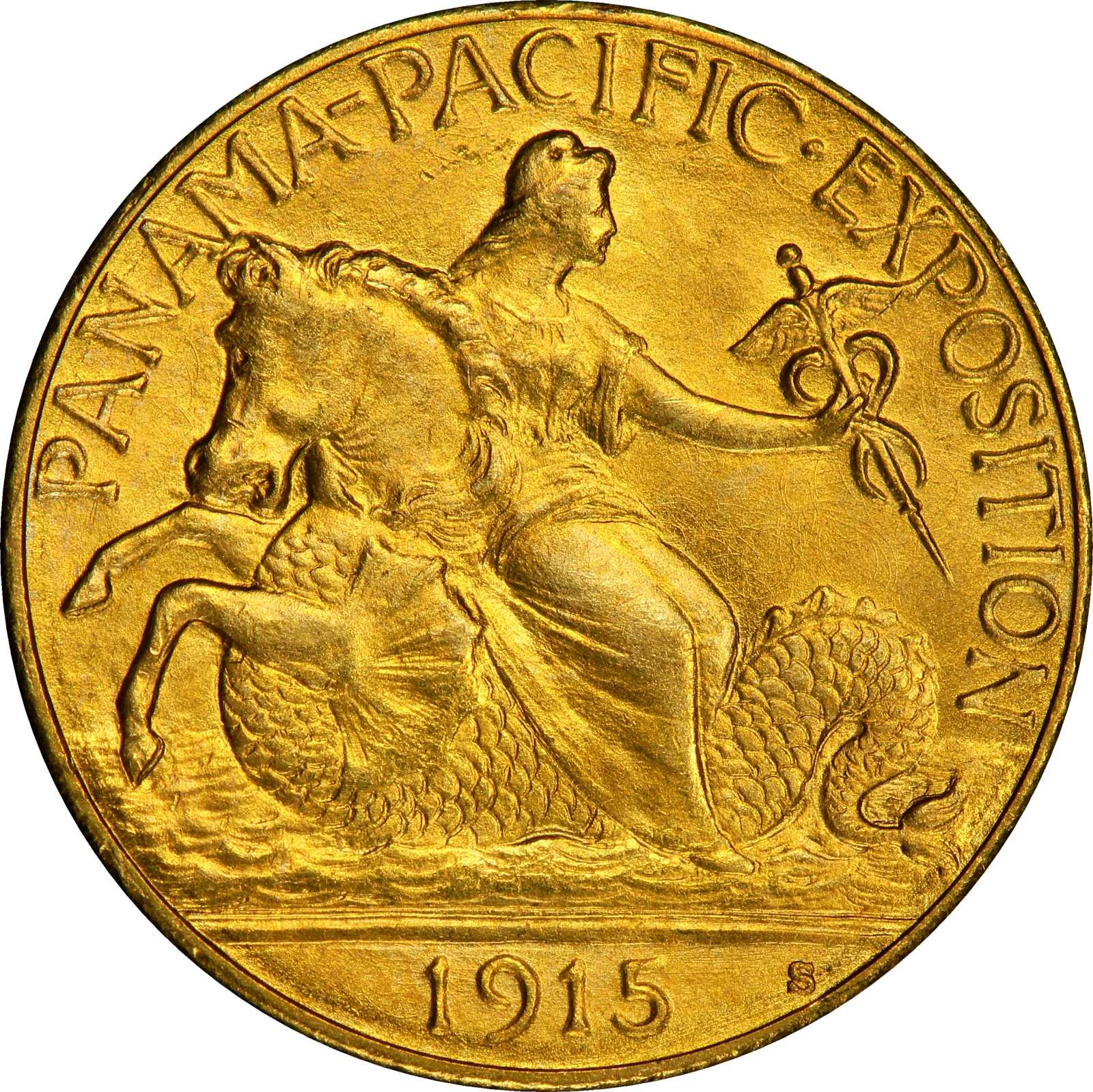 1915-S Panama-Pacific Exposition Quarter Eagle. MS-65 (PCGS). CAC. Lustrous orange-gold surfaces are boldly defined and very well preserved for this conditionally challenging design type. The five-piece, four-denomination set of commemorative coins produced for the 1915 Panama-Pacific International Exposition held in San Francisco has no equal in the classic commemorative series. The quarter eagle from the set was designed by Charles E. Barber (obverse) and his assistant George T. Morgan (reverse). On the obverse, an allegorical representation of Columbia holds a caduceus facing to the right while astride a hippocamp (a mythological creature that has the forepart of a horse with the body and tail of a fish) swims to the left, all of which represents medical advances against yellow fever. Morgans reverse features an eagle walking to the left on top of a plaque inscribed E PLURIBUS UNUM. The authorizing law, the Act of January 16, 1915, specified that a maximum of 10,000 pieces were to be struck for the quarter eagle plus a further 17 reserved for assay, all at the San Francisco Mint. The issue price of $5 per coin proved a deterrent to many of the expositions visitors and only two-thirds of the issue - 6,749 pieces - were sold, with the balance returned and melted at the Mint.Most known specimens today are found in Mint State, though a few did manage to find their way into circulation, likely during the early years of the Great Depression before gold was demonetized. Some were inevitably mishandled, but enough are in and around the Gem level that collectors are able to add a nice example of this classic commemorative to their holdings.