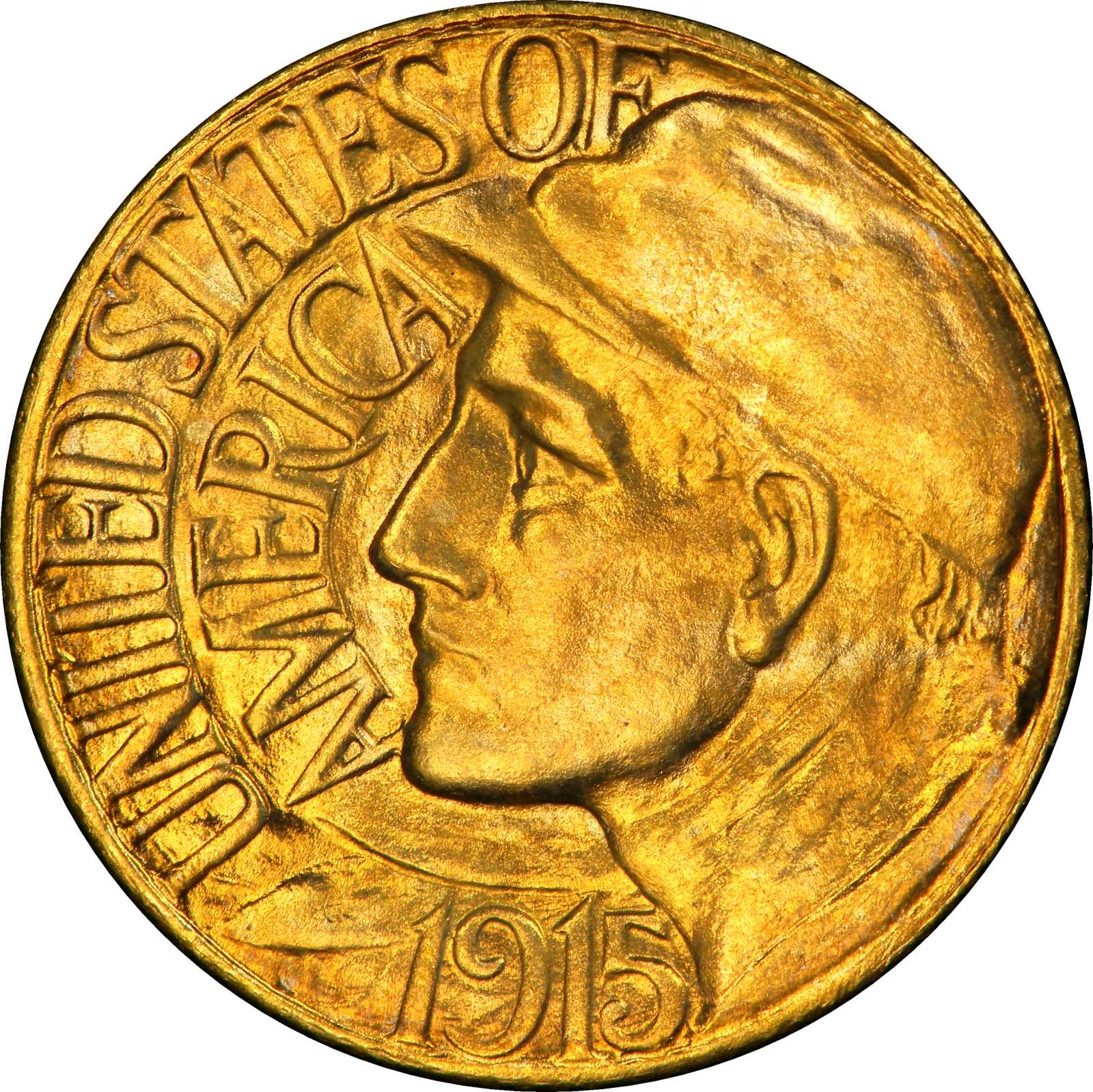 1915-S Panama-Pacific Exposition Gold Dollar. MS-66 (PCGS). Smooth frosty surfaces are awash in vivid reddish-rose and golden-orange patina. New York sculptor Charles Keck was selected to design the gold dollar. Keck chose to honor the Canals builders by featuring a left-facing bust of a laborer wearing a cap facing the words UNITED STATES OF AMERICA with the date below. The reverse features two swimming dolphins surrounding the denomination entirely enclosed by the words PANAMA PACIFIC EXPOSITION-SAN FRANCISCO. Entirely struck at San Francisco, the mintmark S appears just below the letters DO of DOLLAR. A total of 25,000 were authorized to be coined and sold at the exposition for $2 each or as part of various sets. For the average attendee, the issue prices both for the individual coins as well as the sets proved to be too much and all but 15,000 were later melted. Most of the coins that were sold are available for collectors today and a decent number were well conserved by their purchasers. Most of the surviving Mint State examples are between MS-63 and MS-65. The issue becomes more challenging at the MS-66 level and higher with none recorded finer than MS-67+ at PCGS. An excellent example of this popular commemorative gold dollars.