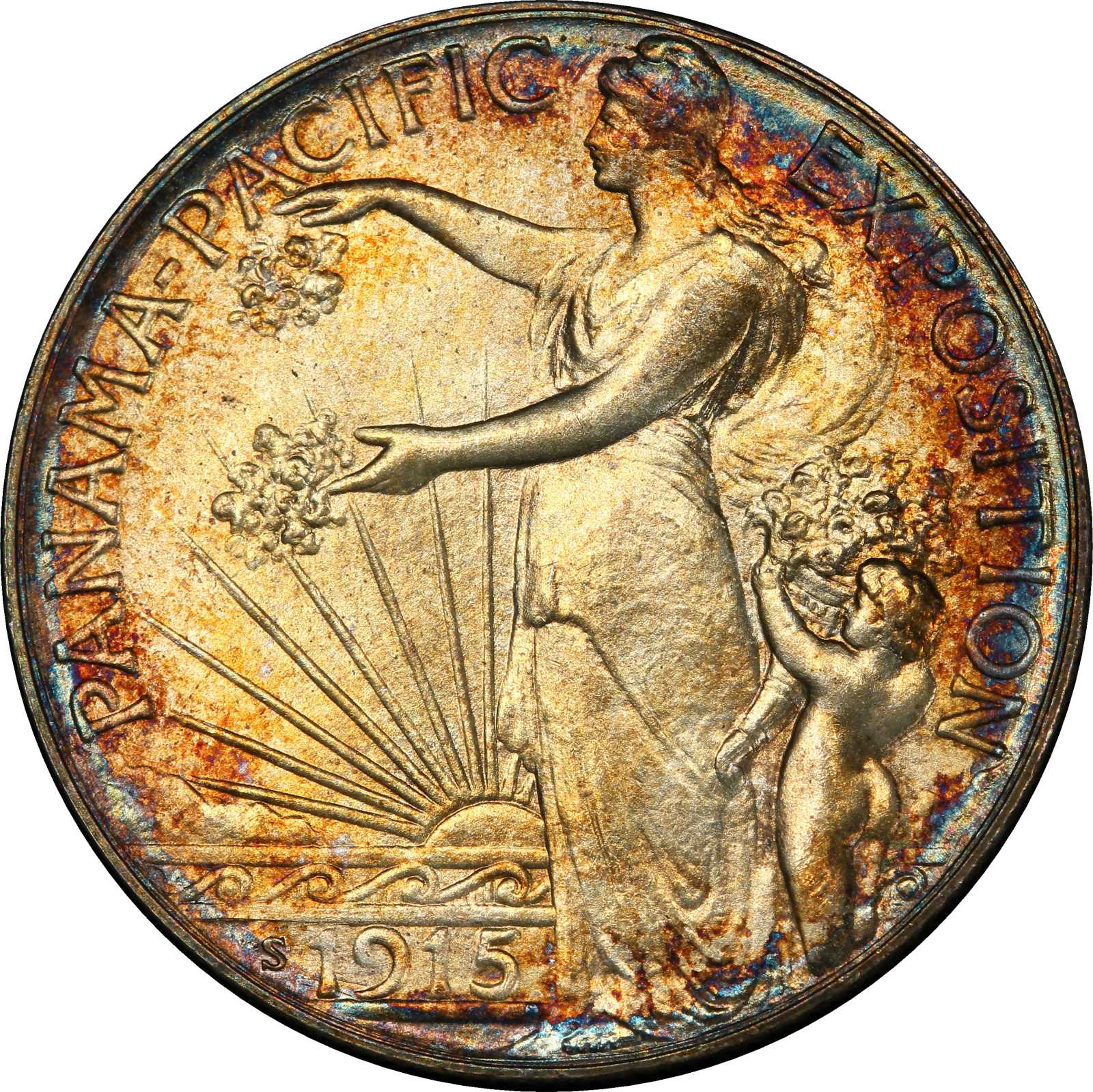 1915-S Panama-Pacific Exposition. MS-67 (PCGS). CAC. This wonderfully original coin exhibits halos of cobalt blue and reddish-rose peripheral toning around an otherwise silver-apricot obverse. The reverse is more boldly patinated in rich steel-blue, olive and pearl gray. As nice as one could hope for in an example of this key date classic commemorative. On April 8, 1906, an estimated magnitude 7.9 earthquake struck San Francisco in the early morning hours, causing widespread damage and igniting many devastating fires that ravaged the city. Over the next several years, the city rallied and its resurrection is one of the early twentieth centurys great triumphs. To celebrate the citys recovery along with the opening of the Panama Canal, the Panama-Pacific International Exposition was held in 1915 to great fanfare. As part of the celebrations, the Mint was authorized by the Act of June 16, 1915, to issue a series of commemorative coins from the half dollar all the way up to two $50 gold pieces. The push to have these made was spearheaded by well-known numismatic promoter and ANA president Farran Zerbe. For the half dollar, Chief Engraver Charles Barber designed the obverse while his assistant George Morgan was tasked with creating the reverse. Up to 200,000 half dollars were authorized to be produced at the San Francisco Mint, but only 60,030 were actually coined, with 30 reserved for the annual assay. Ultimately, only 27,134 were sold at $1 apiece or 6 for $5, and the balance of 32,866 pieces were melted. Most examples are Mint State, though a few did see some brief time in circulation. Gem specimens are scarce and are eagerly sought, especially since the toning and surfaces can be of somewhat variable quality. Only a few can match the outstanding quality of the Pogue example.