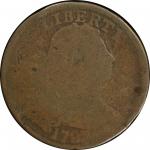 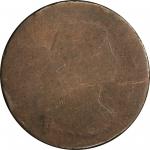 1879 Pattern Washlady Dime. Judd-1584, Pollock-1777. Rarity-6-. Silver. Reeded Edge. Proof-67+ Cameo (PCGS). CAC. Obv: Chief Engraver Charles E. Barbers Washlady or Society Lady motif with a left facing head of Liberty. Liberty is wearing a headband inscribed LIBERTY and ornamented with ears of wheat, cotton leaves and bolls. The legend UNITED STATES OF AMERICA is around the border and the date 1879 is below. Rev: A beaded circle encloses the denomination ONE DIME, outside of which is a wreath of wheat and cotton. The Latin motto E PLURIBUS UNUM is inscribed within an ornamental cartouche above. This is a beautiful example of one of the most desirable and eagerly sought dimes in the entire U.S. pattern series. Extremely vivid peripheral toning in reddish-orange frames equally colorful golden-olive and powder blue centers. The fields are highly reflective and support frosty design elements, the contrast between the two causing the Cameo designation from PCGS. The center and top of Libertys portrait are a bit lightly struck, as is the denomination ONE DIME in the center of the reverse. Close inspection with a loupe reveals light planchet roller marks (as made) that did not strike out in those areas. Otherwise we note razor sharp to full detail. Expertly preserved and approaching perfection, this coin will delight even the most discerning numismatist.The Washlady design is widely considered to be one of the most beautiful ever produced by the United States Mint and is one of the most eagerly sought patterns in todays market. At the time of their creation, however, the Washlady pieces were not held in as high esteem by contemporary collectors. The style of Libertys hair, in particular, was widely criticized in that it gave the portrait a somewhat disheveled appearance. David Proskey is credited with the Washlady name as an expression of contemporary ridicule for this design, its first known use coming as part of New York Stamp and Coins April 1891 sale of the F.W. Doughty Collection. The modern term "Society Lady" is a more elegant description for this motif, but examples of this type continue to be most widely known by their traditional name.The Washlady motif appears on pattern dimes, quarters, half dollars and dollars of 1879, generally in either silver or copper, although unique white metal impressions are also known for the three largest denominations. The magnificent Pogue cabinet offers silver strikings of the Washlady dime, quarter and half dollar. The dime, offered here, is certainly among the finest of just 12 to 15 examples known per <em>uspatterns.com</em>. From Superiors Elite Coin Auction of July 2003, lot 490; Ira & Larry Goldbergs Pre-Long Beach Coin and Currency Auction of January 2004, lot 3094. The plate coin for the design type on the website <em>uspatterns.com</em>.