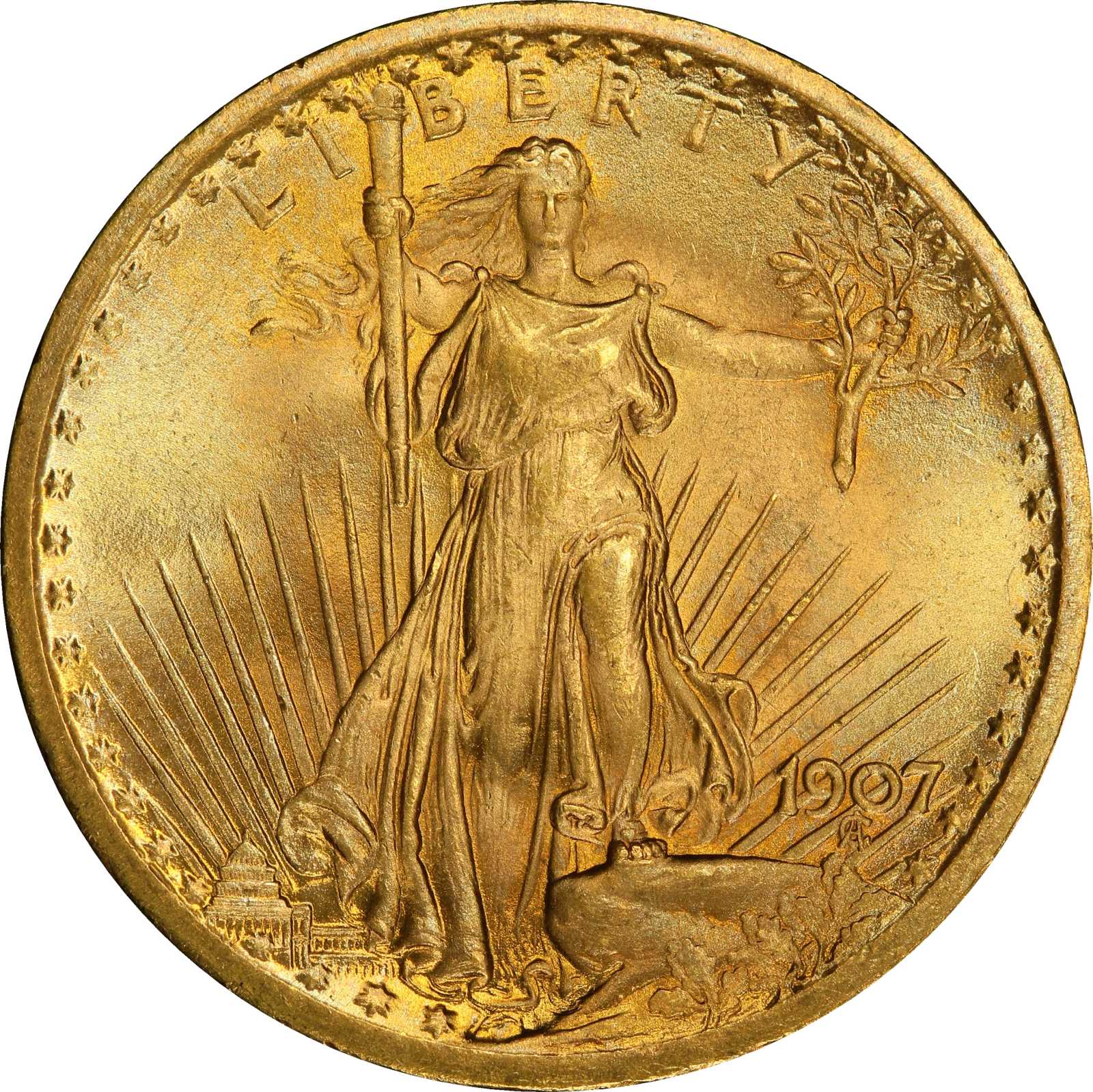 1907 Saint-Gaudens Double Eagle. Arabic Numerals. Saint. MS-66+ (PCGS). Lovely mint frost blends with vivid golden-orange patina on both sides of this gorgeous Gem. It is boldly to sharply struck and has eye appeal to spare. Despite all the problems experienced with the original Saint-Gaudens High Relief design, a circulating version was ready toward the end of 1907. To avoid the multiple strikes required to bring up the relief on the MCMVII double eagles, Chief Engraver Charles Barber reduced the relief so that only a single strike from a regular high speed coining press would be required. The use of Roman numerals for the date was also discontinued. The Philadelphia Mint was the only facility that was in a position to produce the new coins so late in the year, and that mint coined 361,667 pieces. The new low relief coins were released into general circulation on December 13, 1907, and while not quite the original idea Roosevelt and Saint-Gaudens had in mind, the old nineteenth century design that Roosevelt so detested became a thing of the past.Once released, numismatic attention was given to the High Relief MCMVII double eagles, leaving the "ordinary" low relief coins to join their Liberty Head cousins primarily for use in overseas transactions. Few thought to save these coins in high grade so they were either destroyed in the later melts in the 1930s or spent large amounts of time shuffled about in bags. Today, while there are a considerable number of examples in the lower Mint State grades, the issue becomes steadily rarer the closer to Gem it reaches. A few MS-66 examples can be located with some effort but truly outstanding specimens with excellent eye appeal, as here, are few and far between. 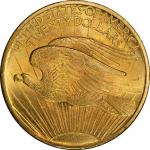