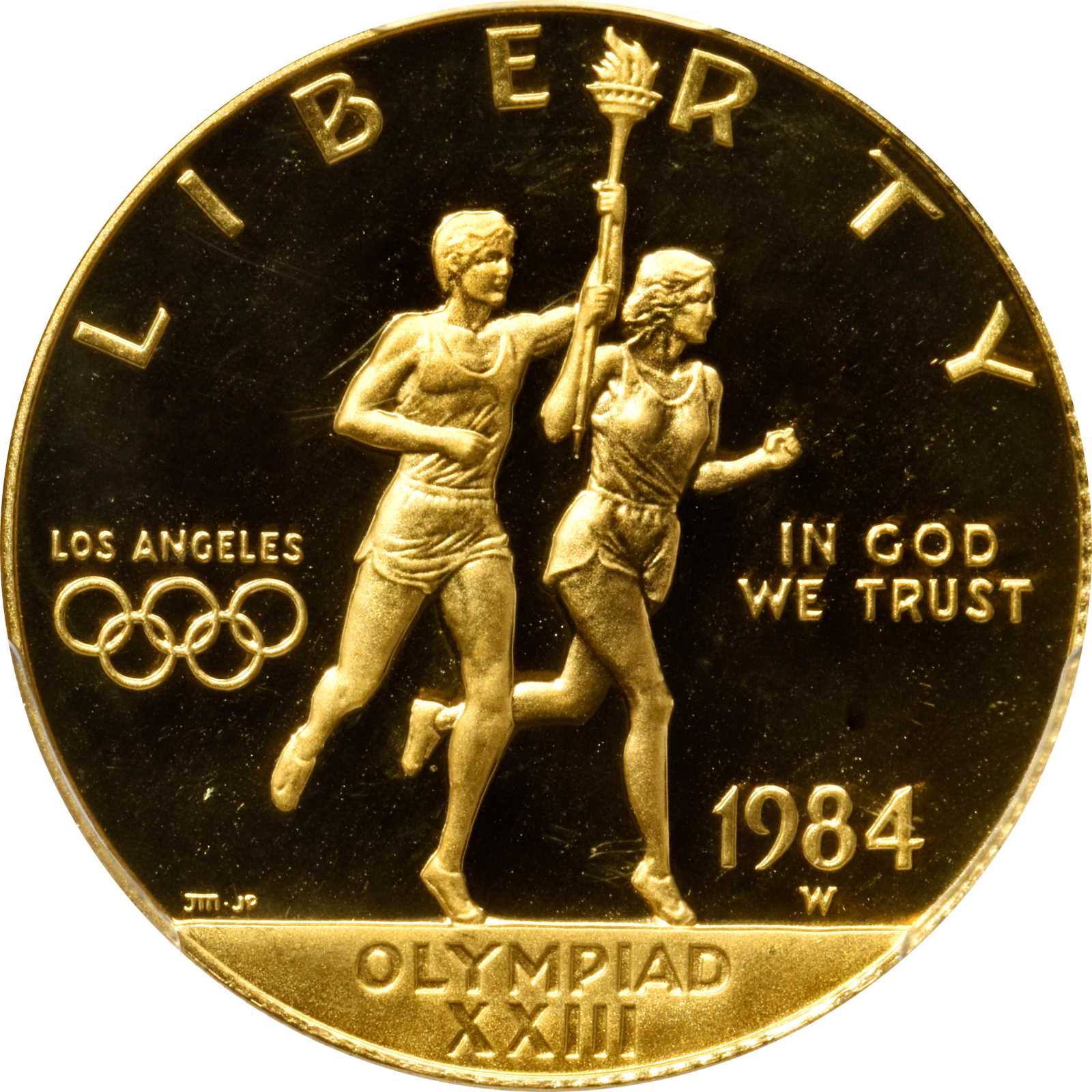 1984-W Los Angeles Olympiad Gold $10. Proof-69 Deep Cameo (PCGS). An as struck and essentially flawless specimen. Both sides exhibit vivid orange-gold patina and a boldly cameoed finish. The Act of July 22, 1982, authorized the Mint to produce silver dollars and gold $10 coins to commemorate and support the 1984 Los Angeles Olympic Games. The gold coins were struck only in 1984, but silver dollars were produced in both 1983 and 1984. Mintage of gold $10 coins took place at the Philadelphia, Denver, San Francisco and West Point mints using a design by John M. Mercanti. The engravers obverse is based on a sketch by James M. Peed and features two Olympic torch runners, the design affectionately known to collectors as the "Dick and Jane." The West Point Mint struck both Proofs and circulation strikes, whereas the other facilities produced only Proofs. The mintage of the Proof 1984-W is 75,886 coins. The lovely Superb Gem Pogue specimen would fit nicely into a specialized collection of modern U.S. Mint commemorative coinage. 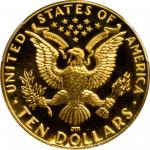