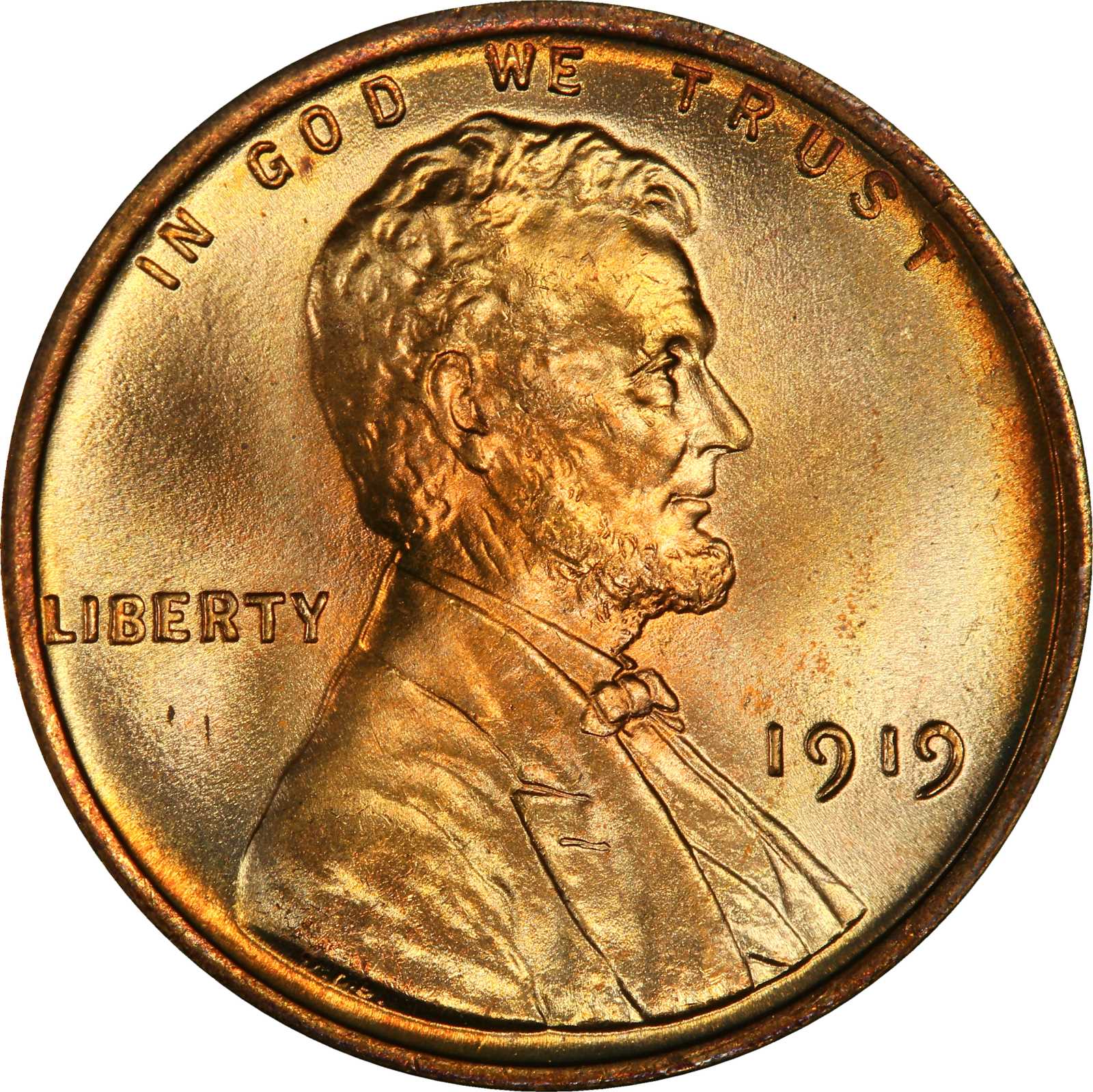 1919 Lincoln Cent. MS-68 RD (PCGS). Golden-orange, reddish-rose and pale gold colors are seen over both sides of this vivid and beautiful Superb Gem. Fully struck with exceptionally frosty luster that borders on pristine.The economic prosperity that followed the end of World War I prompted a spike in coin production in 1919, especially for Lincoln cents. The Philadelphia Mint alone coined more than 392 million of the denomination, an increase of over 100 million from 1918, making this issue one of the most readily available of the earlier Lincoln cents in most grades. The dies needed to produce such prodigious quantities of cents were prepared using hubs that were created three years earlier. This renders the finer details less crisp as they would have been back in 1916 on all but those coins struck from the freshest of dies. As a result, while there is a reasonably healthy clustering of specimens at the MS-64 to MS-66 levels for the 1919 cent, the herd thins out rather rapidly in Superb Gem. Above MS-67 the challenge becomes downright daunting. Considering that PCGS has recorded only 122 grading events at the MS-68 level for <em>any</em> Lincoln cent bearing the Wheat reverse in any categorization, the Pogue example is a member of quite an exclusive club indeed. From the D. Brent Pogue Collection. Earlier, from Heritages sale of the Jack Lee Estate Lincoln Cent Registry Set, December 2008 Houston, TX Signature Coin Auction, lot 169.