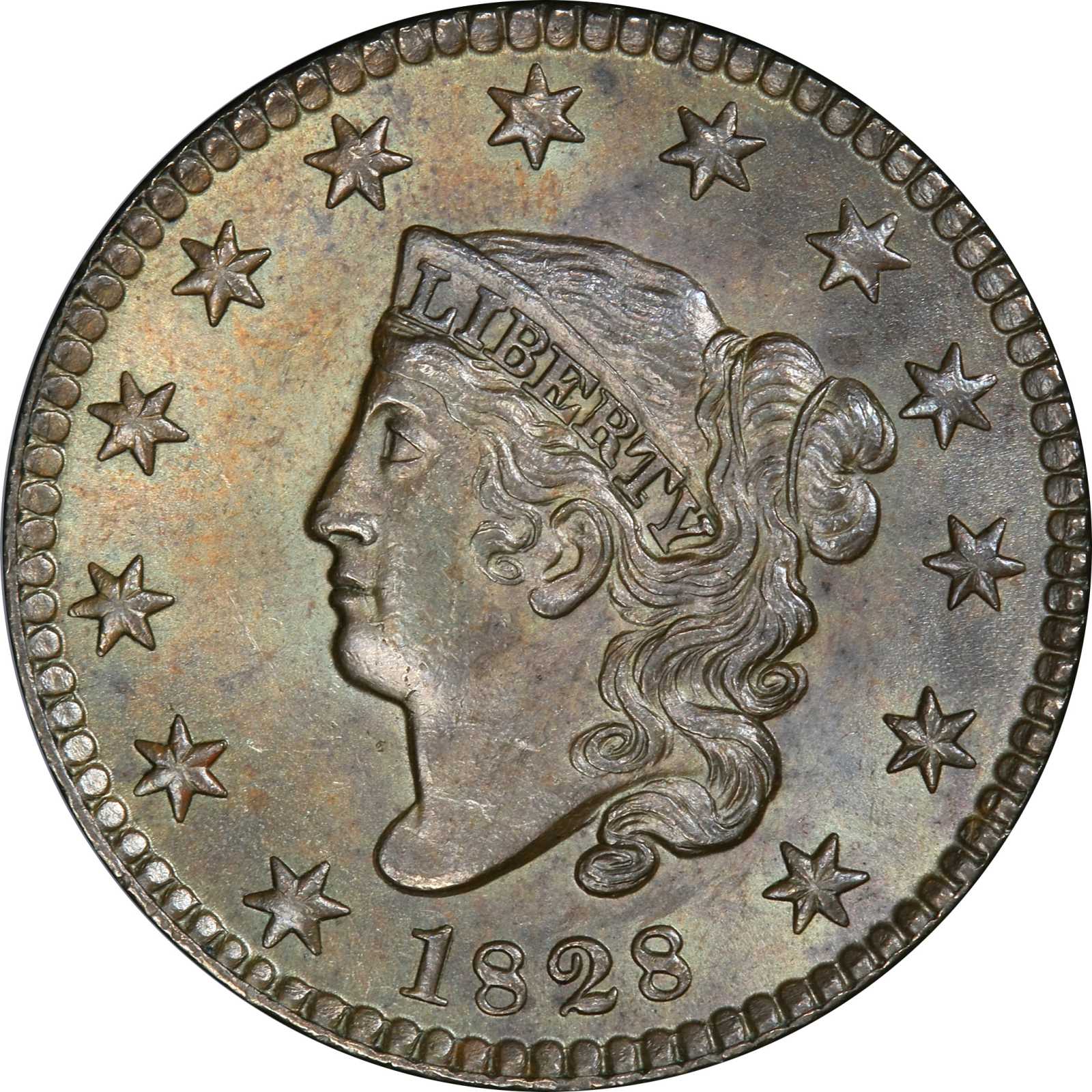 1828 Matron Head Cent. Newcomb-10. Rarity-1. Small Wide Date. MS-64 BN (PCGS). CAC. Highly lustrous surfaces have toned to deep steel and olive brown which are broadly mottled across both sides. A few trivial handling marks are noted under magnification though nothing is outstanding in this regard.Just one die state has been observed for this variety. Light traces of metal flow may be seen at the peripheries and through the left central reverse and these are the only indications of die wear. Nicely centered on the obverse with bold dentils all around, while the reverse impression was shifted slightly toward 11:00.C. Douglas Smith described this coin on his envelope as the "Finest by far ever seen of the variety - certainly unexcelled and in all probability unmatched." While PCGS has graded a couple of pieces finer, the best being MS-64+ RB, this coin still ranks as the lone CC#1 coin in the Noyes Census. It is to be remembered that grading is a matter of opinion, and often the keenest minds can differ. Similarly it was cataloged as the "Finest Known" in the 2009 sale of the Ted Naftzger coins. A superb example overall. From the D. Brent Pogue Collection. Earlier, from the Arthur C. Fritz Collection; Lester Merkins sale of the Arthur C. Fritz Collection, October 1966, lot 152; C. Douglas Smith Collection; R.E. "Ted" Naftzger, Jr. Collection, by sale, May 1983; R.E. "Ted" Naftzger, Jr. estate, October 2007; Ira and Larry Goldberg Auctioneers sale of the Ted Naftzger Collection, February 2009, lot 214, our sale of the D. Brent Pogue Collection, Part V, March 2017, lot 5166. Lester Merkin lot tag and collector envelope with attribution and provenance notes included. 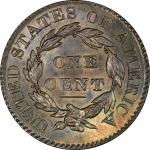