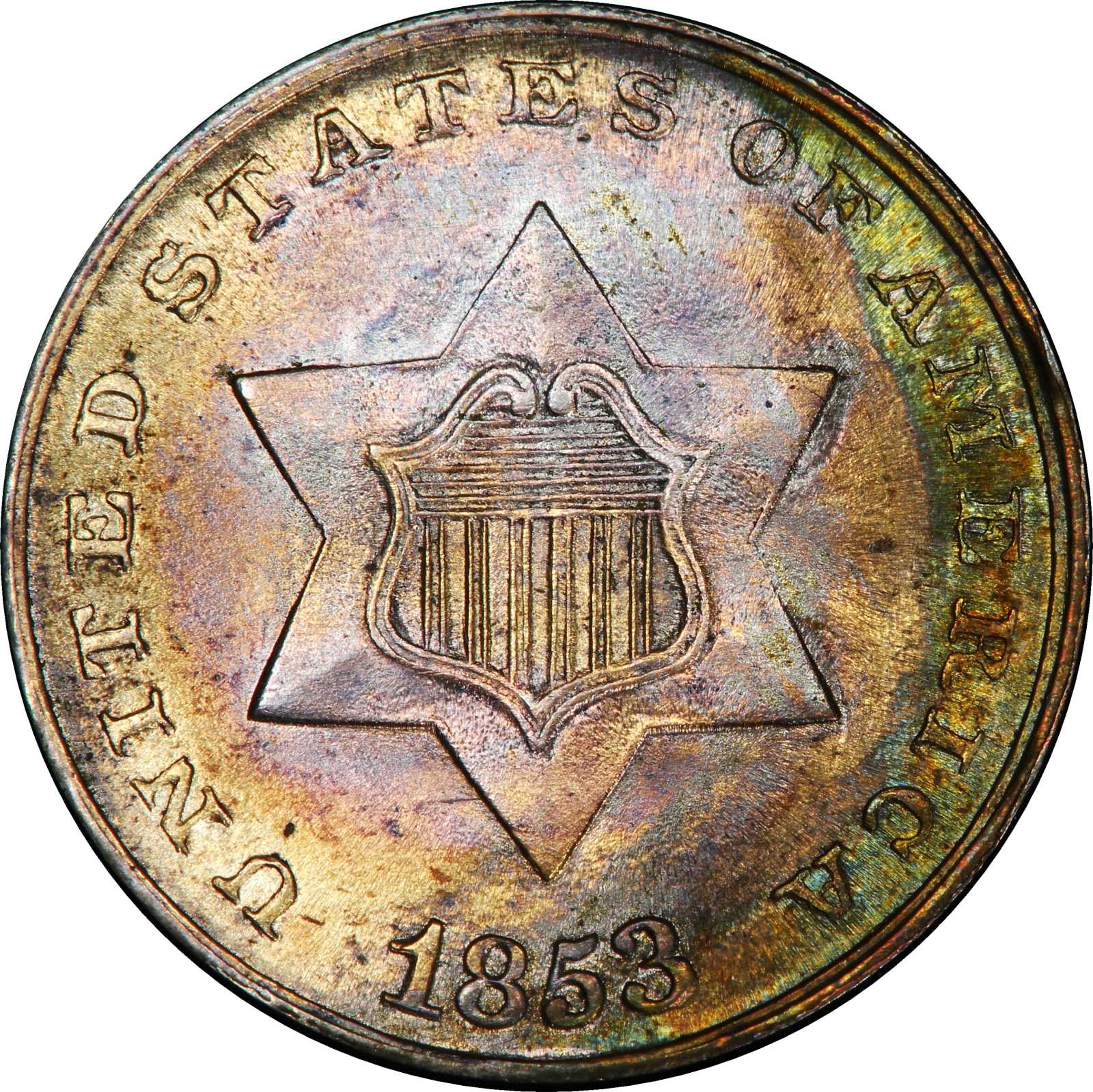 1853 Silver Three-Cent Piece. MS-67 (PCGS). CAC. Vividly and attractively toned, both sides of this silver three-cent piece exhibit crescents of burnt orange and olive-gold peripheral colors that yield to softer powder blue and champagne-pink elsewhere. The strike is bold to sharp and the frosty surfaces border on pristine. The first three years of the new silver three-cent piece saw the greatest numbers struck, along with the only issue struck at a branch mint. Initially the new silver three-cent pieces circulated widely and were indeed primarily used for postage stamps as was intended. Soon, the coins small size proved to be its greatest weakness; they were frequently damaged or lost, plus they tended to discolor easily compared to the larger silver coins that included more silver. This earned the silver three-cent pieces the sobriquet of "fish scales" in common parlance. Production reached its zenith in 1852, and remained strong in 1853 with over 11 million struck.The 1853 issue is among the more available dates of the denomination, even into the Mint State grade range. A decent number of Choice pieces are known, as are coins at the MS-65 level, though above that grade this issue becomes more of a challenge. Superb Gem specimens are the exceptions and are eagerly sought. The Pogue Collection specimen is among the finest for the issue.