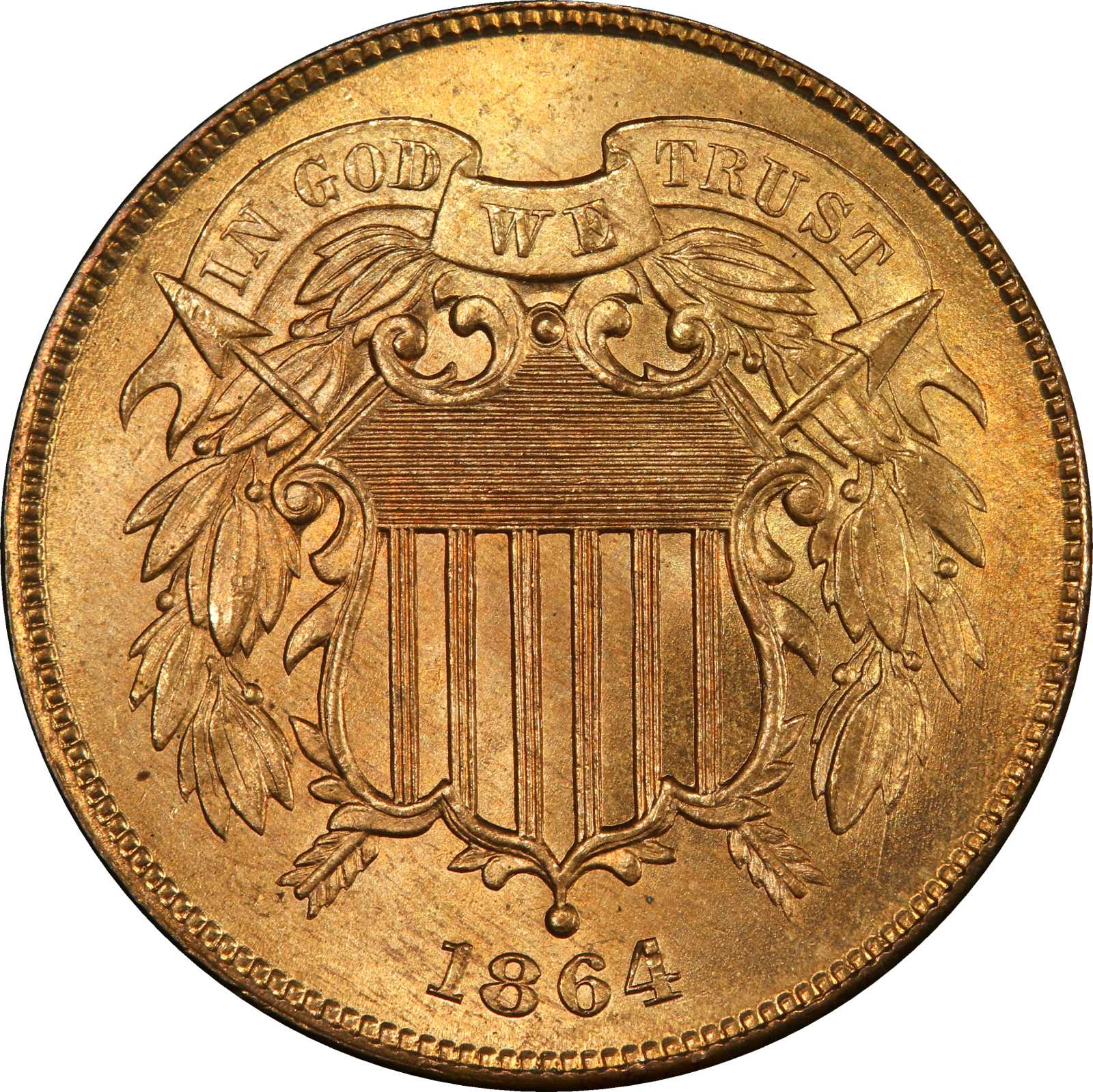 1864 Two-Cent Piece. Large Motto. MS-66 RD (PCGS). CAC. This lovely 1864 two-cent piece exhibits a delightful blend of pale orange and light pinkish-roses. The texture is frosty and smooth, and the design elements are fully defined from an expert strike. From the outset, the Civil War drove large quantities of coins from circulation, which were soon supplanted by a wide range of paper currency as well as millions of base metal tokens. The wide ranging success of the tokens prompted the Treasury Department to consider additional ways of addressing the acute shortage of copper coins in circulation. Considered was a new bronze two-cent piece.While plans for the new denomination were being finalized, Secretary of the Treasury Salmon P. Chase had heard the appeals of Reverend Mark R. Watkinson of Pennsylvania and decided that the new two-cent coin would include a statement of faith, ultimately settling on IN GOD WE TRUST. The new coin was ready by 1864 and the first versions introduced bore the motto on the obverse in small letters on a ribbon above the shield, flanked by laurel sprays. Not long after its debut, the obverse hub was modified to render the letters somewhat larger, and this hub became the standard for the rest of the short-lived series. While initially a success in commerce, production rapidly dropped off until the denomination was ultimately consigned to the history books in 1873.The lions share of the 19,847,500 two-cent pieces coined in the first year of the denomination are of the Large Motto variety, making it a popular choice for type sets. Examples are reasonably available in the middle range of Mint State up to MS-65, however most are Red and Brown. Only a comparative few exceed the stringent requirements to attain the full Red designation, and fewer of these grade finer than MS-65. This is a significant Gem example that bears a celebrated provenance.