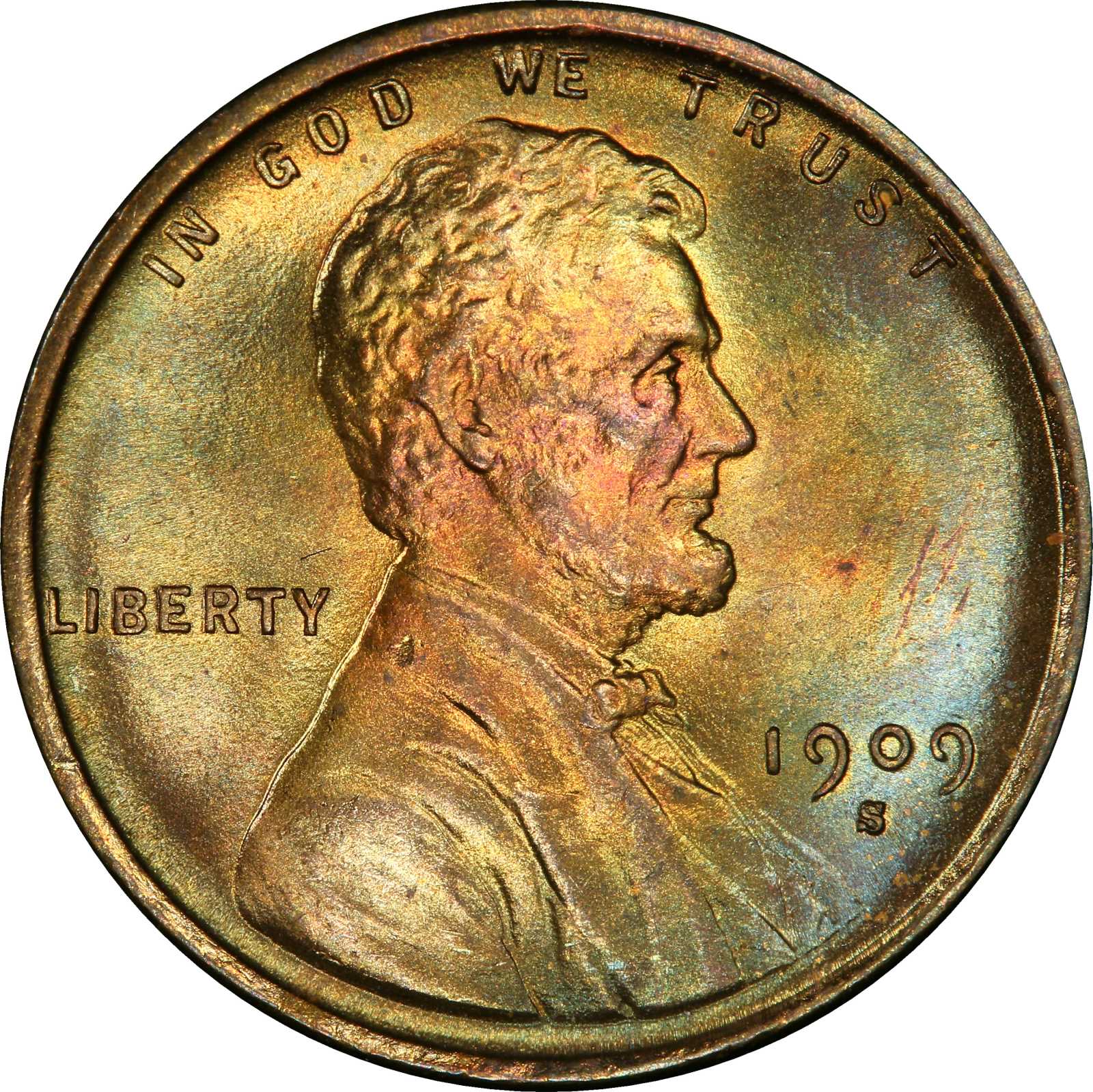 1909-S Lincoln Cent. V.D.B. MS-66 RB (PCGS). Highly lustrous and frosty, both sides of this cent display wisps of iridescent pale rose, powder blue and antique gold on autumn-orange surfaces. This is a fully struck and exceptionally well preserved Gem that will please even the most discerning numismatist.Among the most famous coins in American numismatics and one that even non-collectors have sought ever since its introduction, the 1909-S V.D.B. Lincoln cent has stood the test of time in terms of popularity. The centennial of Lincolns birth in 1909 provided an opportunity for Theodore Roosevelt to continue with his "pet crime" to revitalize the nations coin designs. Sculptor and medalist Victor David Brenner had designed some medals for Roosevelt in 1908 and also created a bronze plaque featuring the now familiar profile of Lincoln. Brenner suggested to Roosevelt that the cent would be an excellent choice to commemorate Lincoln, especially since Longacres Indian design was half a century old by that time. Brenner modified the bust from his plaque for the obverse and placed a pair of durum wheat stalks on the reverse surrounding the denomination, a simple but very distinctive design. Brenner placed his initials at the very bottom on the reverse, a decision that would come to be controversial. With some modifications, by late May models were prepared for approval by newly inaugurated President William H. Taft with the final version approved by Secretary of the Treasury Franklin MacVeagh on July 14, for an August 2 release date. The Philadelphia Mint had a head start on production of the new coins, while San Francisco did not receive the dies until late June. Long lines formed for the new coins and they quickly proved to be a hit with the public. Almost immediately the initials on the reverse prompted questions and soon their seemingly prominent placement proved to be too much; within days new dies were prepared with the initials removed entirely.While the Philadelphia Mint had already produced nearly 28 million coins ahead of the release date, the San Francisco facility had only struck 484,000 examples before the initials were removed. Instantly the San Francisco Mint coins were recognized as rarities and quickly absorbed into numismatic hands with premiums charged for the pieces. Most managed to escape heavy circulation and thus exist in overall high grades, including Mint State. Despite this, many Uncirculated coins were mishandled or stored improperly, thus three times as many examples are in the Brown category as there are in Red Brown. Above MS-65, the 1909-S V.D.B. becomes conditionally challenging, making Gem specimens especially desired by numismatists seeking the highest quality. From our (Bowers and Merenas) sale of the Louis E. Eliasberg, Sr. Collection, May 1996, lot 668.