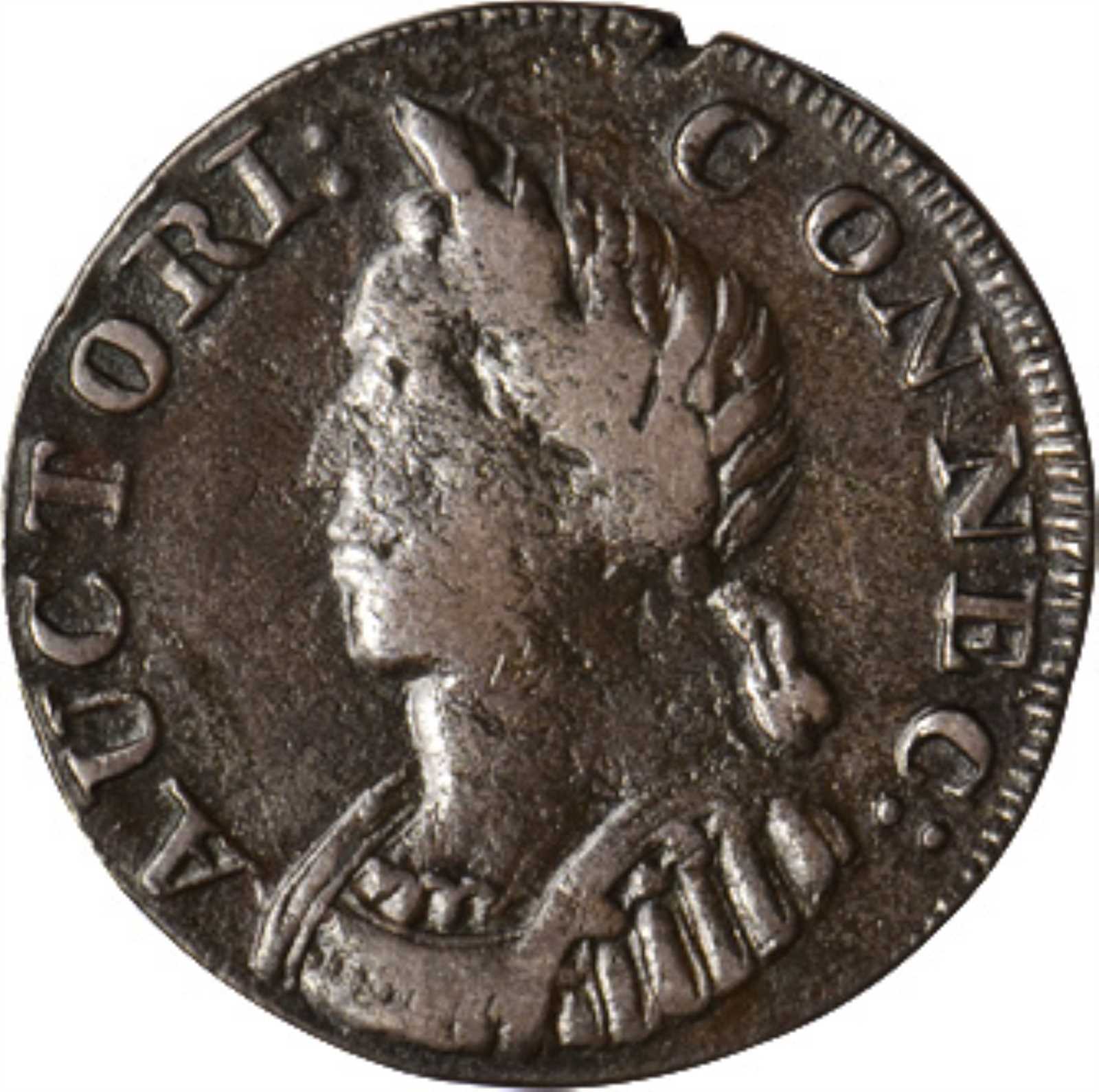 1787 Connecticut Copper. Miller 7-I, W-2830. Rarity-5+. Mailed Bust Left, Hercules Head. VF-20 (PCGS). 129.6. grains. The Breen Encyclopedia Plate Coin. Miller obverse 7 is a biennial die, used to coin Hercules Heads dated both 1786 (as Miller obverse 5.3) and 1787; bizarrely enough, Connecticut researcher Edward Barnsley wrote in the April 1968 issue of CNL that the 1787 dated Hercules Head was struck <em>before</em> the 3 Hercules Head die marriages dated 1786, based on a die state progression study. Considered “One of the Finest Known” when Robert composed his envelope for this coin, he clearly was not aware of the superb Newman specimen, ex Dr. Hall, now graded NGC MS-62, and far and away the finest known of the die marriage, though he was clearly aware of quite comparable 7-I, ex Crosby, that was also in his collection and sold for $6,600 in our November 2019 auction of the majority of his collection. Almost all Hercules Heads we have seen show striking weakness at some point along Hercules’ profile, here weakening his nose and lower eye. All that separates this coin from Robert’s previously sold example is a touch more texture on the choice, dark chestnut brown surfaces that are a touch lighter at the high points. Well-centered with a full date and just the tops of INDE touching the rims; this very attractive example is overall sharper than the PCGS VF25 Ken Mote-Twin Leaf coin we sold in March 2019 for $4,800, which has some significant flan flaws in comparison. Though not a grand rarity in the Connecticut series, the 7-I is important as the 1787 Hercules Head <em>Guidebook</em> type, and finding a more balanced, pleasing and problem-free example than this one would necessitate a long search and a good dose of luck. From the Robert M. Martin Collection. Ex 1975 EAC Convention Sale, Pine Tree Auction Company, February 15, 1975, lot 83; Stack’s Sale of the John L. Roper Collection, December 8-9, 1983, lot 240.