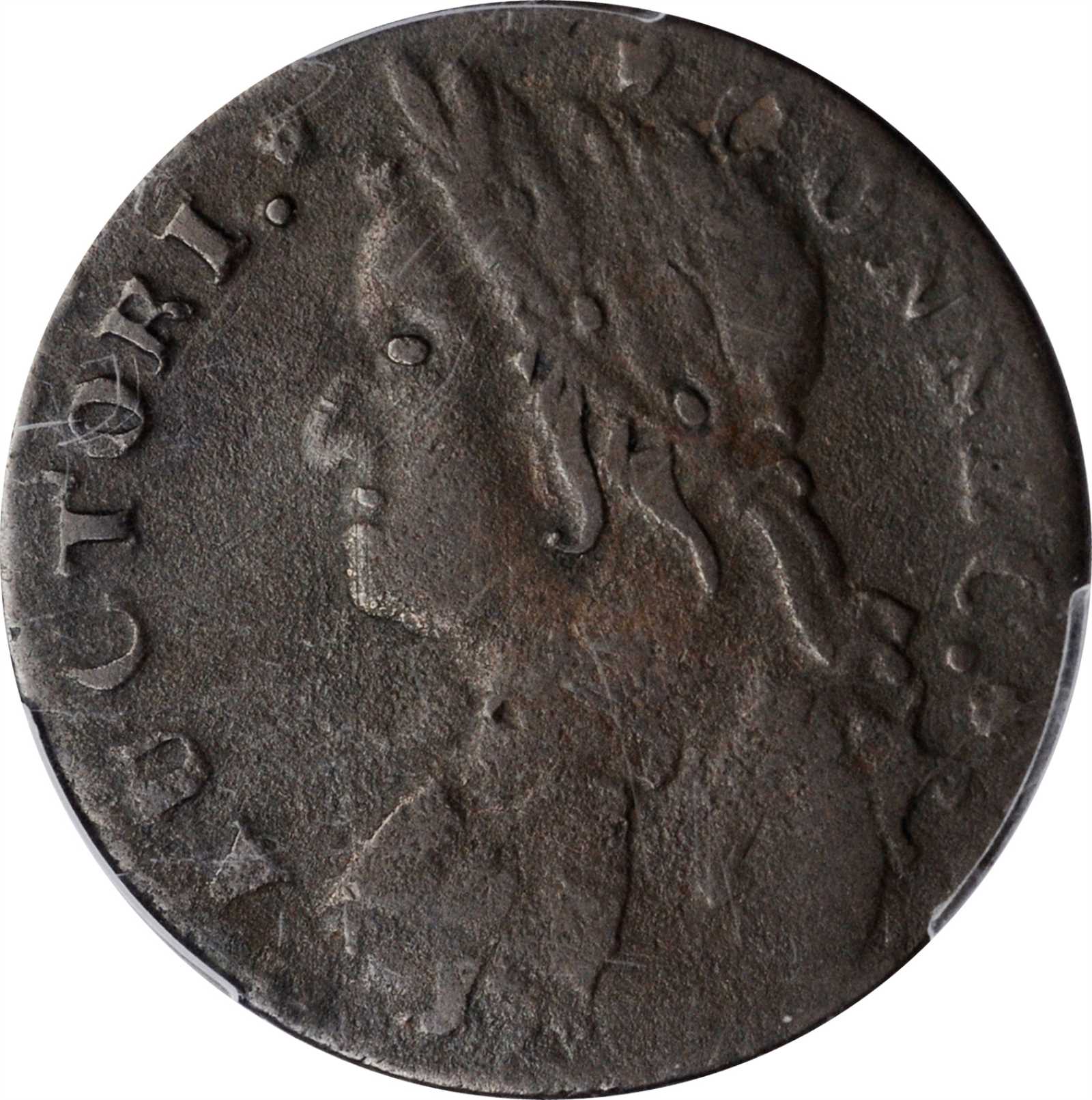 1788 Connecticut Copper. Miller 16.3-N, W-4610. Rarity-2. Draped Bust Left—Struck over a 1787 Massachusetts Cent, Ryder 1-B—VF-25 (PCGS). 122.8 grains. Over a dozen examples of Miller 16.3-N overstruck on the contemporary counterfeit 1787 Ryder 1-B Massachusetts Cents are known, ironically making the Massachusetts Cent more common as a host coin than in its natural state, which is rated Rarity-7-, or fewer than a dozen known! All 1788 Connecticut coppers are technically contemporary counterfeits to begin with, making this a counterfeit struck over a counterfeit! This example is dark olive-brown and uniformly and lightly granular except at the high points of the designs, which are worn to a smooth patina. Very well centered but the host coin was not large enough to accommodate the entirety of the reverse legends, cutting off the tops of ET L(IB). Ample amounts of the host coin are visible on both sides, including significant parts of several letters in the word MASSACHUSETTS. An overall attractive and well-pedigreed example of this fascinating issue that is the only Colonial coin die marriage that is found struck over Massachusetts coppers. From Stack’s sale featuring selections from the L.S. Ruder Collection of Colonial Coins, September 9-11, 1987, lot 31.