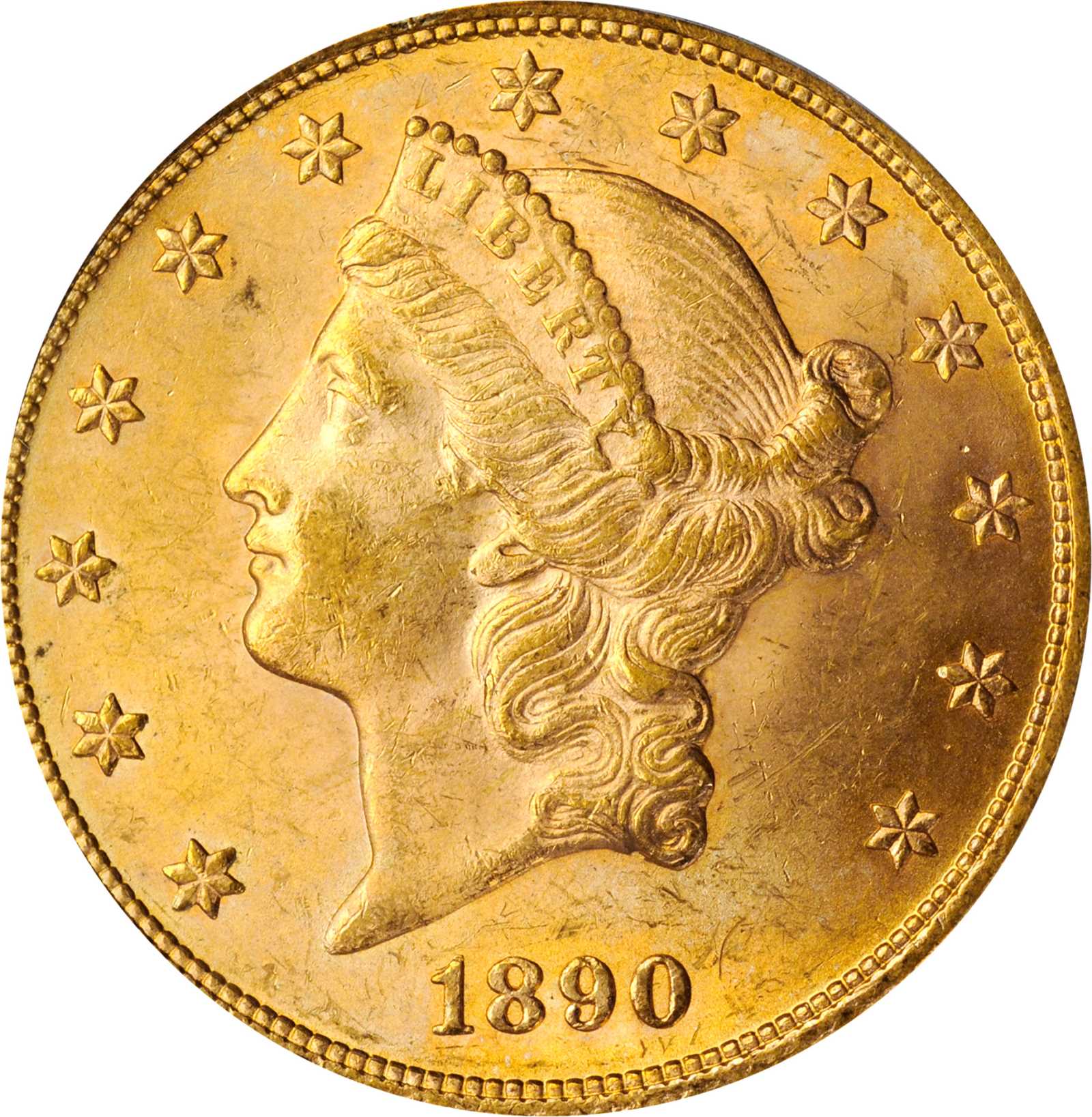 1890 Liberty Head Double Eagle. MS-62 (PCGS). CAC. Original deep rose surfaces also offer sharp striking detail and billowy mint luster. Only 75,940 double eagles were struck at the Philadelphia Mint in 1890, though that figure was up more than 31,000 pieces from the previous years output. Face value amounted to $1,518,800. Portions of the mintage went overseas in banking and other business transactions. Due to the "silver question" and the "Free Silver" movement, politicians placed heavy emphasis on the supposed desirability of silver dollars over gold coins. Overseas merchants and bankers feared that the government might pay its obligations in silver dollars of reduced intrinsic value (just 81 cents). This precipitated a rush to buy double eagles in the 1880s that continued into the new decade. The Treasury Department was on its way to running out of such coins! Treasury or Coin Notes, first issued this year, were redeemable in silver or gold, at the option of the treasurer of the United States, as it was not certain if there would be sufficient gold available. Prior to the later years of the 20th century when examples of the issue began to return from overseas, the 1890 was not often seen in Mint State. Today, we estimate some 500 to 800 or more Mint State examples of the date exist, most of those at the low end of the Uncirculated range. This is a premium quality BU example, ideal for representing an intriguing era in the Liberty Head double eagle series.