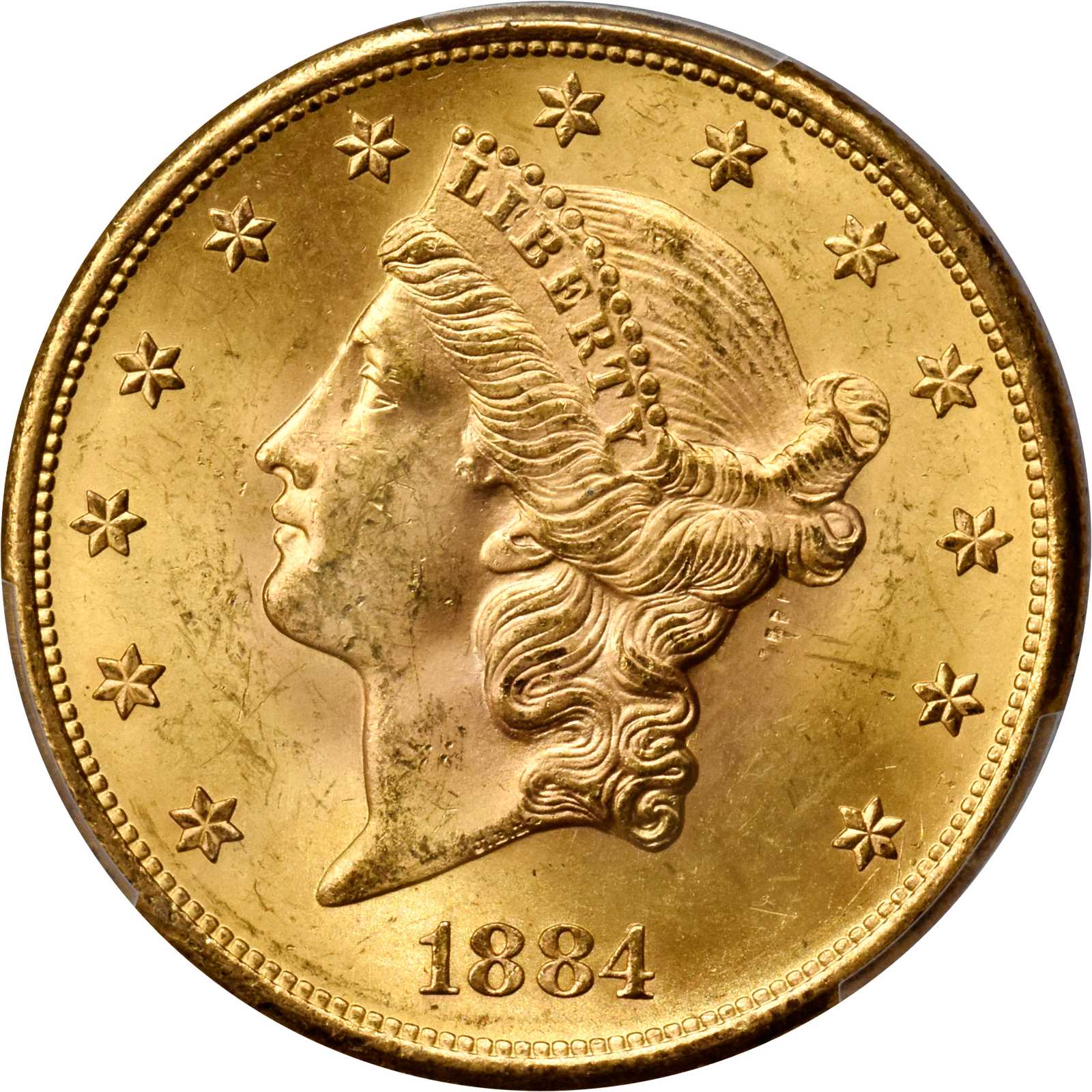 1884-S Liberty Head Double Eagle. MS-64 (PCGS). A breathtakingly beautiful example with bountiful mint luster and a razor sharp strike. Vivid rose-gold patina lies at the centers while the larger peripheries offer a green-gold hue; a stunning visual contrast. The mintage for this San Francisco Mint double eagle issue is 916,000 pieces ($18,320,000 face value). Similar to contemporary issues, many served in commerce, others were shipped overseas, and some were held in reserve for the redemption of Gold Certificates.

David W. Akers accounted for dozens of Uncirculated examples in his 1982 double eagle treatise, and when Q. David Bowers penned his Guide Book of Double Eagles in 2004 the estimate had grown to thousands, most of which are believed to have been repatriated to American collections from bank hoards. The present example is far finer than most, however, with a mere six examples at PCGS grading any finer. The offering here represents a fleeting bidding opportunity for the advanced double eagle enthusiast. From the Fairmont Collection.