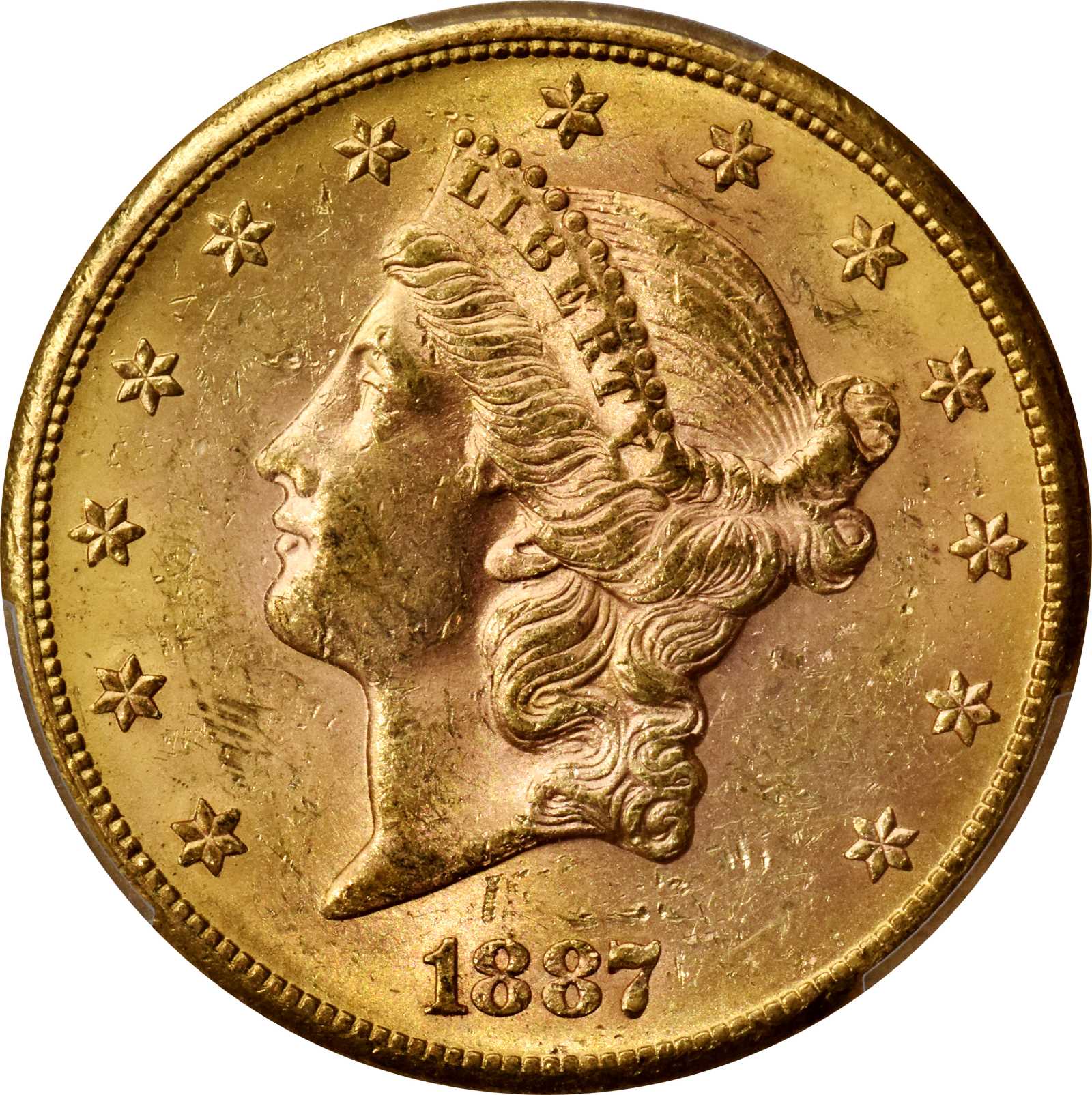 1887-S Liberty Head Double Eagle. MS-62 (PCGS). Beautiful rose-gold surfaces are sharply struck with full, frosty mint luster to both sides. 283,000 double eagles were struck at the San Francisco Mint in 1887, equal to a face value of $5,660,000. Although this is not a particularly limited mintage in an absolute sense, it marked the lowest production level for double eagles coined at the San Francisco facility during the 1880s. As recently as 1982, David W. Akers considered the 1887-S to be scarce in Uncirculated condition, and Mint State examples appeared in fewer than 10% of the major auction sales that he surveyed in preparation of his landmark double eagle treatise. Later in 2004, when Q. David Bowers authored his Guide Book of Double Eagles for Whitman, the situation was completely different, as thousands of Uncirculated examples from overseas bank reserves had come to light, and were repatriated in American collections. Today, the more generous estimates place the Uncirculated population above the 3,000-coin figure. This is a superior quality example for the assigned grade that represents a significant find for the discerning collector. From the Fairmont Collection.