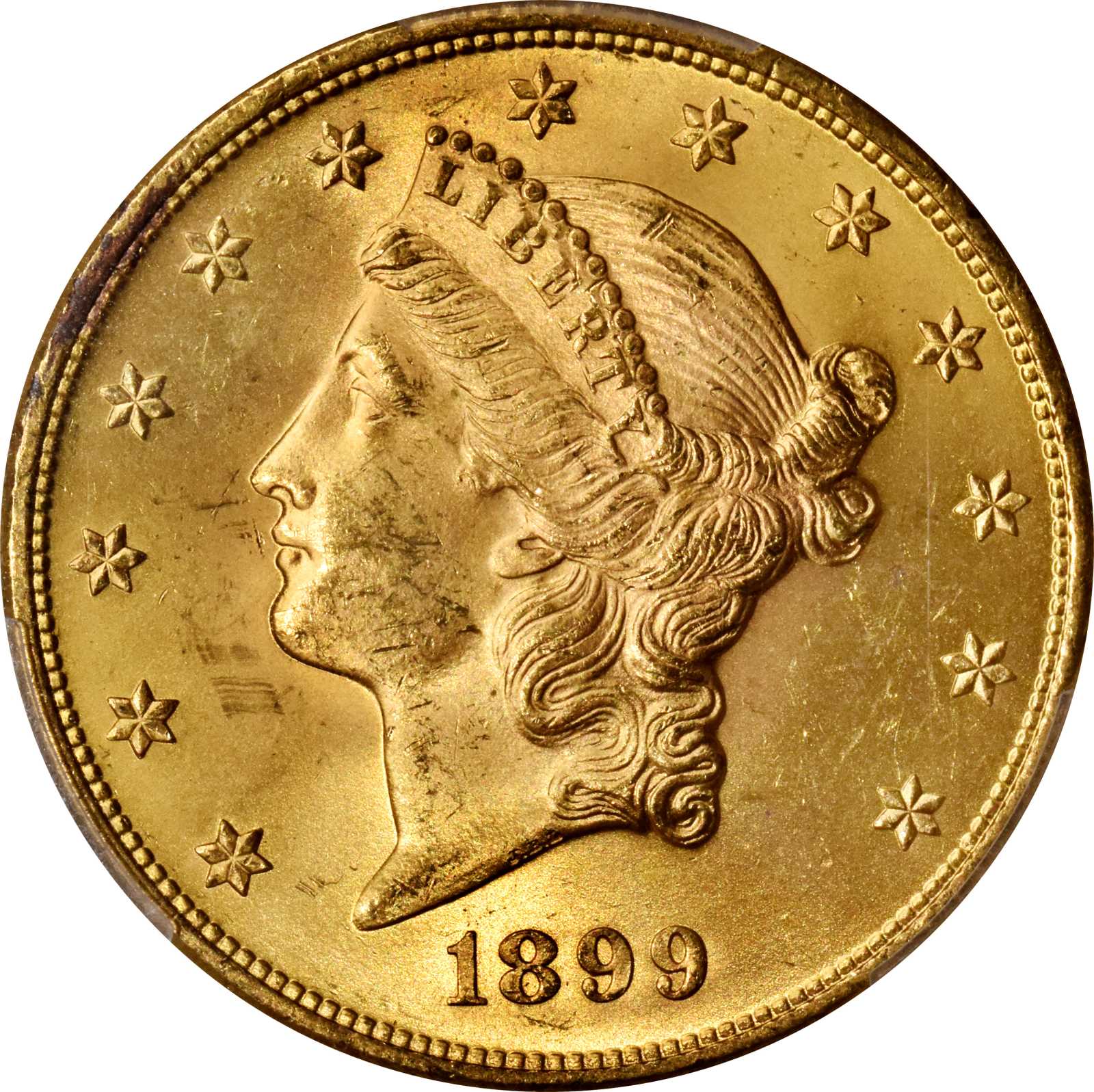 1899 Liberty Head Double Eagle. MS-64 (PCGS). CAC. Vivid orange-gold patina blends with swirling mint frost on both sides of this sharply struck, carefully preserved example. The double eagle presses in Philadelphia turned out 1,669,300 circulation strikes in 1899, nearly 1.5 million more than in the previous year. Face value amounted to $33,386,000. Much of the mintage was used in overseas business and banking transactions. By this time paper money was used domestically in preference to gold coins except in certain areas of the West. With 25,000 to 45,000 or more Uncirculated examples available to todays collectors the 1899 is obviously a plentiful issue, especially in the MS-60 to MS-63 grade range. Much of the known Mint State population has returned to the United States in the past several decades. As a superior quality and solidly graded near-Gem, the coin offered here will please the discerning collector. From the Fairmont Collection.