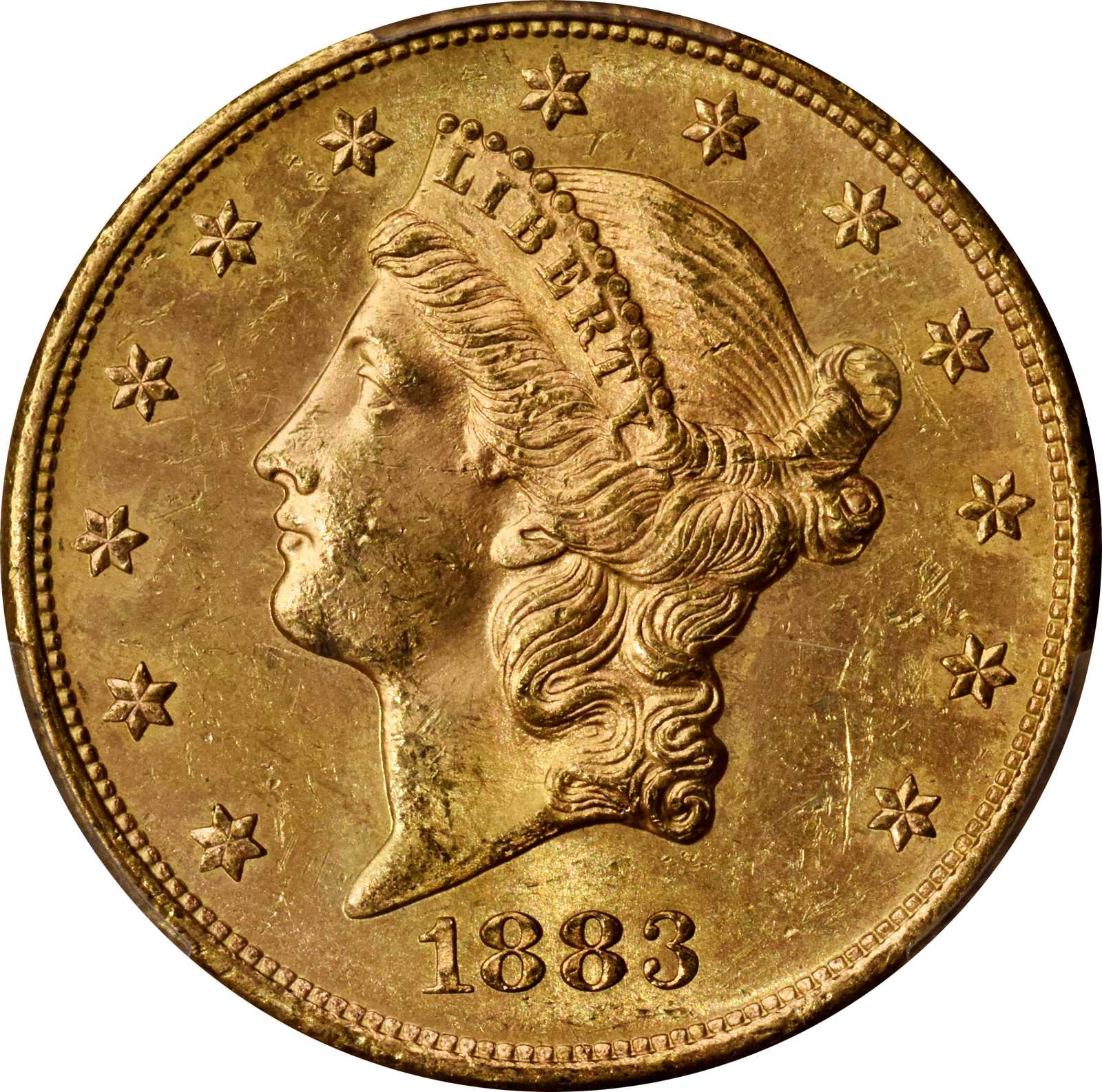 1883-S Liberty Head Double Eagle. MS-63 (PCGS). Beautiful rose-gold surfaces are highly lustrous with a full endowment of cartwheel mint frost. Razor sharp in striking detail with eye appeal to spare. There was a large production of 1,189,000 double eagles at the San Francisco Mint in 1883, equal to a face value of $23,780,000. Many pieces circulated extensively in commerce, others were shipped overseas in international trade, and still others were probably held in reserve for the redemption of Gold Certificates. David W. Akers, in his 1982 treatise on double eagles, reported that he found 46 auction appearances of Uncirculated examples in a survey of more than 400 major sales. This of course was in the "olden days" before large-scale importation. Q. David Bowers in his 2004 Guide Book of Double Eagles estimated the surviving Mint State population at more than 1,000 pieces, indicating that many additional examples had come to light during the intervening years from overseas gold holdings. This lovely MS-63 is finer than most and would do nicely in an advanced collection. From the Fairmont Collection.