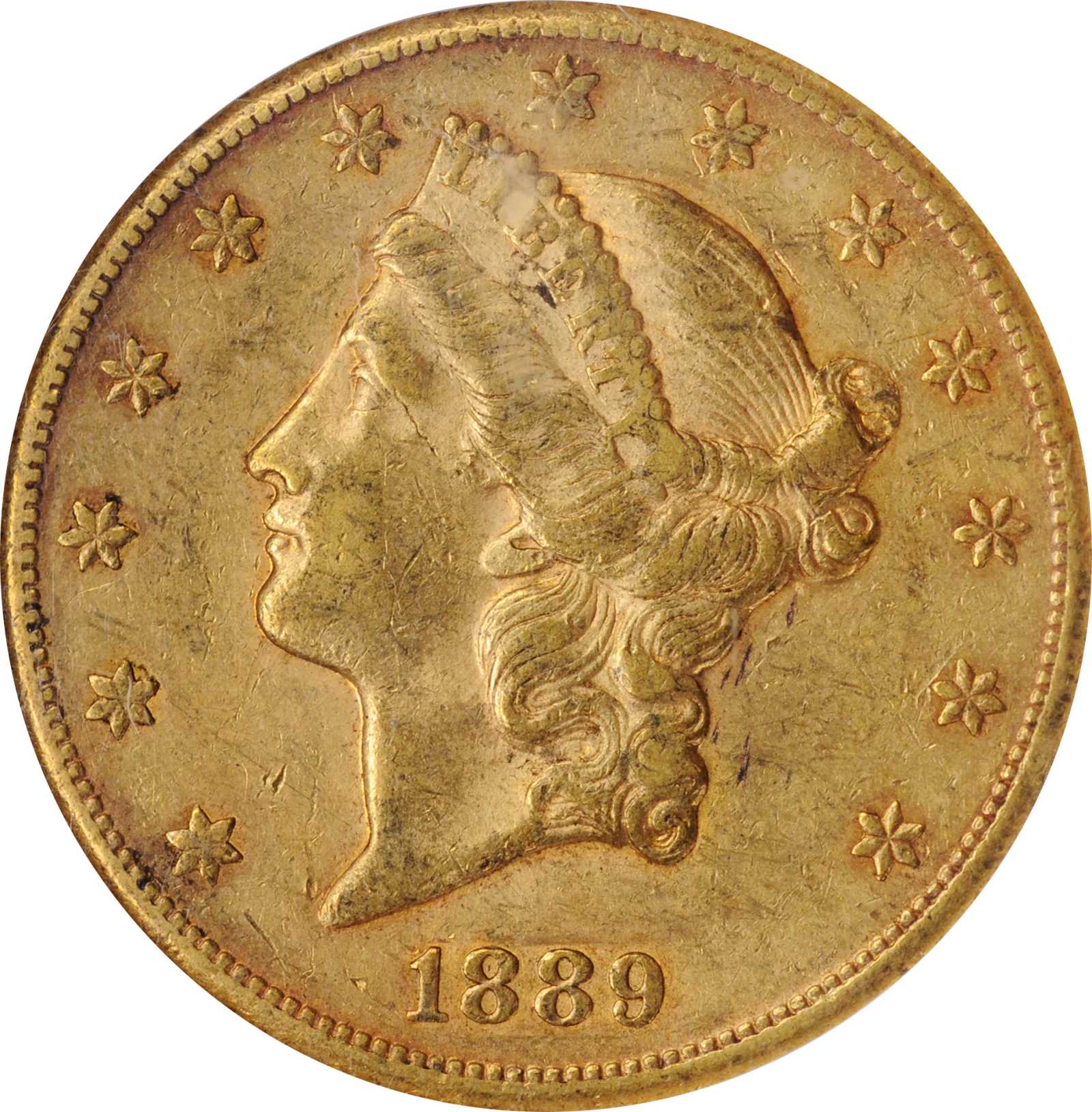 1889-CC Liberty Head Double Eagle. AU-50 (NGC). CAC. An original example with pale khaki surfaces and terra cotta patina surrounding the design elements. The fields are notably smooth and blanketed with considerable mint luster on each side. Evenly worn and quite attractive for the assigned grade. The election of Benjamin Harrison as president allayed fears of the Carson Citys closure and not long after, coin production resumed in the second half of 1889 with silver dollars and double eagles. That year just 30,945 $20 gold pieces were ultimately produced from only one set of dies. As with many other double eagles from the period, the coins circulated heavily in the West and eventually found their way into international trade where they would remain in bags stashed away in bank vaults. A delightful AU example of the premier issue of the second and final generation of double eagles struck at the famed Nevada coining facility.