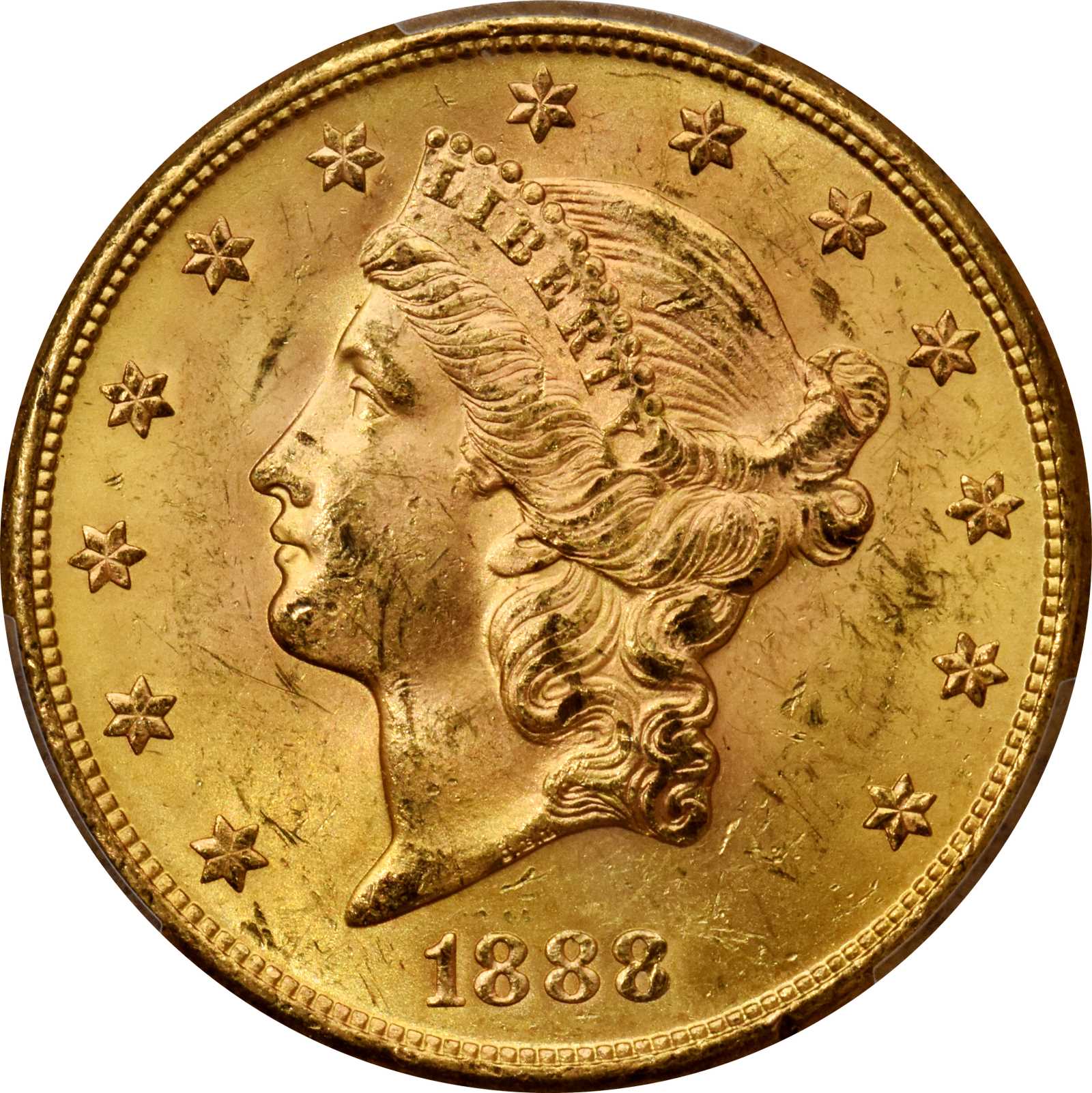 1888-S Liberty Head Double Eagle. MS-63 (PCGS). Delightful rose-orange surfaces are further adorned with billowy mint frost. A smartly impressed and inviting example with undeniable condition scarcity in an 1888-S double eagle. A mintage of 859,600 double eagles was recorded for the San Francisco Mint in 1888, amounting to a face value of $17,192,000. The vast majority of these probably served extensively in the daily needs of commerce, while others were used for overseas trade or kept on reserve for the redemption of paper currency. Back in 1982, David W. Akers reported appearances of Uncirculated examples in only about 10% of the major auction sales examined by him while preparing his celebrated double eagle opus. He regarded the issue as "moderately scarce" in Mint State. In subsequent years, the number of Mint State examples increased dramatically, and by 2004 when Q. David Bowers wrote his Guide Book of Double Eagles, the high end Mint State estimate had swelled to an excess of 2,500 pieces. Even so, examples grading finer than MS-62 remain scarce from a condition standpoint, confirming the significance of the present offering for the quality conscious gold collector. From the Fairmont Collection.