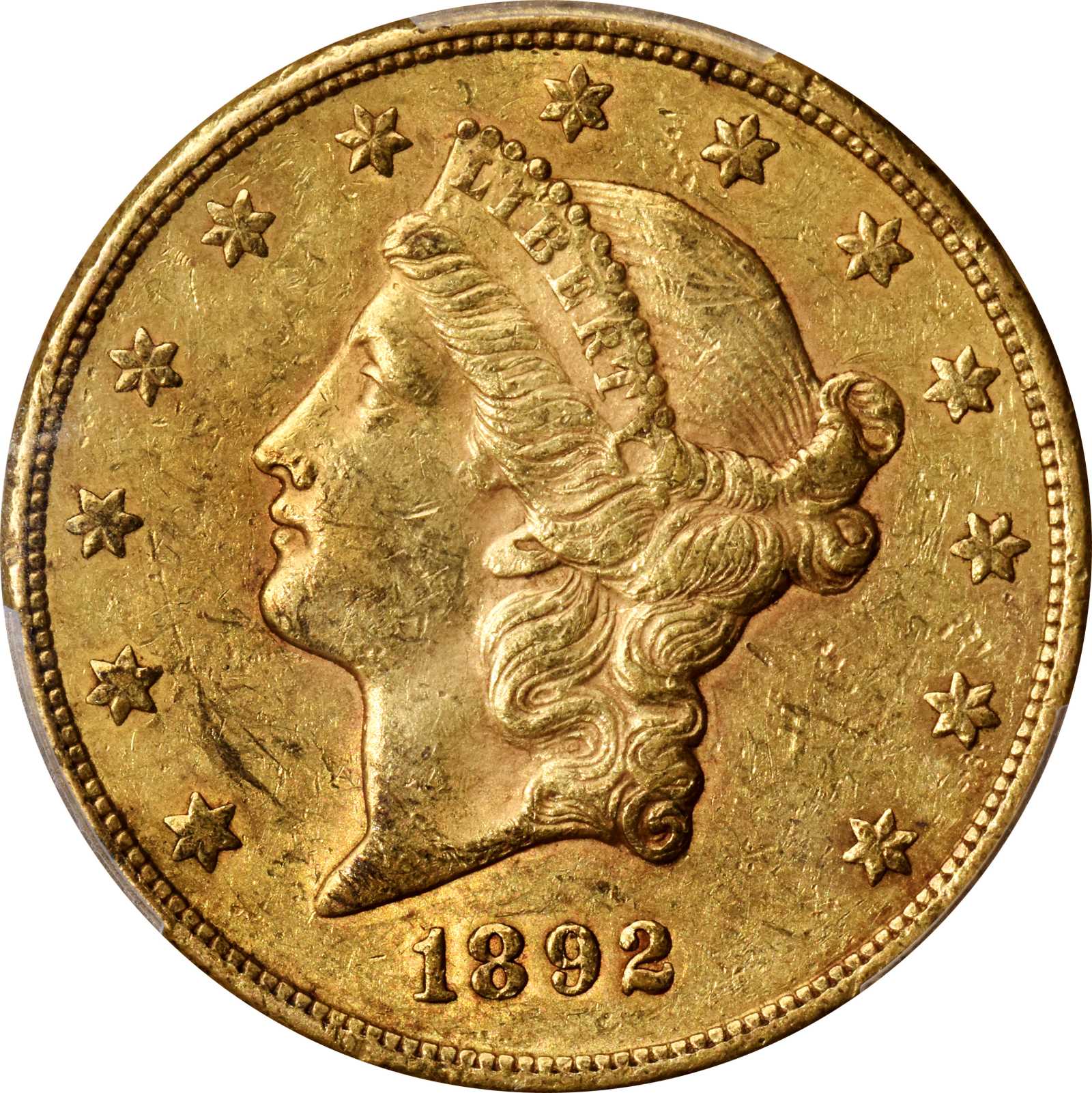 1892-CC Liberty Head Double Eagle. AU-50 (PCGS). Bold khaki-gold patina throughout, both sides also reveal glints of brighter rose iridescence in the protected areas around some of the devices. Sharply defined and appreciably lustrous for the assigned grade. The Carson City Mint produced 27,265 double eagles in 1892, up more than 22,000 coins over the previous years production figure at this facility. Face value amounted to $545,300. This issue was considered to be quite scarce for many years, and even today it is hardly plentiful. In the late 1950s Jim Kelly imported quite a few. His retail price in 1957 was $90, when a common date double eagle sold for about $40. Thanks to repatriations facilitated by Kelly and others, we believe that 1,250 to 1,750 or so circulated examples of the 1892-CC can be found today. Most grade VF or EF with AU examples such as this scarce. Prior to the 1960s, most "name" collections had a VF or occasional EF example of this issue. From the Fairmont Collection.