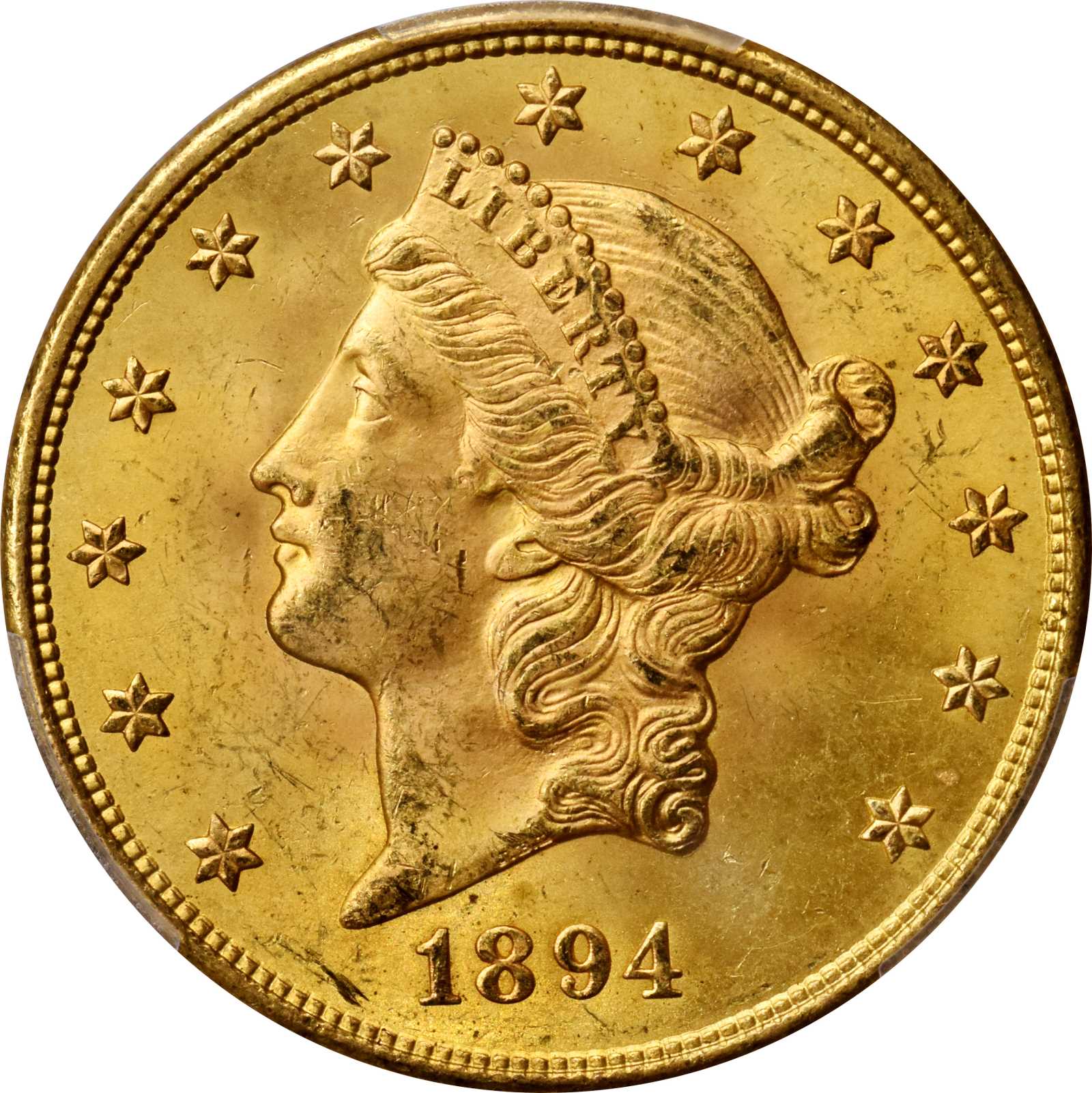 1894-S Liberty Head Double Eagle. MS-64+ (PCGS). CAC. Delightful golden-orange surfaces are sharply struck with a full endowment of frosty mint luster. The San Francisco Mint produced 1,048,550 double eagles of this date with a face value of $20,971,000. Much of the mintage was used in overseas transactions. We estimate 6,000 to 10,000+ Mint State examples of the 1894-S can be found today, most of those at the low end of the Uncirculated scale, though MS-63 and MS-64 examples can be found with patience. In the 1930s and 1940s an EF example of the date was considered a top-notch coin, though that changed after World War Two when large quantities of the issue were returned to America by coin dealers and others. As with so many other issues in the popular and widely collected Liberty Head double eagle series, however, the 1894-S remains a formidable condition rarity in grades above the basal MS-64 level. From the Fairmont Collection.