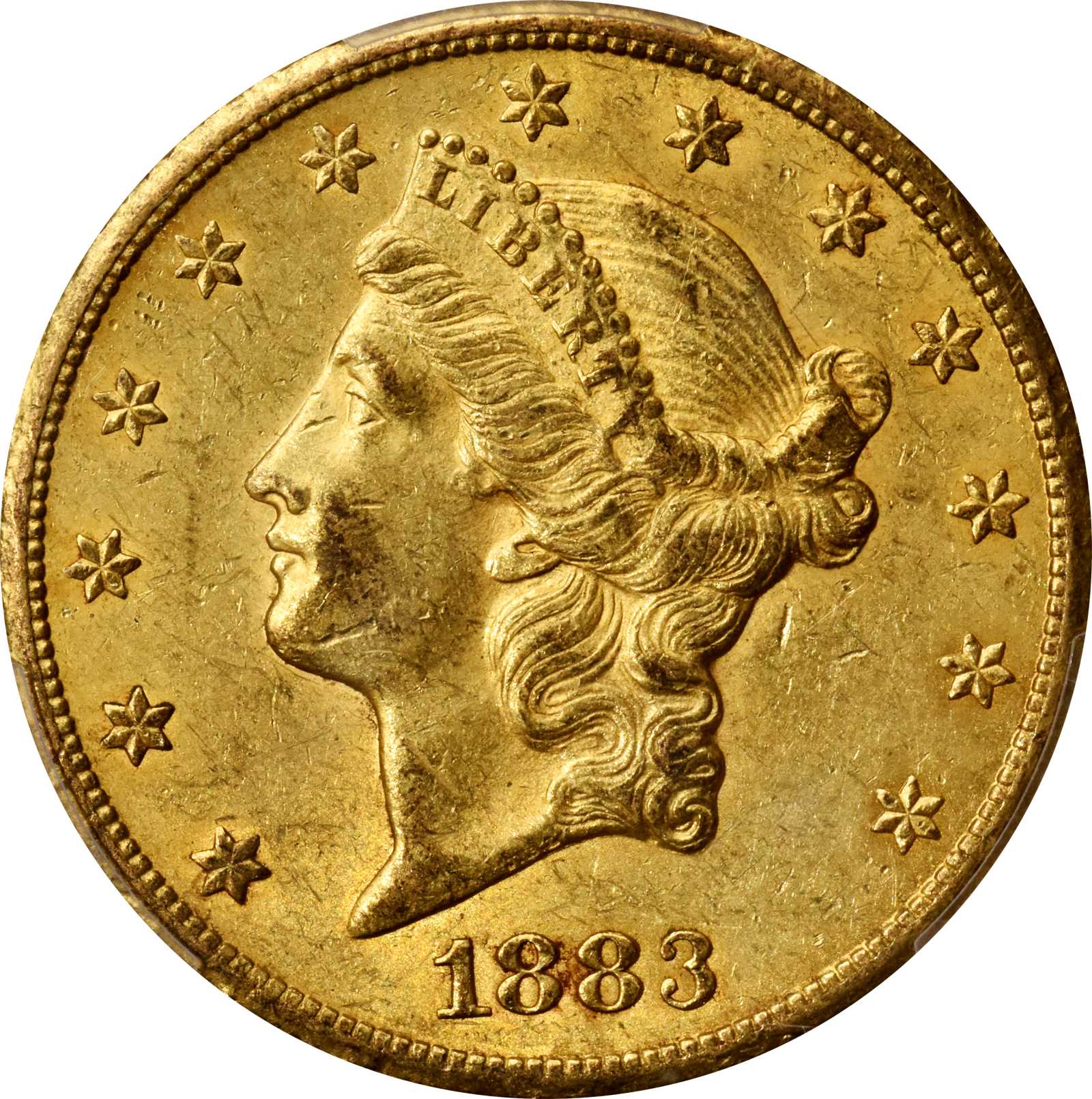 1883-CC Liberty Head Double Eagle. AU-58 (PCGS). CAC. A desirable near-Mint example showing even golden hues with tinges of darker patina on the high points. The faintest evidence of friction shows under a glass, though the surfaces remain incredibly lustrous and well-composed. Beautiful and original. Mint records indicate a production figure of 59,962 double eagles at the Carson City Mint in 1883, equal to a face value of $1,199,240. Most entered into the channels of commerce and circulated extensively, although more than a few were exported. In 2004, Q. David Bowers pegged the circulated population at 1,100 to 1,400+ pieces, which is probably too low now, more than a decade later. The actual figure may be close to twice the high-end estimate, and there is no doubt that the 1883-CC is one of the more readily obtainable Carson City Mint double eagles in circulated grades. On the other hand, few are as technically sound and aesthetically pleasing as the present example, which is also nicer than many low-end Uncs that we have handled in recent years. A find for the discerning collector, and worthy of the strongest bids. From the Fairmont Collection.