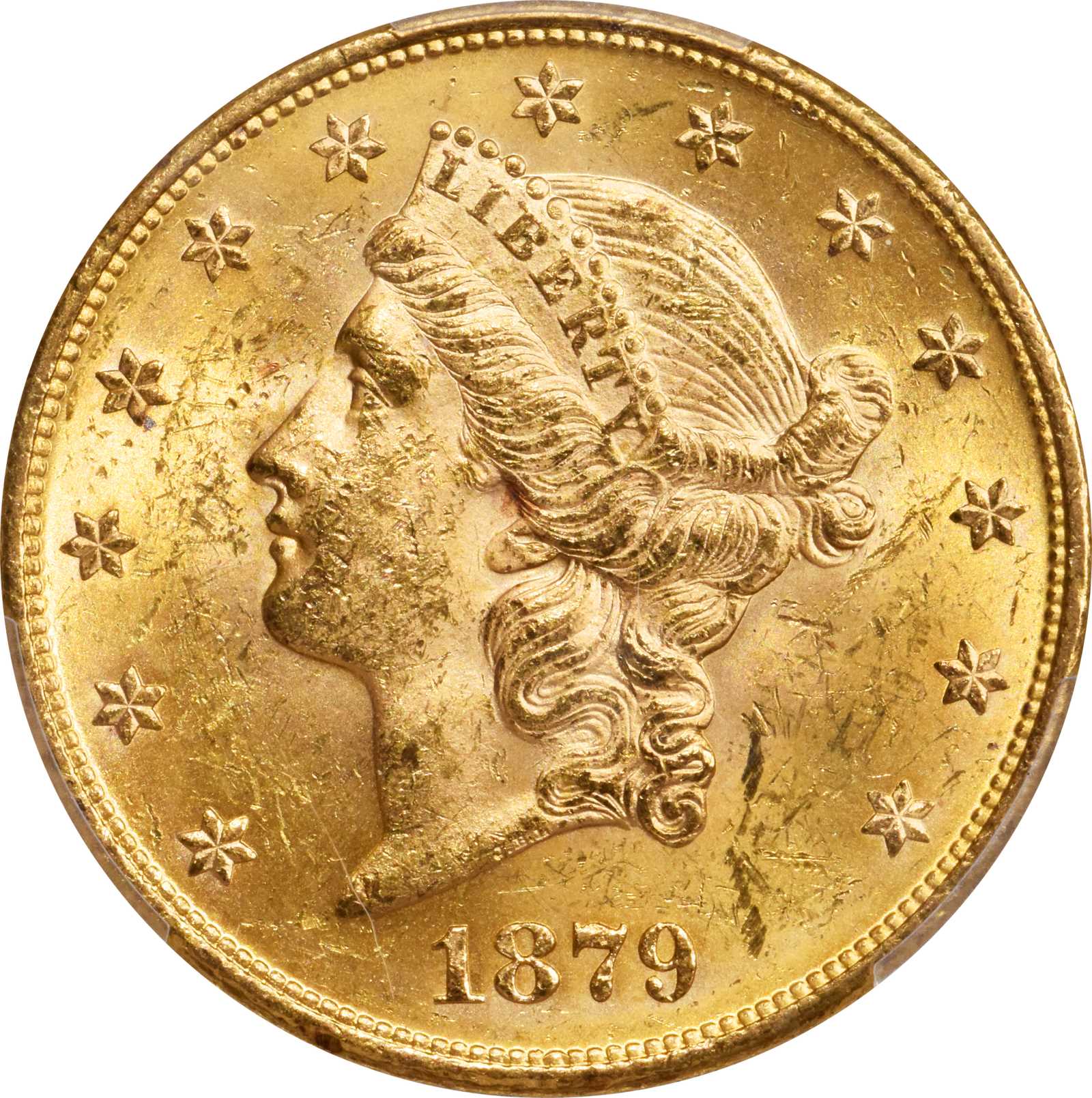 1879 Liberty Head Double Eagle. MS-61 (PCGS). CAC. Fully lustrous with a razor sharp strike, this otherwise golden-apricot example reveals a few faint alloy spots on the reverse. Mintage for this circulation strike Philadelphia Mint issue is 207,600 pieces, down more than 336,000 coins from the previous years tally at this facility. Much of the mintage was sent abroad in banking transactions, although many were paid out at par in the next few years -- the first time gold coins circulated in East Coast commerce since 1861. About 350 to 450 Mint State examples of the issue are extant, mainly in the MS-60 to MS-61 range, though finer pieces are occasionally available. The 1879 was a true scarcity in Uncirculated condition until the second half of the 20th century, when specimens began to flow back to America. Even now it is still among the scarcer Type III Liberty Head double eagles in all Mint State grades. From the Fairmont Collection.