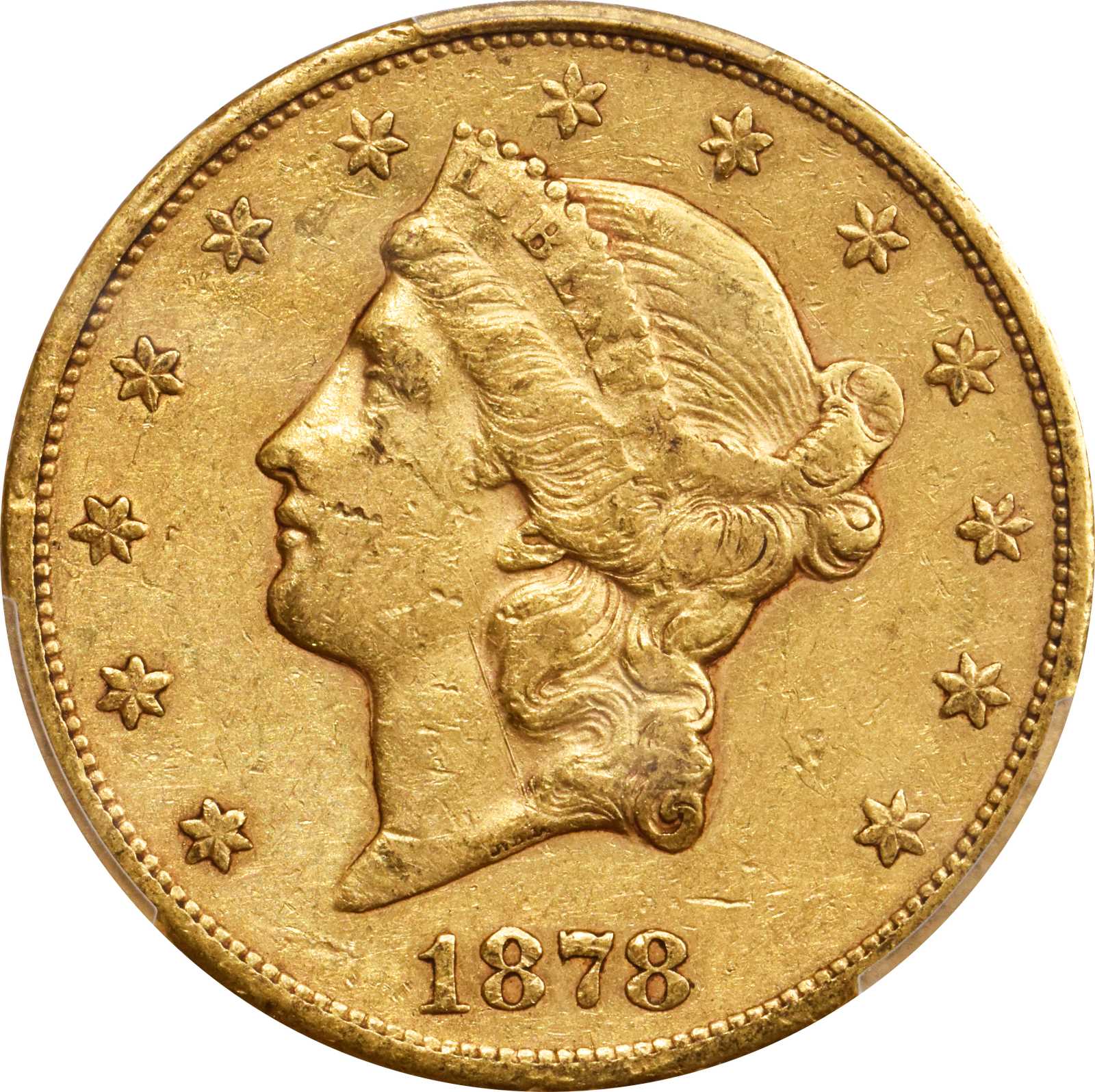 1878-CC Liberty Head Double Eagle. EF-40 (PCGS). CAC. A richly original example with dominant khaki-gold patina, both sides also reveal tinges of pale rose iridescence as the surfaces dip into a light. Lustrous for the grade with bold to sharp devices, this is an exceptional coin for both the issue and the assigned grade. The passing of the Bland-Allison Act in 1878 meant that the Treasurys focus was placed on striking silver dollars over gold coins. Only 13,180 double eagles were struck at the Carson City Mint that year, less than one-tenth the production from just two years prior, making this one of the scarcest issues in this mintmarked gold series. While the estimated overall survival rate of 4% to 5% for the 1878-CC double eagle is larger than most others from this facility, specimens appear at auction far less than expected. Seldom seen in any grade, attractively original EF examples such as this are elusive and worthy of serious consideration. From the Fairmont Collection.