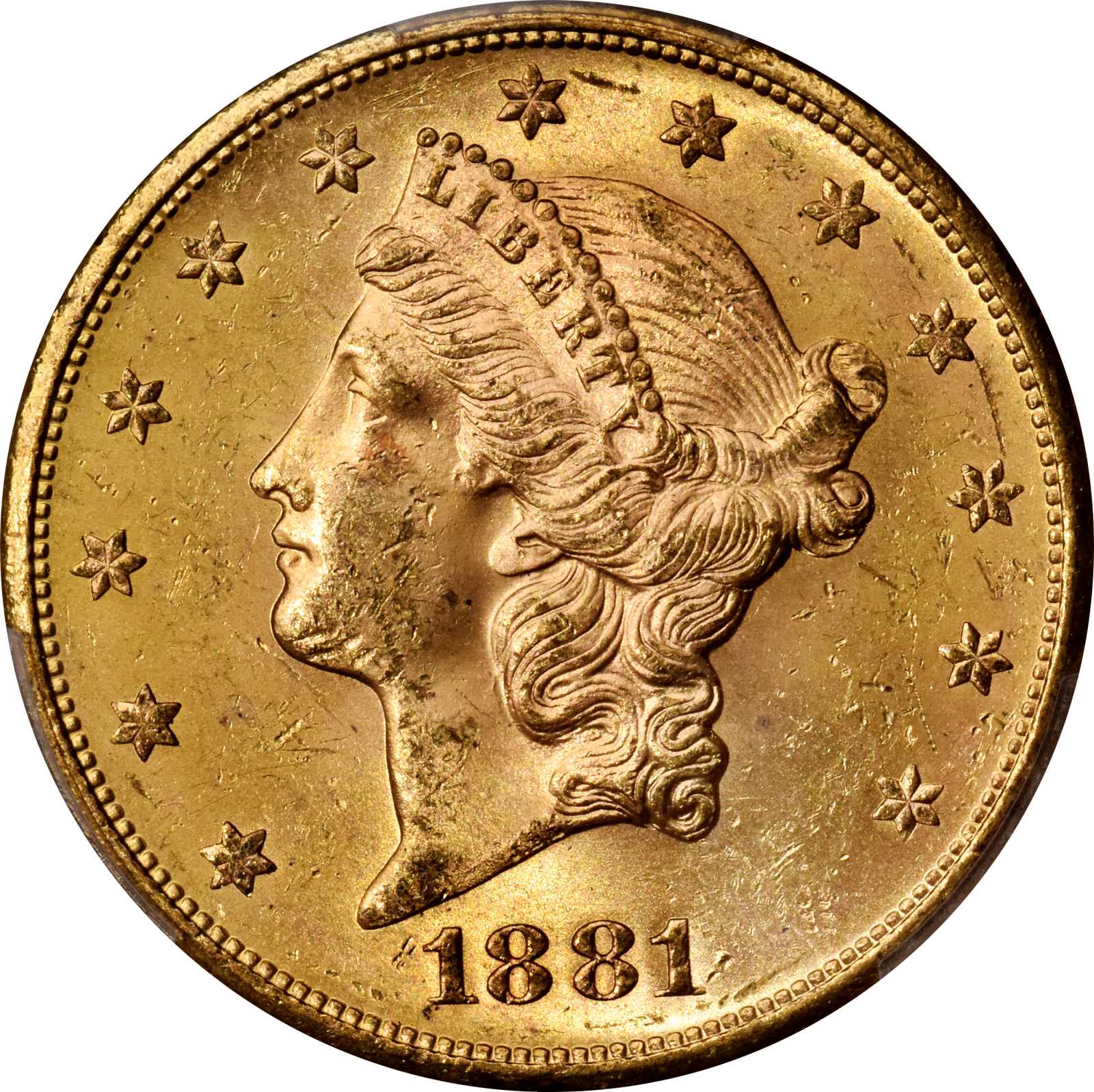 1881-S Liberty Head Double Eagle. MS-62 (PCGS). CAC. Frosty to modestly semi-reflective surfaces are fully struck and possessed of beautiful rose-gold patina. The West Coast mint reported a mintage of 727,000 double eagles in 1881, a figure representing a face value of $14,540,000. It is likely that most of the 1881-S mintage entered into the channels of commerce and remained there until the average grade was only in the VF to EF range. Other pieces were likely reserved in banks and Treasury vaults for the redemption of Gold Certificates. Q. David Bowers in his 2004 Guide Book of Double Eagles estimates an Uncirculated supply of 500 to 750+ pieces. This estimate is nicely reflective of combined PCGS and NGC population statistics (taking into consideration the likelihood of resubmissions), and represents a large increase in available supplies since the early 1980s. Obviously many examples have been repatriated from foreign bank reserves in recent years, a familiar story in the Liberty Head double eagle series. With most survivors grading no finer than MS-62, this beautiful example offers solid value for the astute double eagle collector. From the Fairmont Collection.