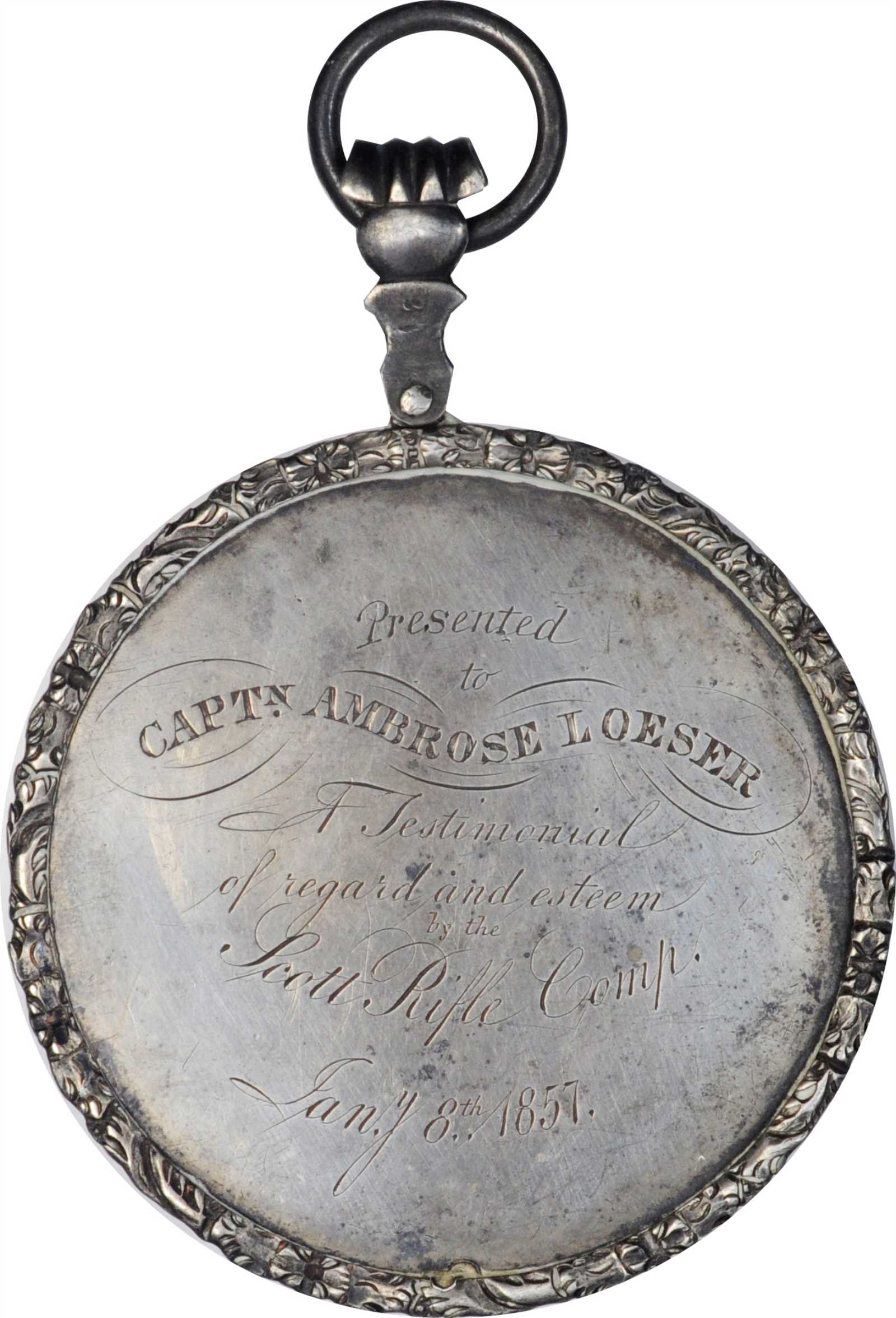 1857 Captain Ambrose Loeser Medal and Daguerreotype. The medal is lightly gilt silver, 80.5 mm x 54.9 mm, 35.5 grams. Choice Extremely Fine. An ornamental border and suspension ring surrounds a silver disc engraved on both sides. One side is inscribed PRESENTED / TO / CAPTn. AMBROSE LOESER / A TESTIMONIAL / OF REGARD AND ESTEEM / BY THE / SCOTT RIFLE COMP. / JANY 8th 1857. The other side is simply engraved SCOTT RIFLE. / INSTITUTED FEBRUARY 22, 1852. The medal shows very little wear, but there are numerous light contact marks as well as some very light undecipherable graffiti. This very rare medal was issued to then Captain Ambrose Loeser, who was, a few years later, when the Civil War broke out, commander of the First Regiment of the Schuylkill County, Pennsylvania Brigade. At that time the Scott Rifle Company was still one of the units within his regiment.The medal is accompanied by a 52 mm x 47 mm cased and glazed Daguerreotype of a man wearing a coat with what appears to be a very high collar. There is no proof that this is an image of Ambrose Loeser, but the case is impressed with the name W. L Germon, a photographer in nearby Philadelphia, so it remains a possibility. (Total: 2 items) From our (Stacks) Americana Sale of January 1999, lot 286. Lot tag included.