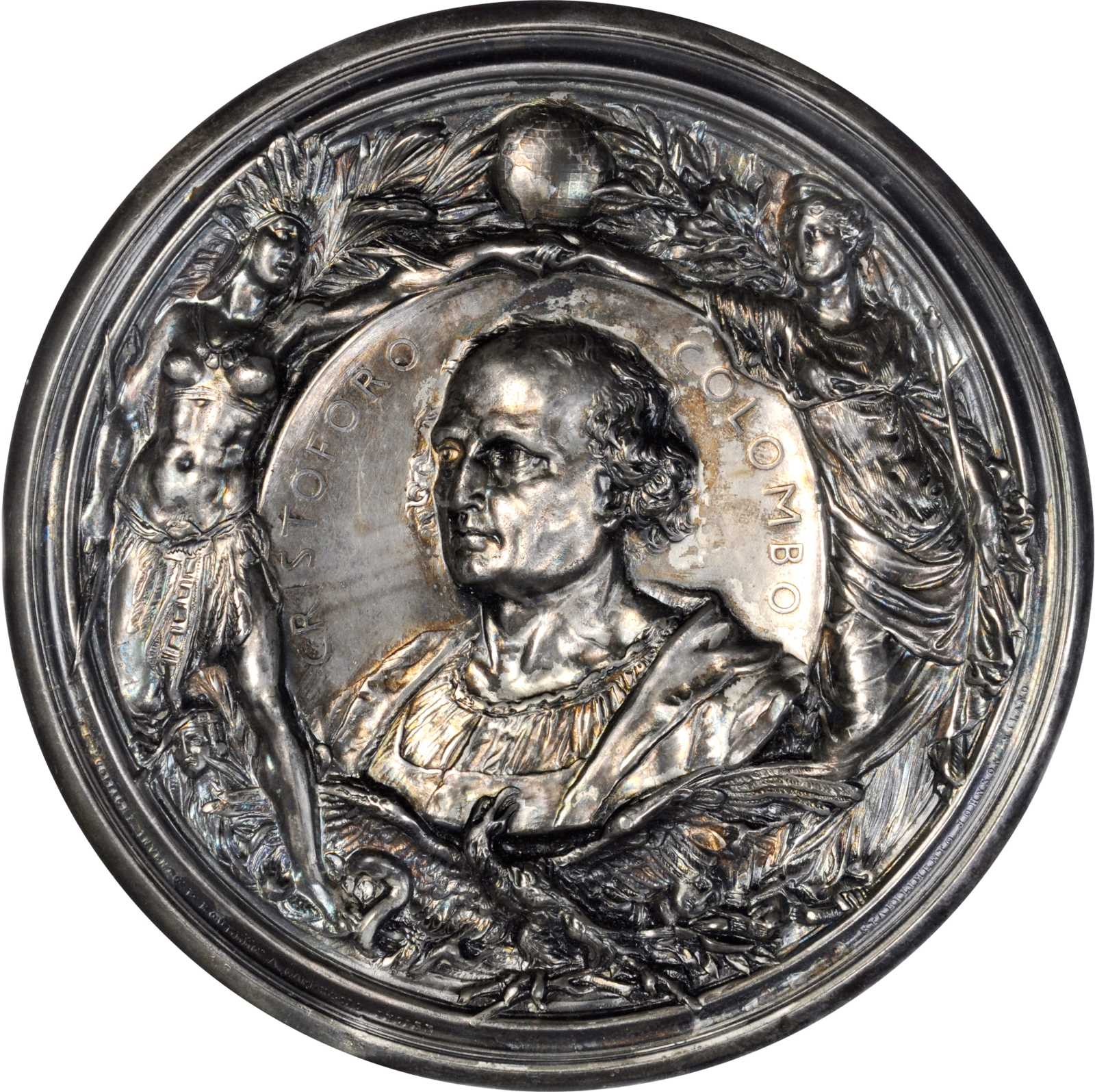 1892 Worlds Columbian Exposition. Cristoforo Colombo Medal. Silver, hollow. 102 mm. 114.5 grams. By Luigi Pogliaghi (designer) and Angelo Cappucio (engraver). Eglit-106, Rulau-B10. Mint State. Virtually Choice in quality, this richly original example exhibits antique olive-gray iridescence to both sides. The reverse is even more vivid when observed with the aid of direct lighting, at which angles one is treated to vivid powder blue and pinkish-silver highlights. All design elements are fully rendered in high relief, allowing ready appreciation of this outstanding design. The surfaces are free of detracting marks, the only blemishes of note a pinch on the border at 7 oclock relative to the obverse and two shallow edge dents at 6:30 and 9 oclock, again relative to the obverse.Known as the Stefano Johnson medals for the firm that produced them in Milan, Italy, this medal in its three sizes and various metallic compositions, is generally regarded as the most beautiful of all Columbian medals. This is an intriguing and particularly desirable example in a fabric that we have cannot recall ever handling before. The size is the same as that attributed as Eglit-106, Rulau-B10, although traditionally we have seen only bronze and white metal impressions. This is a hollow silver production with two tiny holes, as made, on the edge just before 12 and 6 oclock relative to the obverse. An exciting and undoubtedly rare offering that is sure to see spirited bidding among advanced Columbiana specialists. From William O. Coats Auctions J. Henri Ripstra Collection sale, February 1975, lot 716. Collector envelope with provenance notation included.