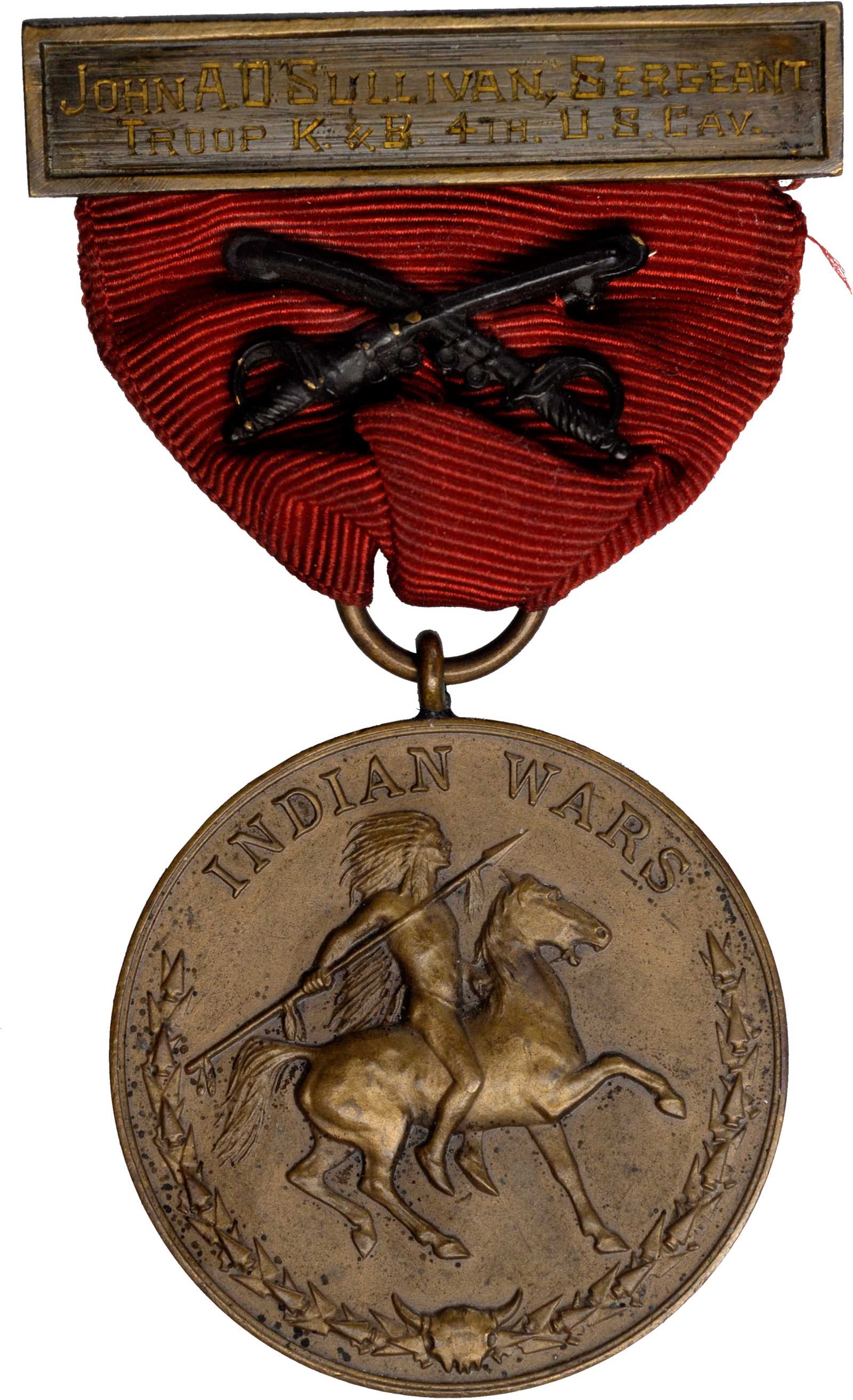 Undated (Instituted 1907) Army Indian Wars Medal. Bronze. 32.85 mm, excluding loop, ribbon and hanger. Barac-26, Vernon-208. About Uncirculated. Obv: Classic Indian Campaign Service medal with mounted Indian wielding a spear and riding right, INDIAN WARS above and a cow skull tied wreath below. Rev: Eagle standing on cannon, shield and flags, inscriptions UNITED STATES ARMY above and FOR / SERVICE below. The edge lettered M. No. 743. This example enhanced by a bronze pin-back hanger inscribed JOHN A. OSULLIVAN, SERGEANT / TROOP K. & B. 4TH U.S. CAV., and crossed sabers on the red watered silk ribbon that connects the medal to its hanger. A Private John Francis OSullivan of the 4th U.S. Cavalry was a MEDAL OF HONOR winner, which was awarded to him for actions at Staked Plains, Texas on 8 December 1874. The citation was for "Gallantry in a long chase after Indians." The discrepancy in the middle initial is believed to be an engravers error, and the discrepancy in rank due to promotions after the action and before the campaign medal was instituted in 1907.