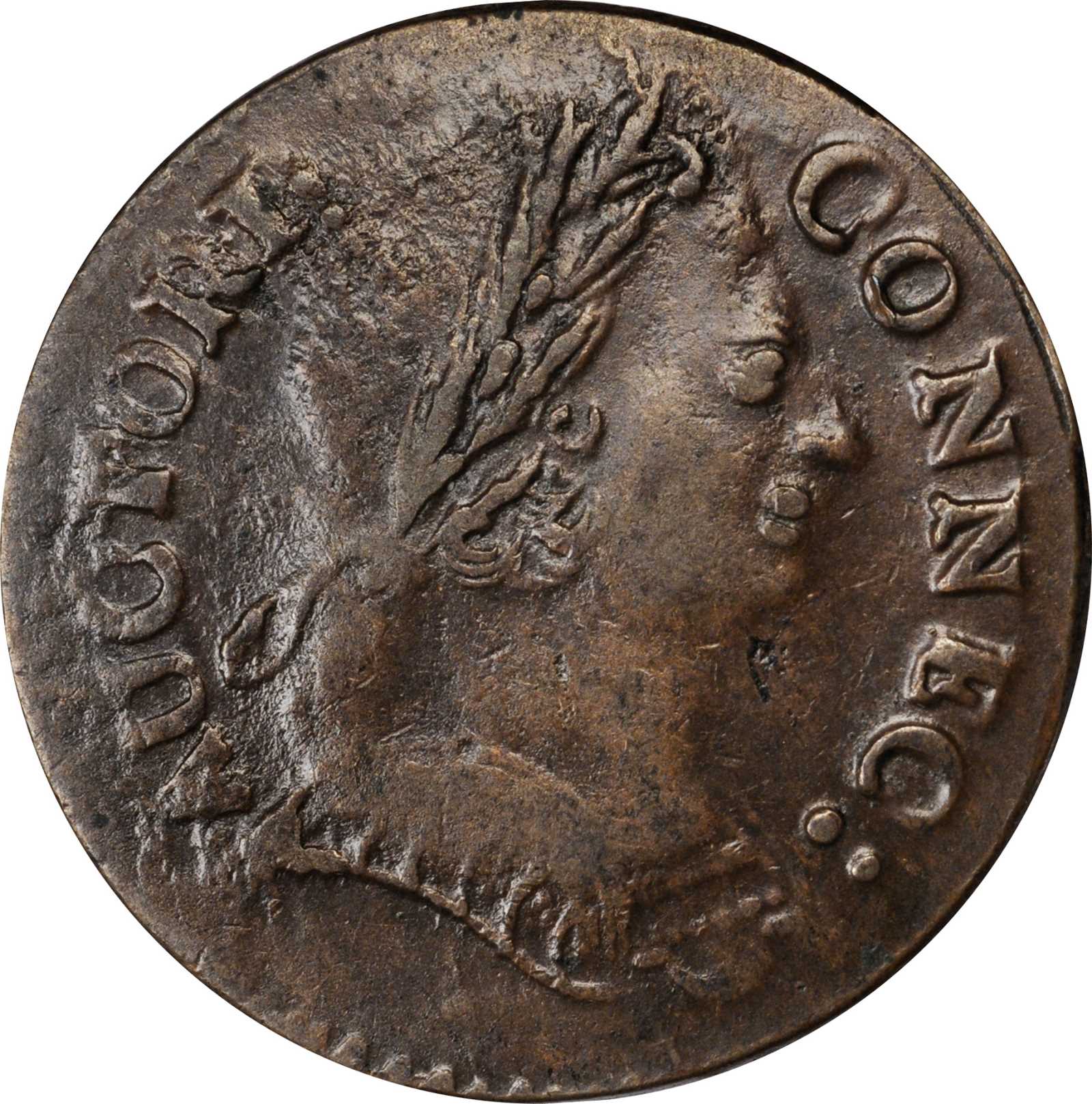 1785 Connecticut Copper. Miller 4.3-D, W-2370. Rarity-5+. Mailed Bust Right. AU-55 (PCGS).130.4 grains. Robert had called this “Extremely Fine and choice, Probable Finest Known” on his envelope, an understatement given this coin’s superlative, olive brown surfaces and near absence of wear. We believe this coin to be a Choice AU from that standpoint, with just a hint of cabinet friction at the high points, and rich mint gloss all around. When purchased by Robert at the Melnick sale, it was called “VF+, ” and not surprisingly so, given that the finer detail of the hair, neck and mail have been nearly obliterated as a result of acute wear to the die in those areas. The reverse is in an early, yet not perfect state of the die, chiefly seen as spalling at the peripheries that does not affect the sharpness of the central motif of seated Liberty. Her gown, globe, staff and shield are sharp and fully rendered where unworn, and the overall strike is full and centered on both sides. Planchet flaws are rife on this die marriage, but here they are minimal, with a tiny one below obverse effigy’s chin, and a thin one that parallels the olive branch on the reverse. Long considered R-4 for the die combination and modified upward over the years, even as high as R-6, but now the rarity seems to have settled comfortably into the Rarity-5+ range. This is potentially the best survivor of the combination—it is easily far finer than most of those in the most famous collections like Ford, Norweb, Taylor, Collection SLT, and Perkins, which all had middling specimens when compared to this gem. The closest, though slightly inferior, example appears to be lot 525 in Bowers and Ruddy’s 1976 Turoff sale. Probable finest known cost only $330 in 1983, but we think the price of greatness will be bit more in 2019!From the Robert M. Martin Collection. Ex Herbert I. Melnick’s sale of November 4, 1983, lot 54.