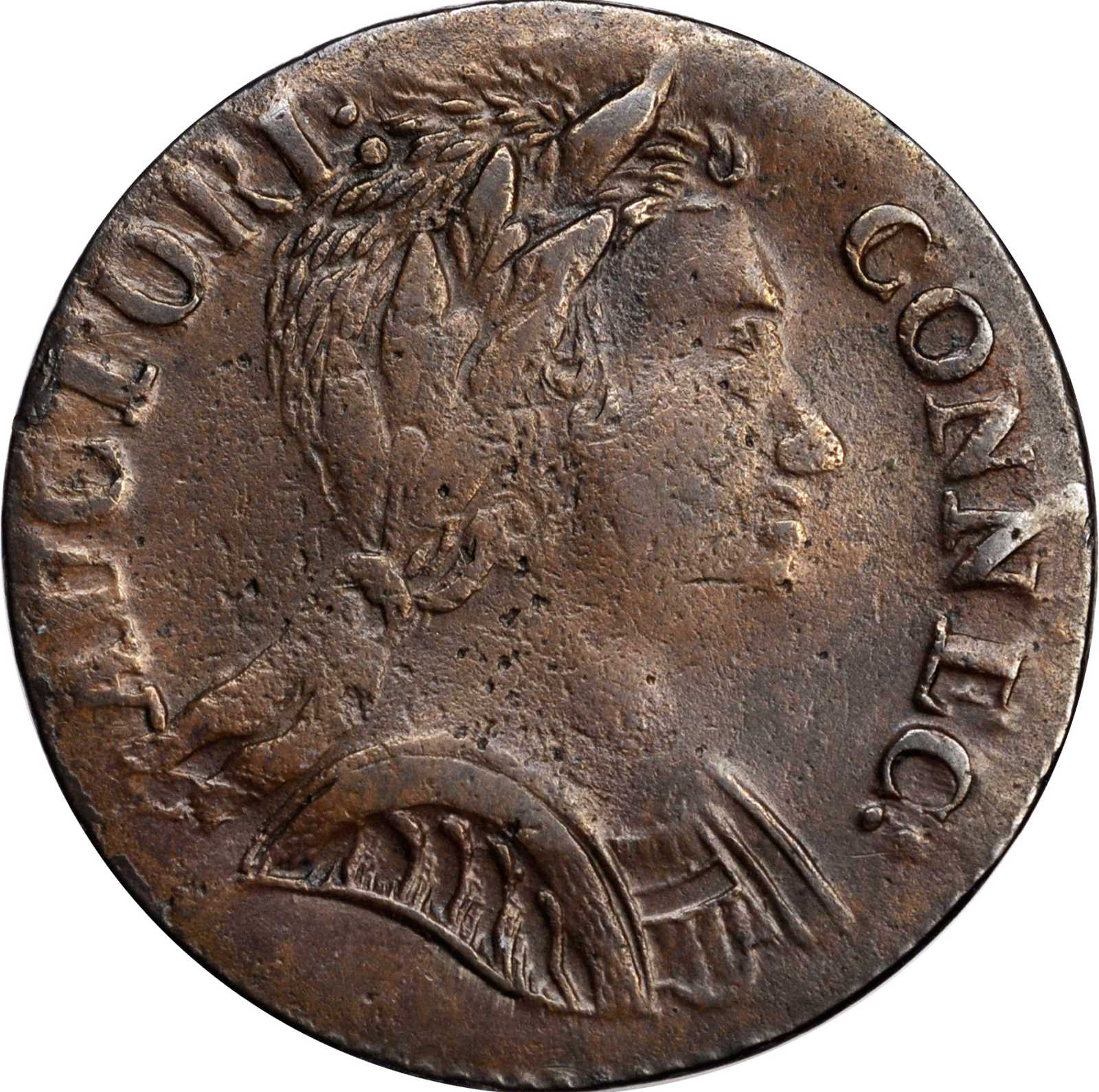 1785 Connecticut Copper. Miller 6.3-G.1, W-2400. Rarity-3. Mailed Bust Right. EF-45 (PCGS).151.5 grains. Called “Choice Extremely Fine, Condition Census” by Robert, and described as “the lovely glossy chocolate brown surfaces suggest a grade of AU” in its 1981 auction appearance, this coin is a beauty in the Connecticut series. Well struck at the peripheries, but the inherent planchet roughness and pitting in the original planchet surface weaken the central design details, as seen on many of the late die state examples of this die marriage. The reverse is in an especially advanced state of failure, the left field and adjoining design are deeply sunken, and wave-like lines of stress are noted at the lower and especially the upper reaches of the die; this coin may very well represent the G.1 die’s latest state before it was reworked into reverse E, a metamorphosis that was revealed in the July 1983 issue of <em>Colonial Newsletter</em>. As to be expected of an R-3 die marriage, there are a number of examples that are EF or better, such as Garrett’s, Taylor’s, the 1975 EAC coin, and Oechsner’s, and Robert’s would be competitive in any ranking. According to his notes he owned at least one other 6.3-G.1, acquired in 1982 but evidently sold at some point over the years. We believe he retained this one for the sheer technical hilarity of the advanced die states. As a curious aside, we note perfectly vertical striations along the entire circumference of the edge, perhaps an artifact left behind by the stroke of the planchet cutter.From the Robert M. Martin Collection. Ex Bowers and Ruddy’s sale of the Springfield Collection, December 15-18, 1981; H.I.M. Inc. Sale of November 4, 1983, lot 56.