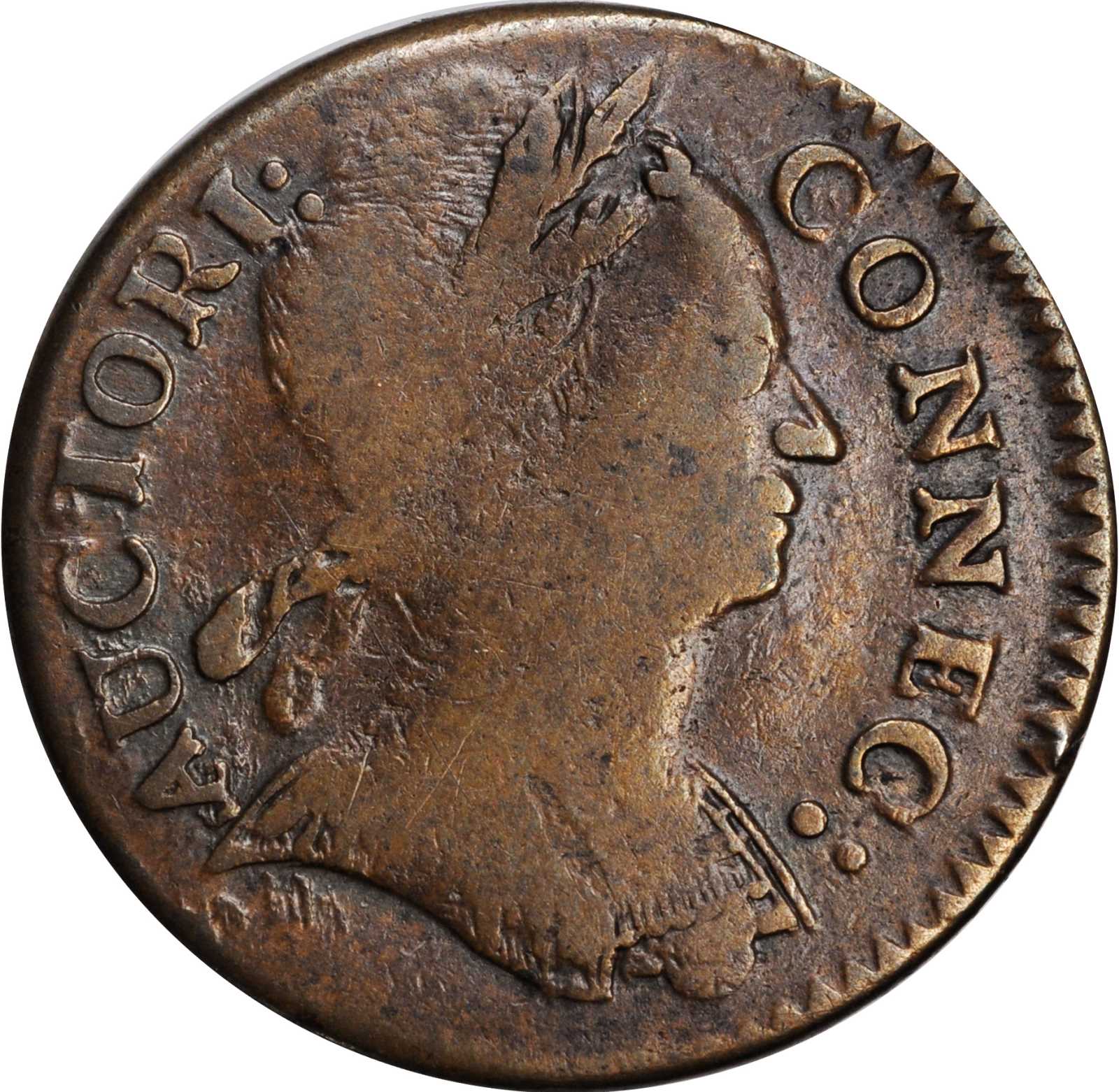 1785 Connecticut Copper. Miller 6.4-I, W-2420. Rarity-2. Mailed Bust Right. VF-20 (PCGS).132.9 grains. Here is a stereotypical Connecticut copper inasmuch as the surfaces scream “EF” but the amount of detail remaining says “VG”! Light mahogany brown with choice, glossy surfaces that are nearly absent the very bad planchet flaws that sometimes afflict this die marriage; only a few small green pits around Liberty’s head may point at some planchet impurities. Collected by Robert not only for the choice surfaces but also for the incredibly late state of the dies—the obverse effigy is worn but intact, with intense spalling in the fields, while the reverse shows similarly intense spalling combined with a catastrophically sunken center that has essentially obliterated all detail from the struck coin. Randy Clark notes that this reverse I was originally reworked from reverse K, and then was reworked again into reverse A.2. It is a wonder that the reverse survived so many reworkings! Interestingly, Clark also notes that this obverse 6.4 might have been reworked into 4.3, making Miller 6.4-I the poster child for the economization of 18th century die steel!From the Robert M. Martin Collection. Provenance not recorded.